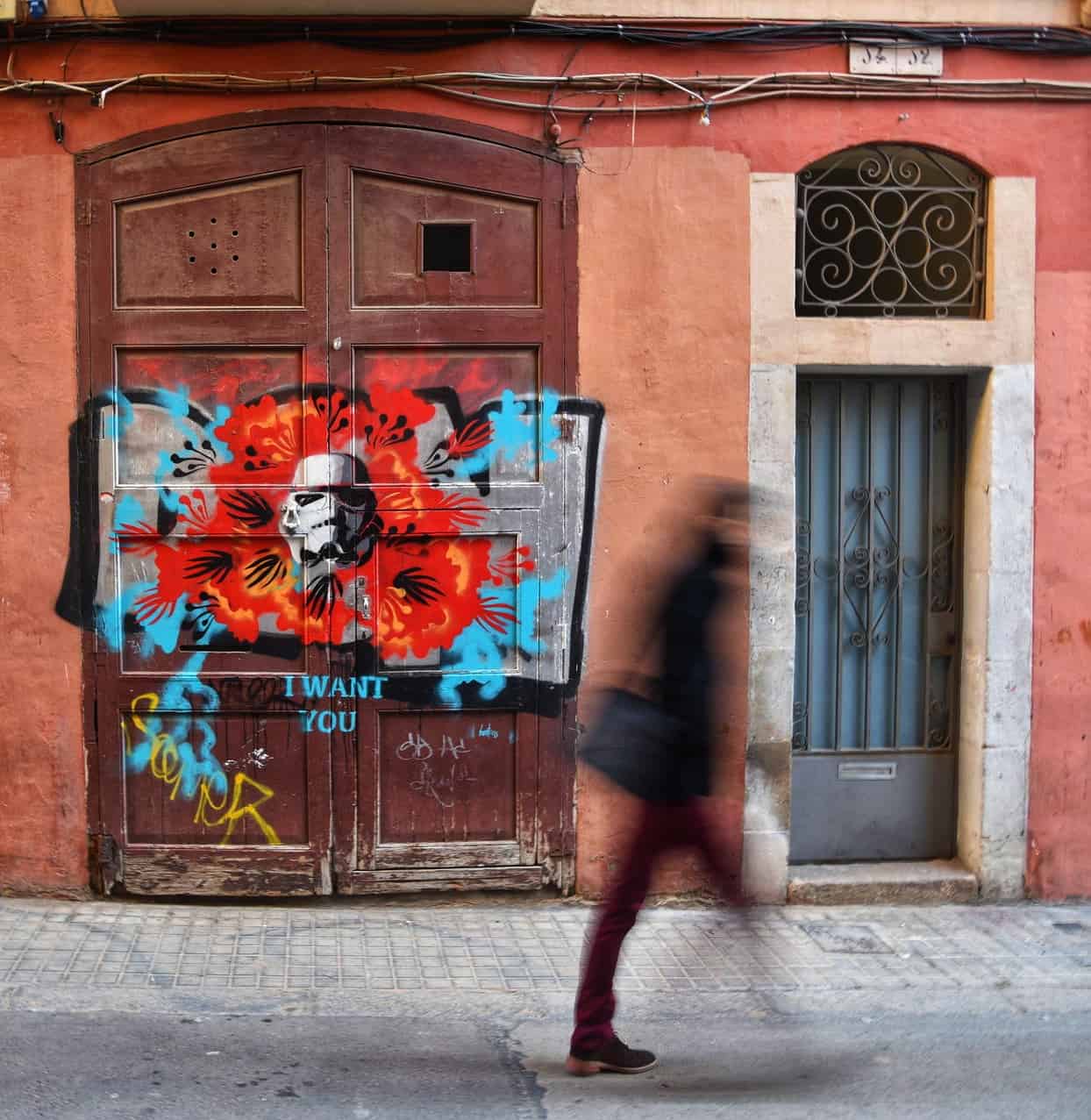 Barcelona lives and breathes creativity, with the artistic spirit of icons such as Pablo Picasso, Joan Miró and Antoni Gaudí lingering in the narrow streets of Ciutat Vella.

La Escocesa is a self-managed creation space and meeting point for artists working in the visual arts. Launched in 1999, it offers artists affordable spaces and support in their professional development. The mural above is by Miss Van (Vanessa Alice) . Originally from Toulouse, Miss Van is currently based in Barcelona. She started wall-painting in 1993, initiating the feminine movement in street-art.

Street art as you enter Hangar, a center for art research and production, offering support to artists in El Poblenou. Hangar was founded in 1997 by the Associació d’Artistes Visuals de Catalunya.

Doorway in El Raval by El Xupet Negre (Carlos Redón). The black dummy logo dates back to 1987 and can be seen all over Barcelona. El Xupet has been credited as a pioneer of logo art and as one of the most influential street artists in the world.

A piece in La Ribera neighborhood by Bronik, a Peruvian street artist currently living in Barcelona. Her colorful style can be seen in several Barcelona neighborhoods and she uses a variety of techniques including spray paint, stencils and tags.

The Notorious B.I.G. portrayed by AXE Colours on a backstreet of the Gràcia neighborhood. AXE Colours is a team of two artists, Adrià and Oriol who have known each other since childhood and always shared an interest in the arts.

El tiburón (the shark) by Blu, an Italian street artist that currently lives in Bologna, Italy. The giant shark in the working class El Carmel neighbourhood has a strong political undertones. The mural was created in the wake of the 2008 financial crisis and depicts a shark, made out of €100 bills, devouring the faded acronym ‘PSOE’, which stands for Partido Socialista Obrero Español (Spanish Socialist Workers’ Party).

La Carbonería in Sant Antoni, was a famous okupa (squatted) house from 2008 until 2014. Originally called Casa Tarragó, the building is the oldest in Eixample, dating back to 1864. It was once used as a coal factory and it now sits empty on the corner of Comtes d’Urgell and Floridablanca streets.

A piece on a doorway in El Poble Sec by the Parisian artist C215 (Christian Guémy). C215 is most famous for his stunning stencils and he has been creating street art for 20 years. His moniker comes from the name of a prison cell that he was once locked up in.

Swab Stairs exhibits the work of young talent on stairs of metro stations, as part of the Swab Barcelona Contemporary Art Fair.

While street art is scattered across the entire city, there are several areas of particular interest.

The work of many of Barcelona’s top street artists can be found on its walls. Check out the Nau Bostik website here.

In the district of Sant Martí, near the Selva de Mar metro station (L4) are some of the most lively walls in Barcelona. The block mentioned earlier, comprised of Carrer de Veneçuela, Carrer de l’Agricultura, Carrer de Pallars and Carrer de Josep Pla is a major hotspot. The nearby street of Carrer de la Selva de Mar where it meets with Carrer del Perú is also very active.

🤔 Test your knowledge with our Barcelona Street Art Quiz!

Montana Gallery is is an exhibition space launched in 2007 that highlights talented local artists with a background in graffiti and street art.

Base Elements Gallery in the Gothic Quarter specializes in graffiti and urban art.

Artevistas Gallery features contemporary art from Spanish and international artists including street-art and prints. The gallery is situated in the same building where Joan Miró was born.

Las Calles Hablan is a fantastic documentary about street art in Barcelona.

The Top 20 Street Artists to see in Barcelona Great post listing the who’s who of the Barcelona urban art scene.

Throw up: A throw-up (throwie) is made up of easy-to-paint bubble style letters.

Tag: A graffiti writer’s tag is his or her unique signature, normally done in one color.

Bombing: To bomb is to paint many surfaces in a city area within a short time.

Installation: A work that is often 3D or sculptural that may combine several techniques.

Wildstyle: A graffiti style using complex lettering which intertwines within itself and often other shapes and lines making it hard to read for the untrained eye. 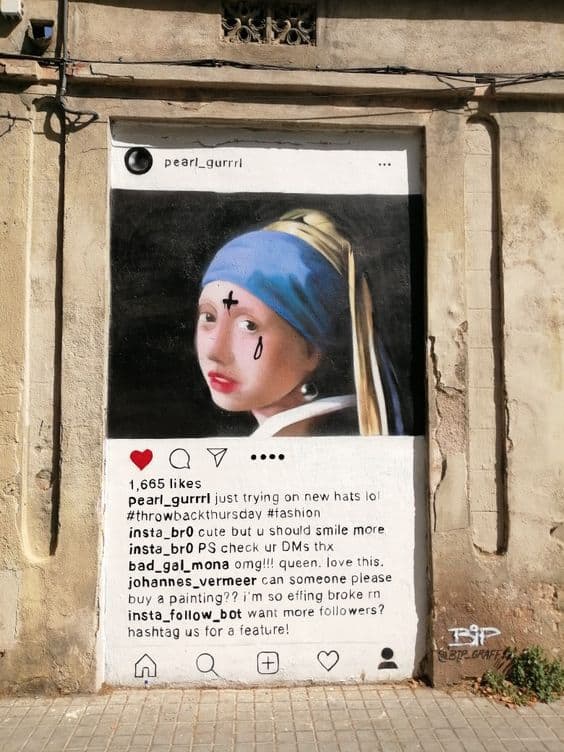 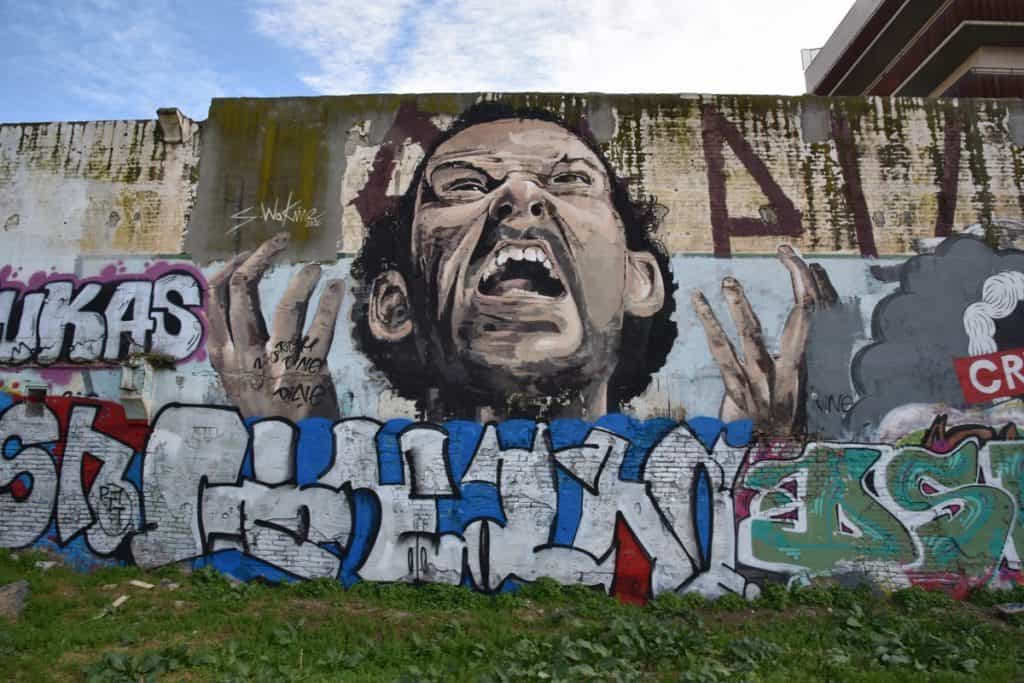 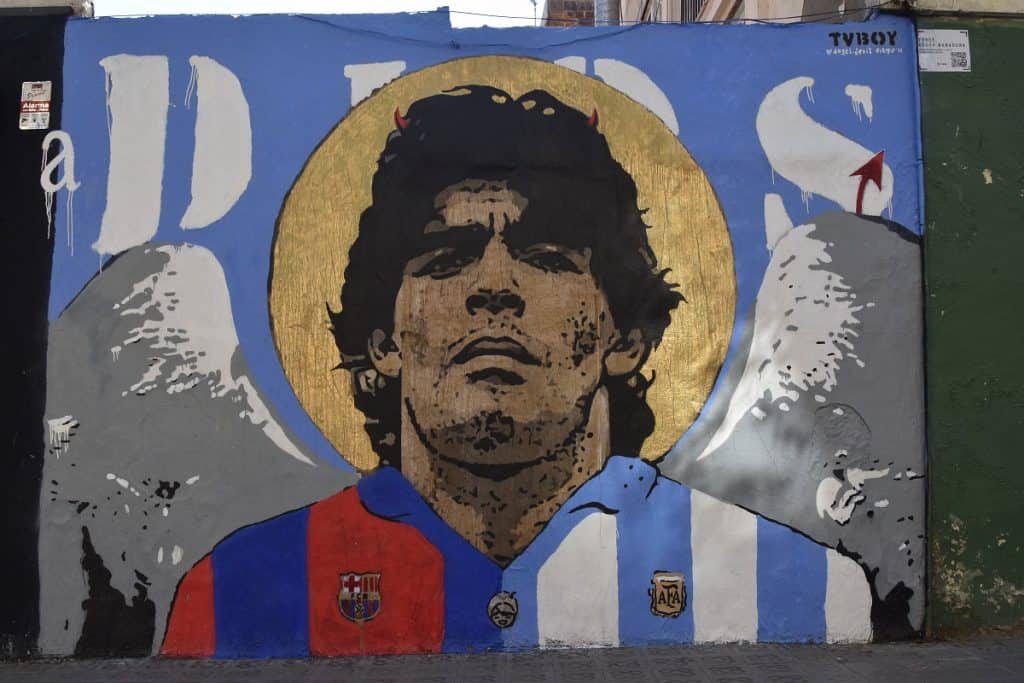 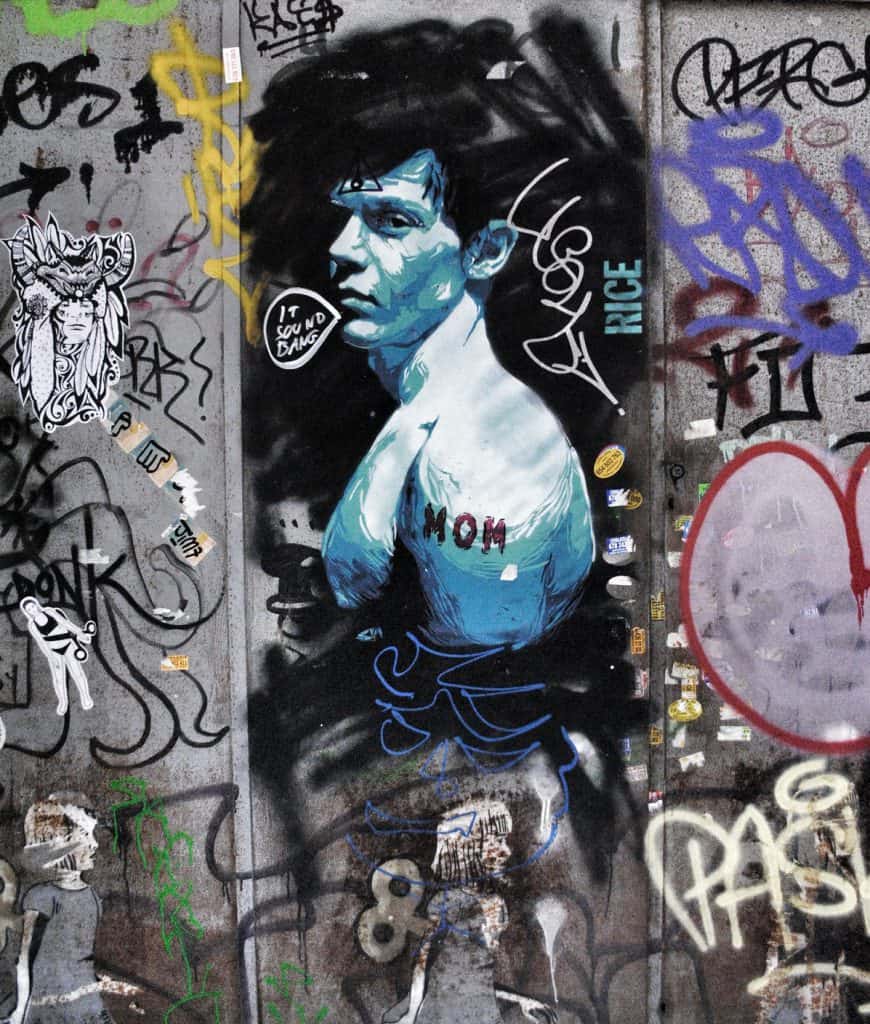 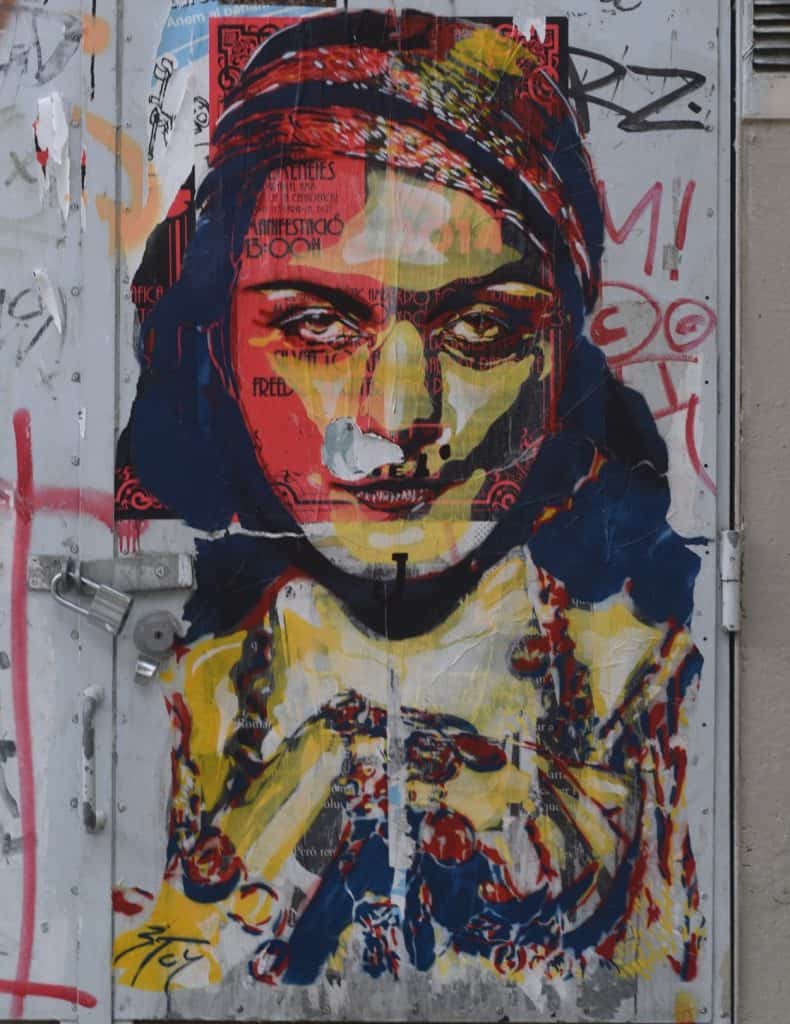 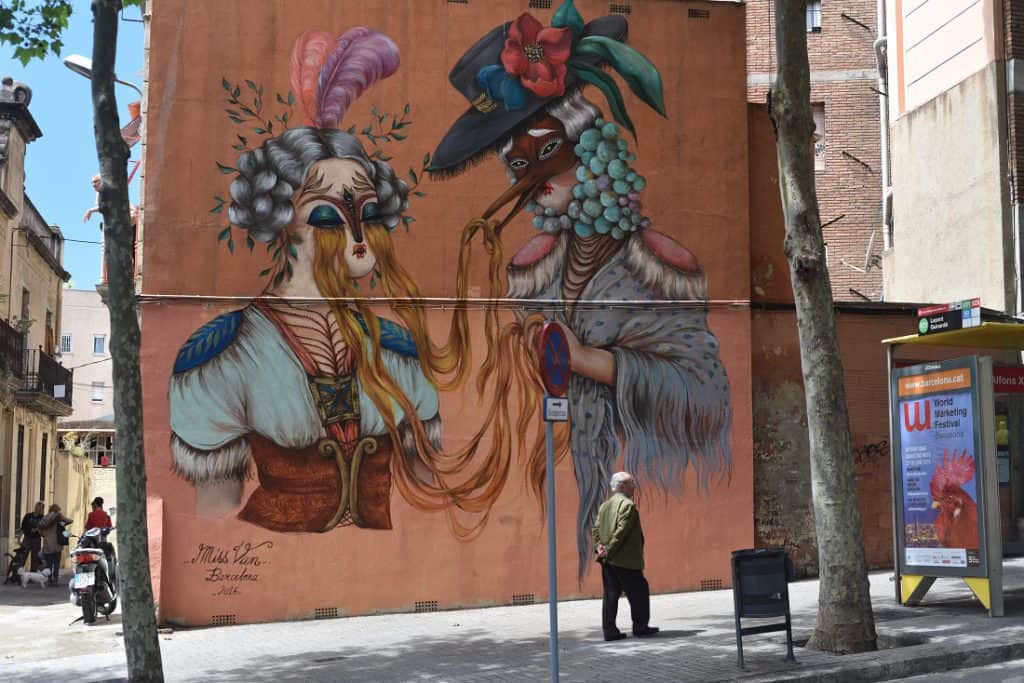 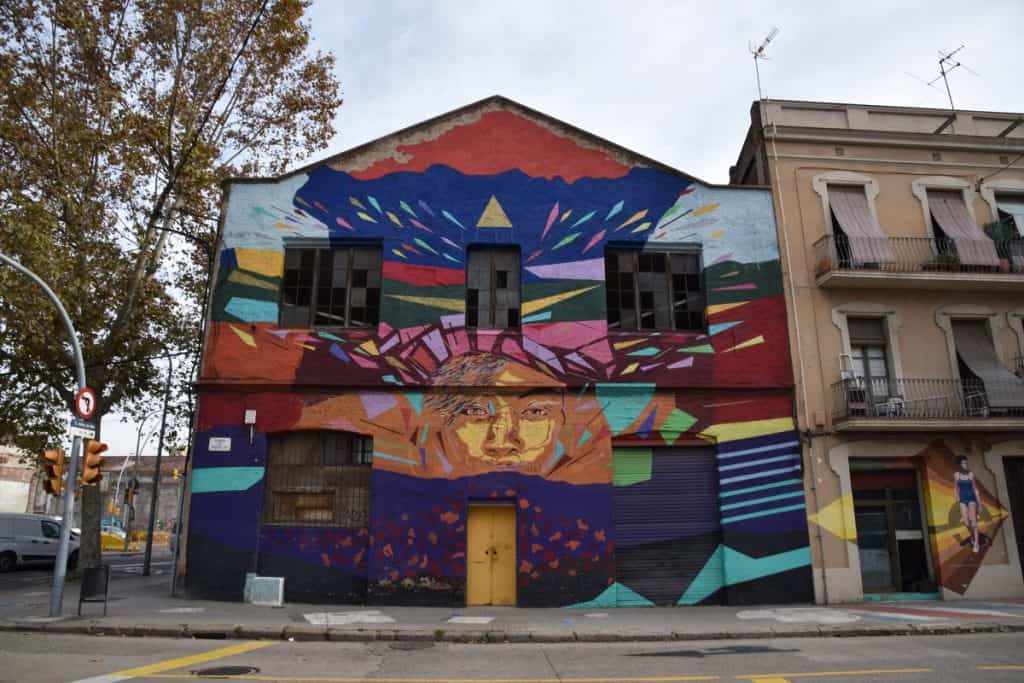 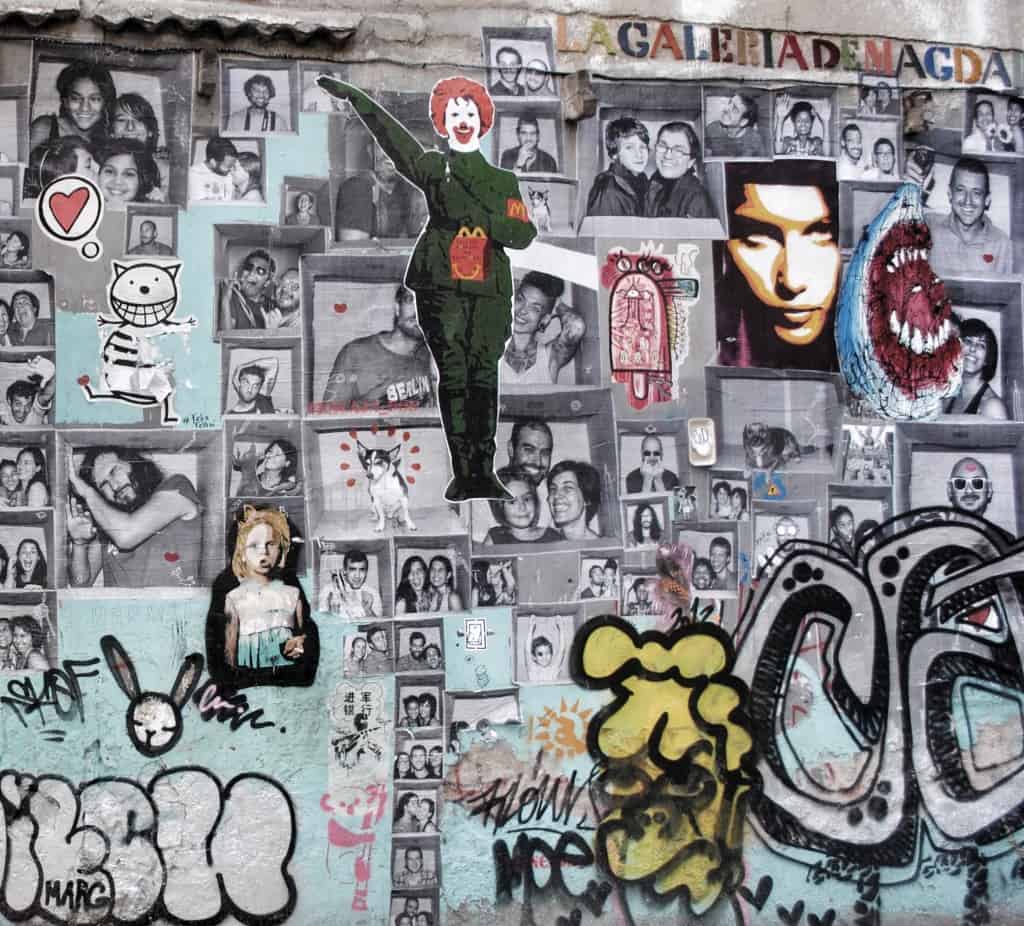 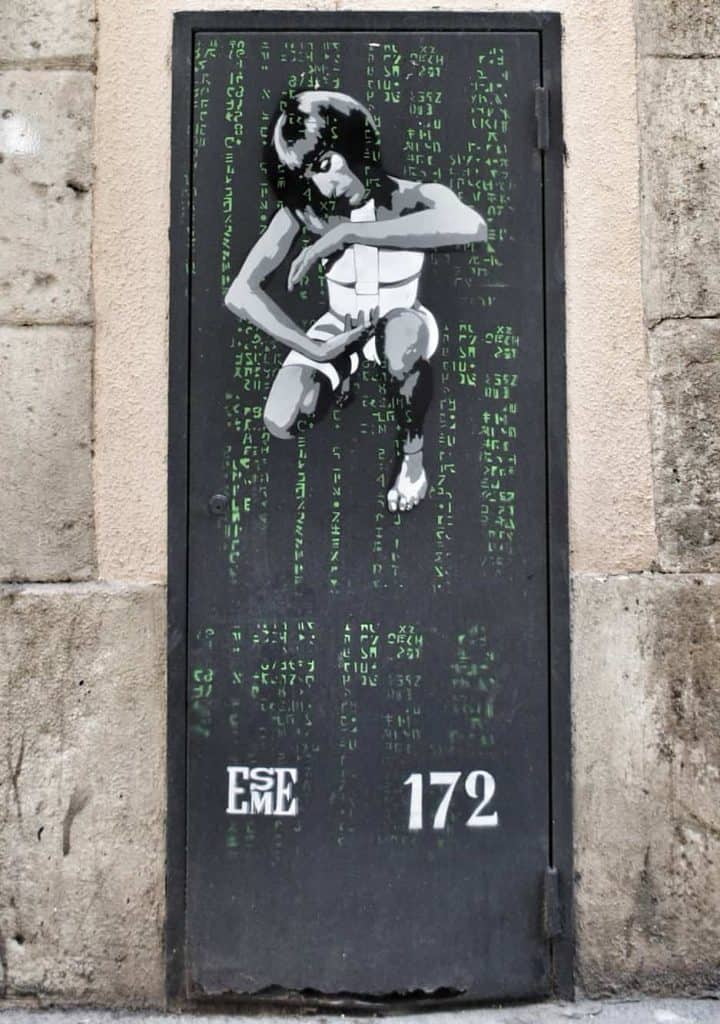 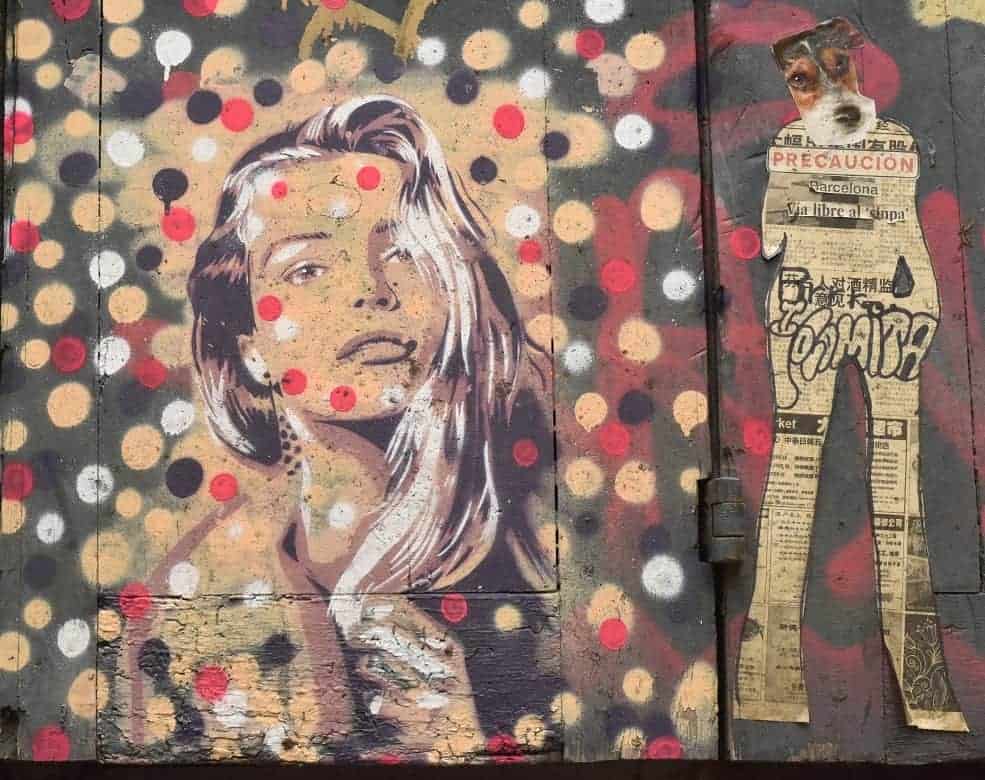 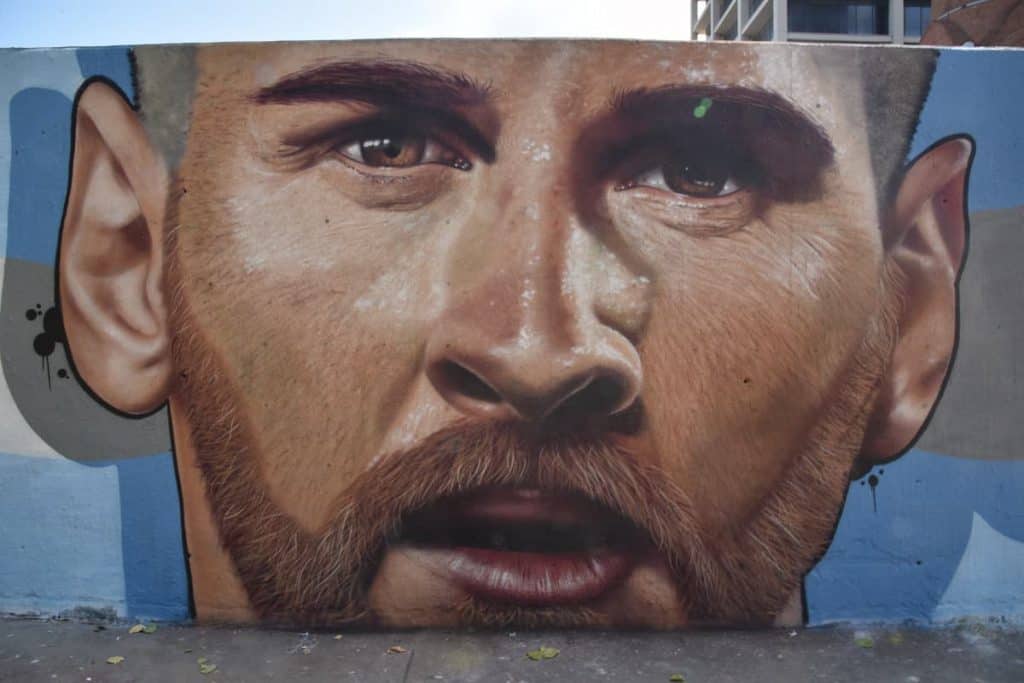 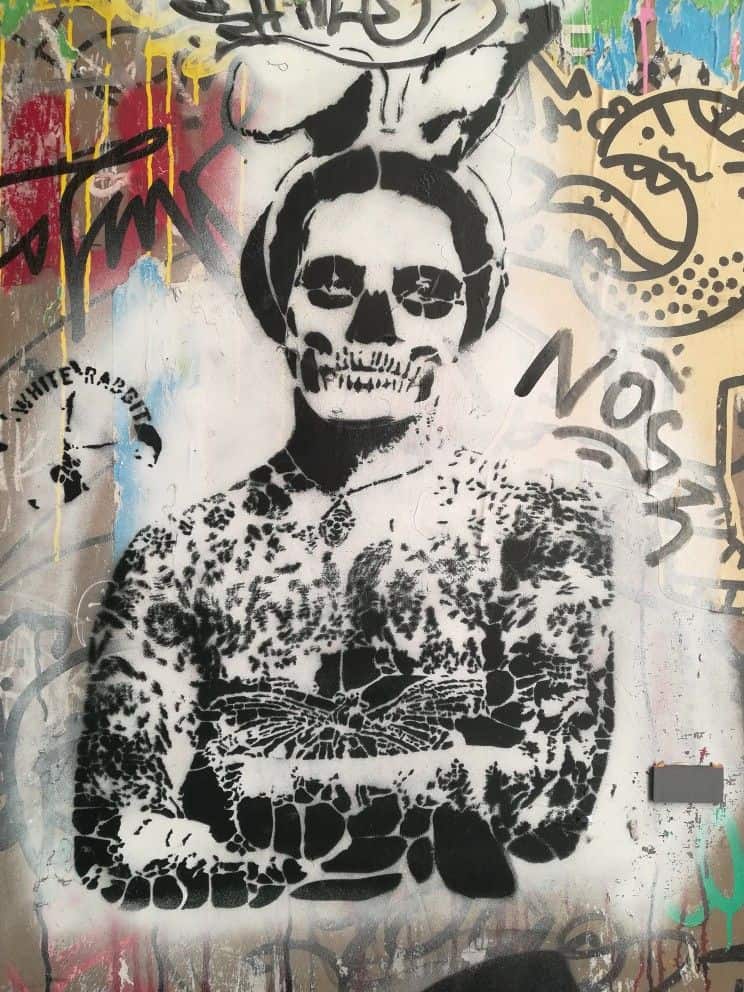 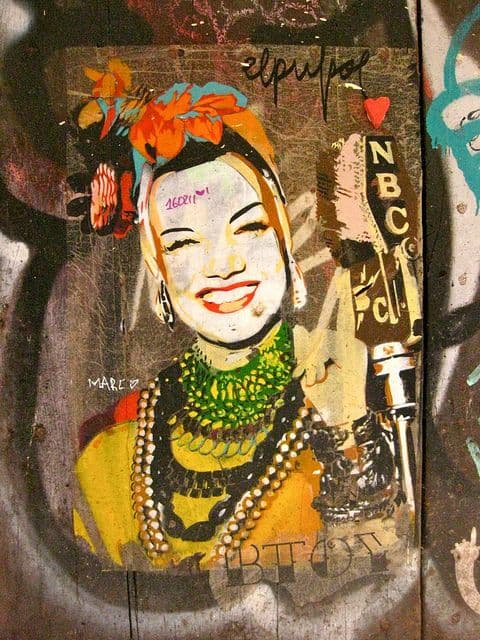 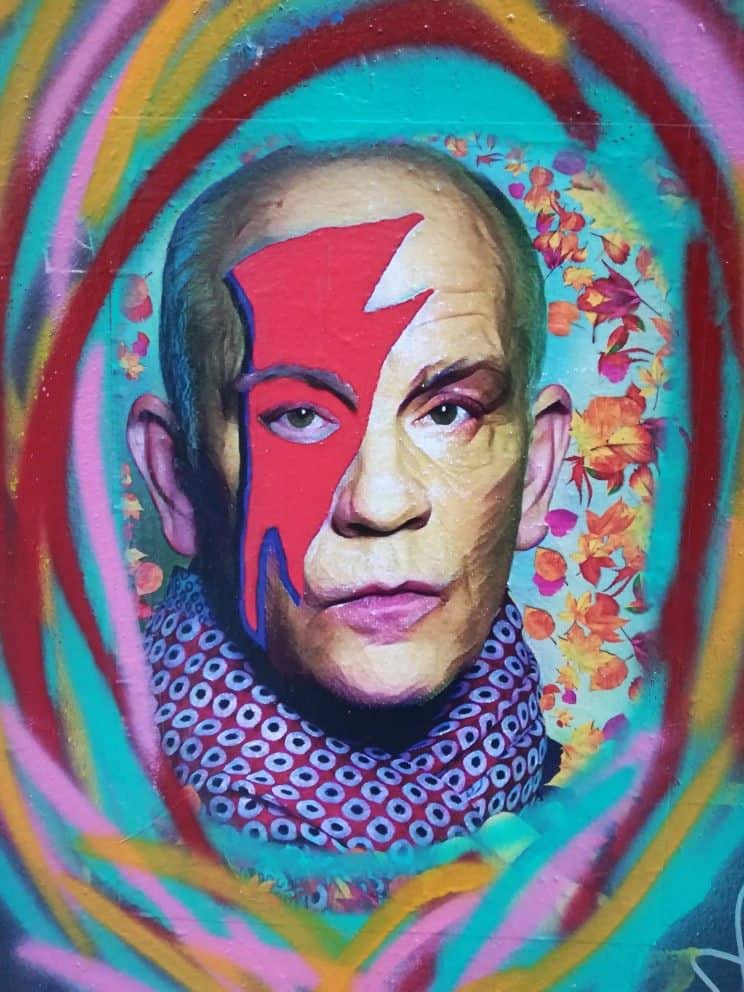 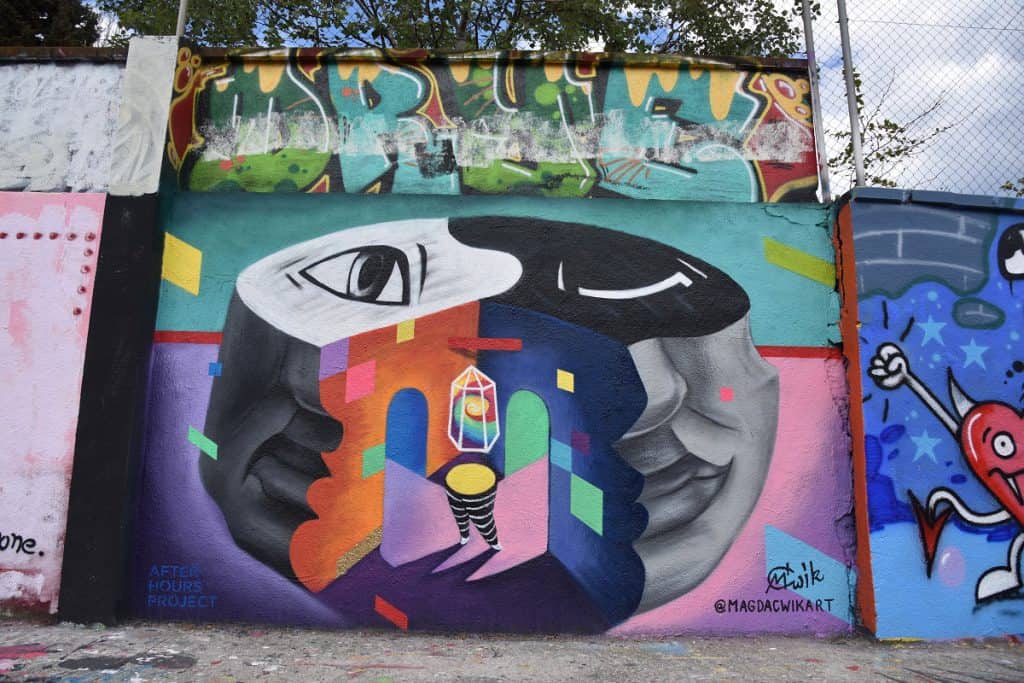 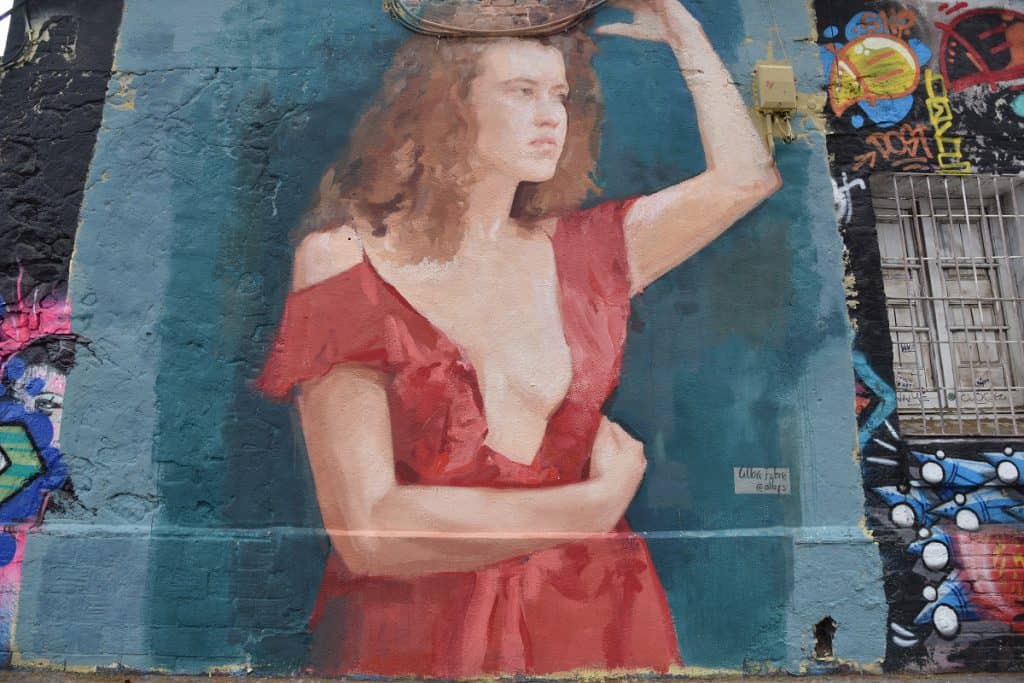 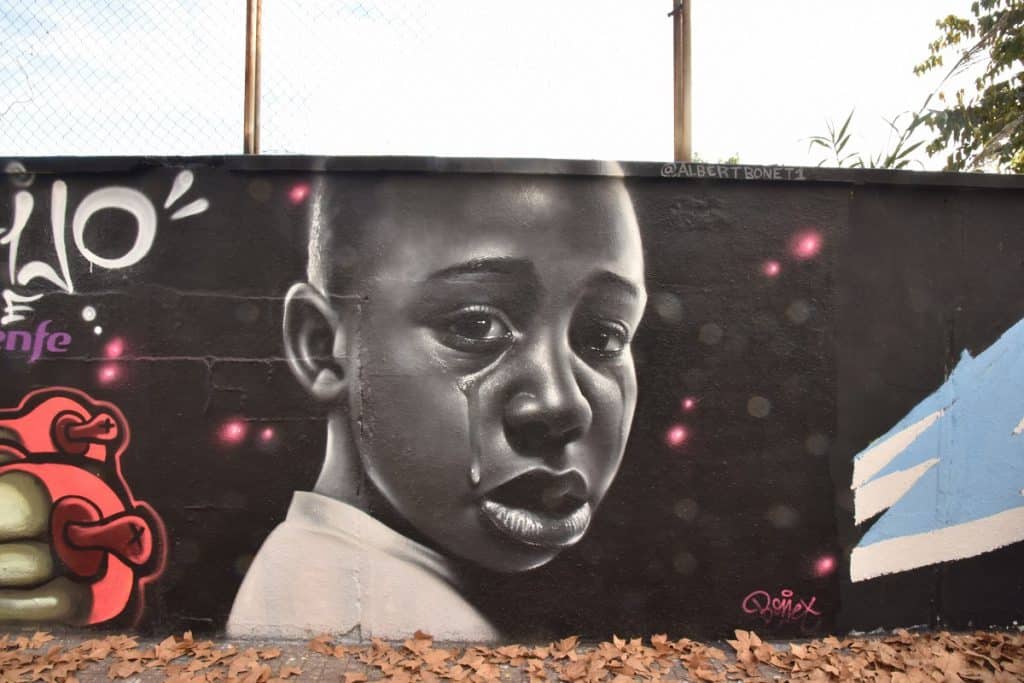 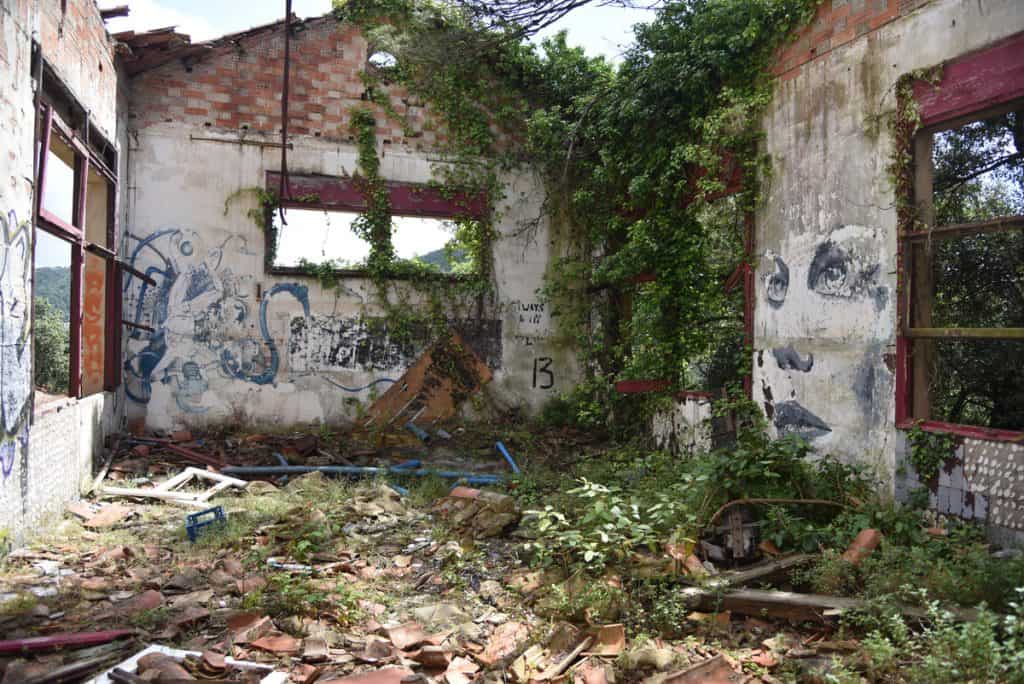 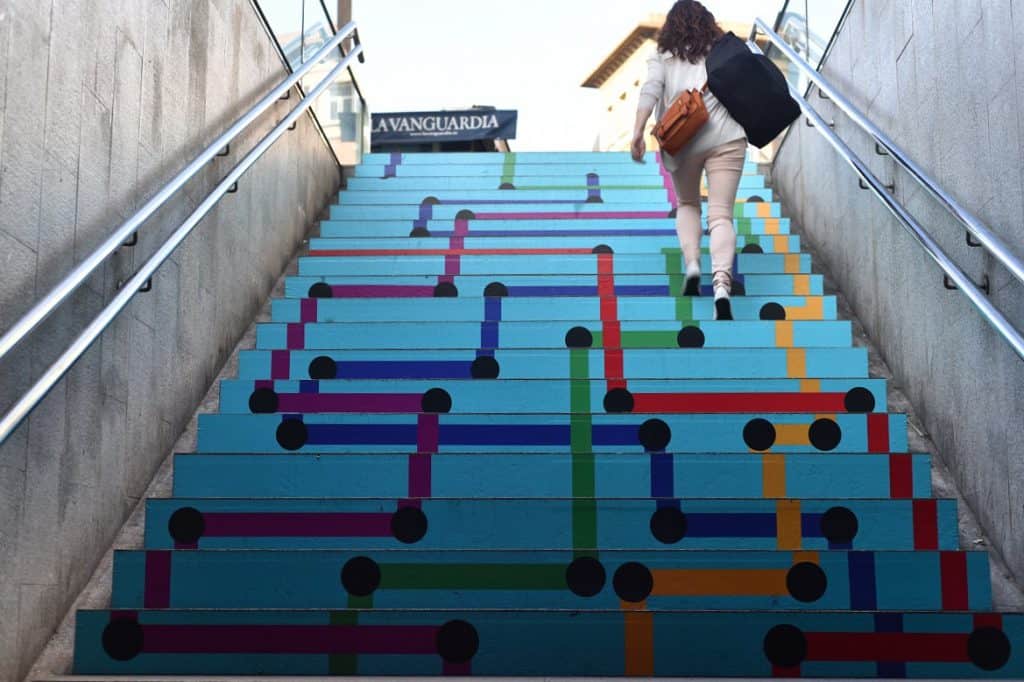 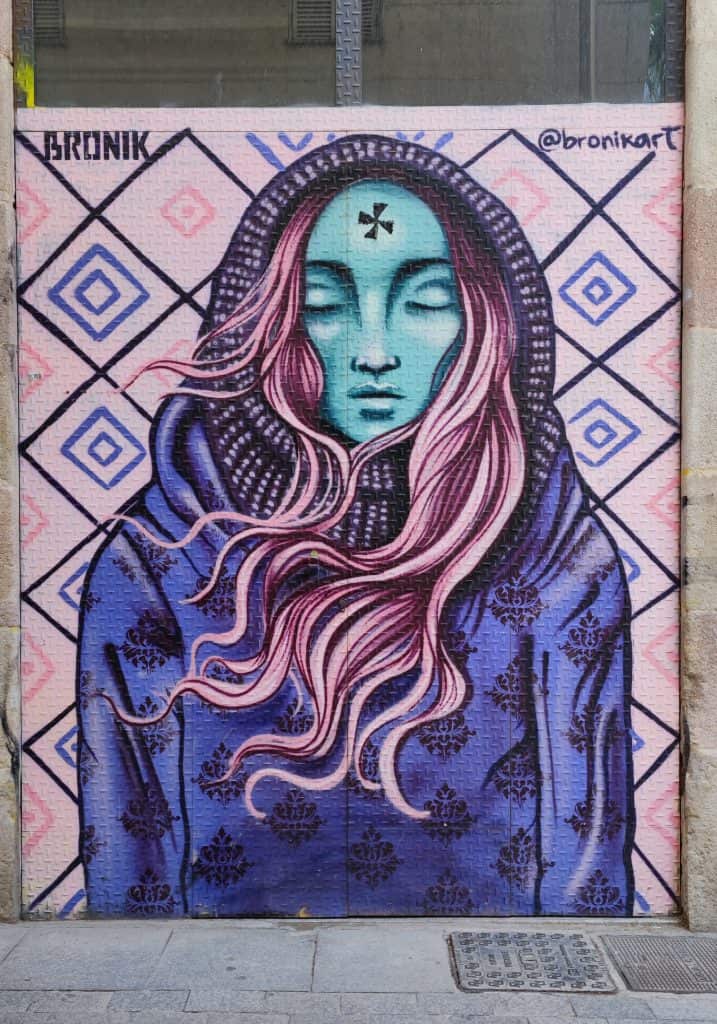 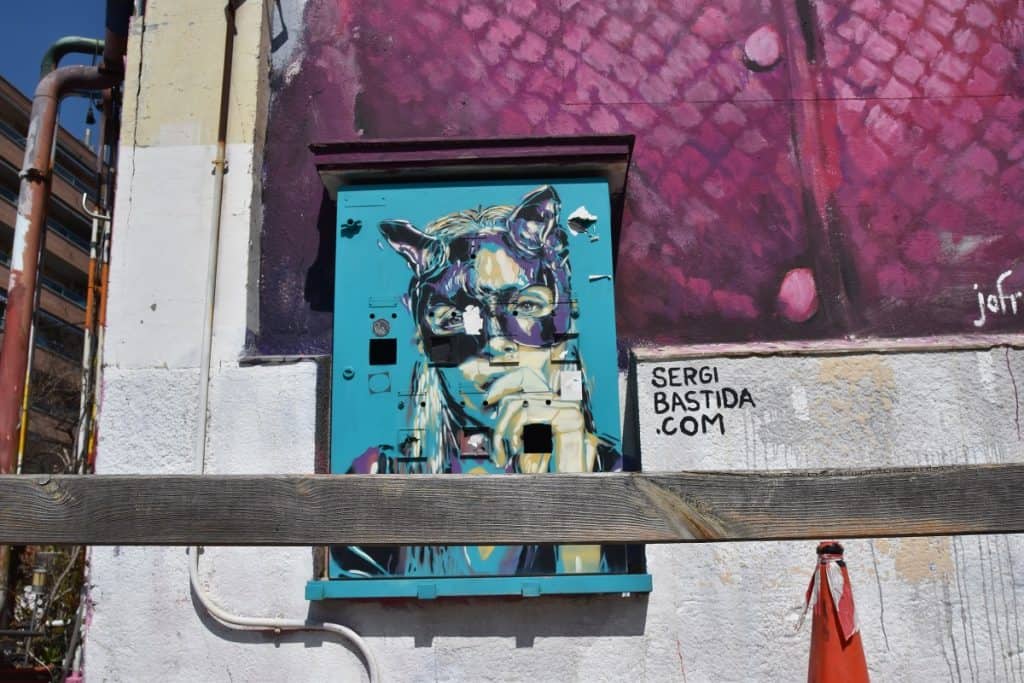 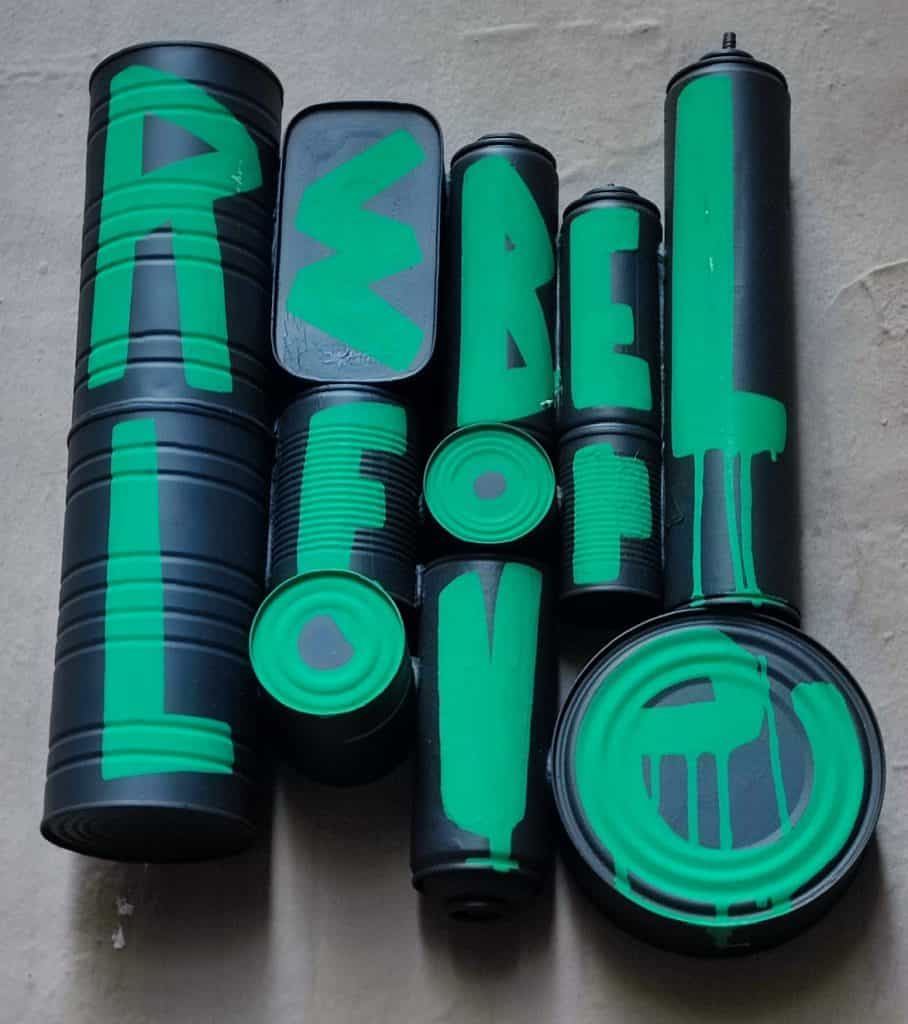 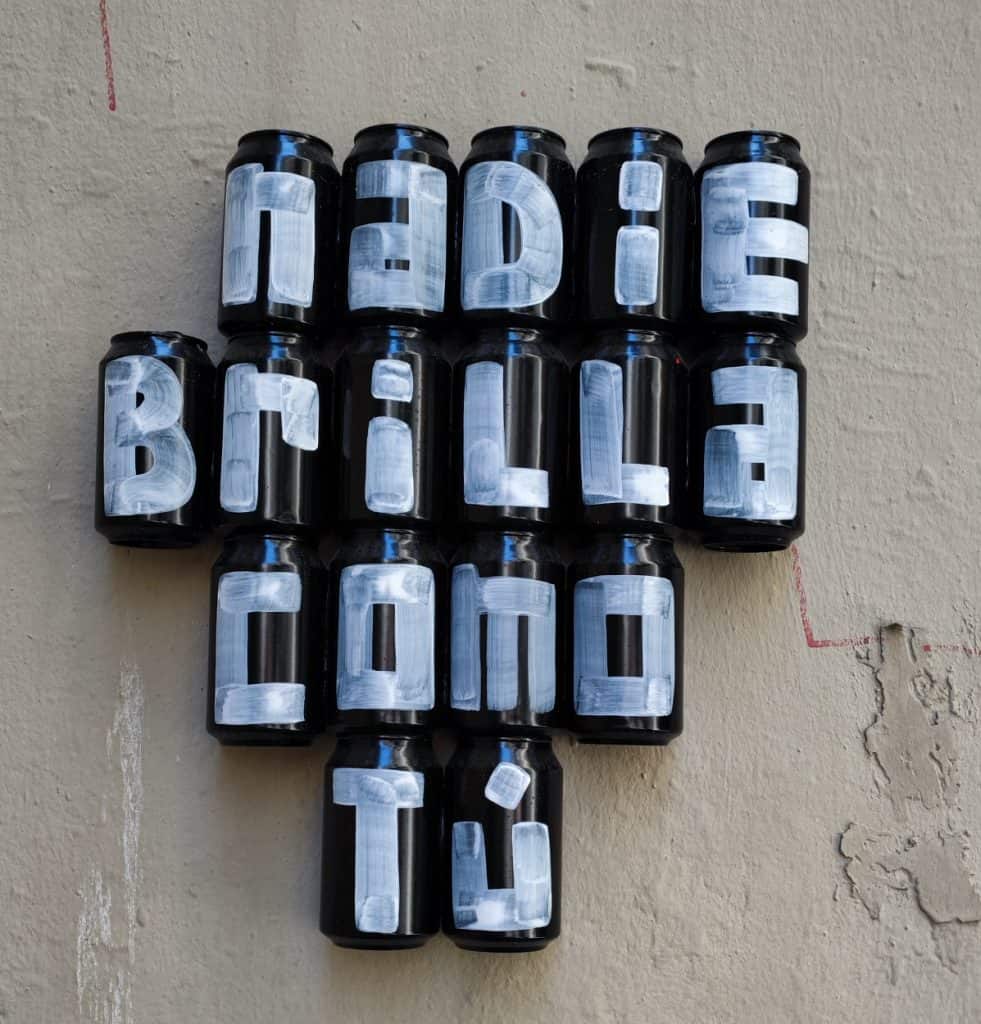 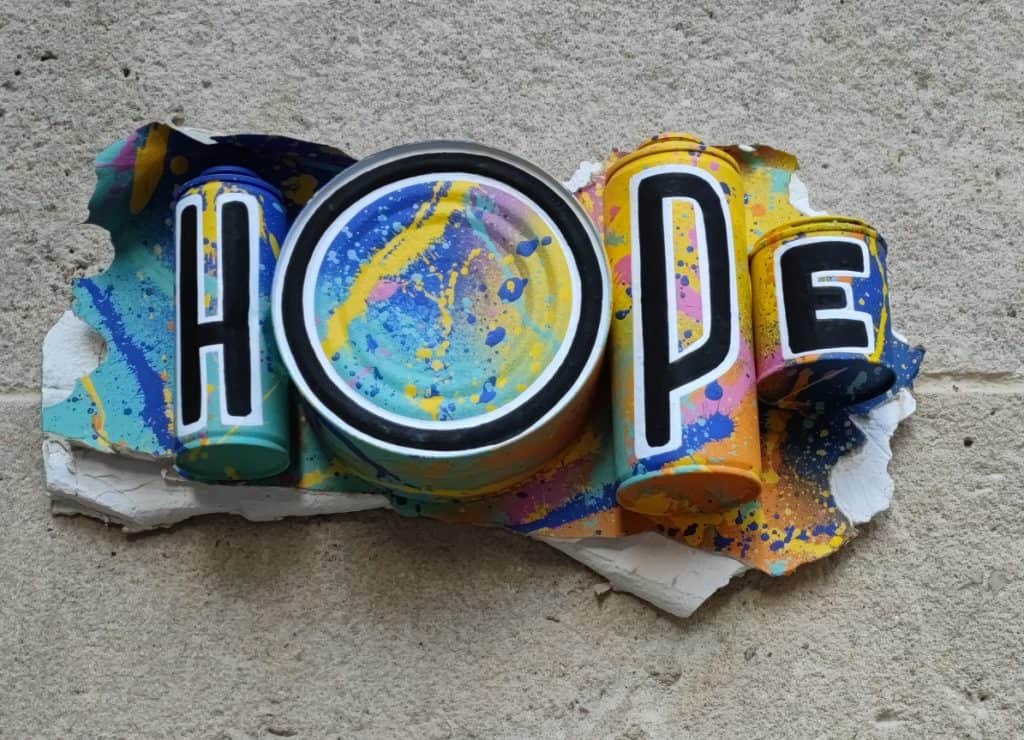