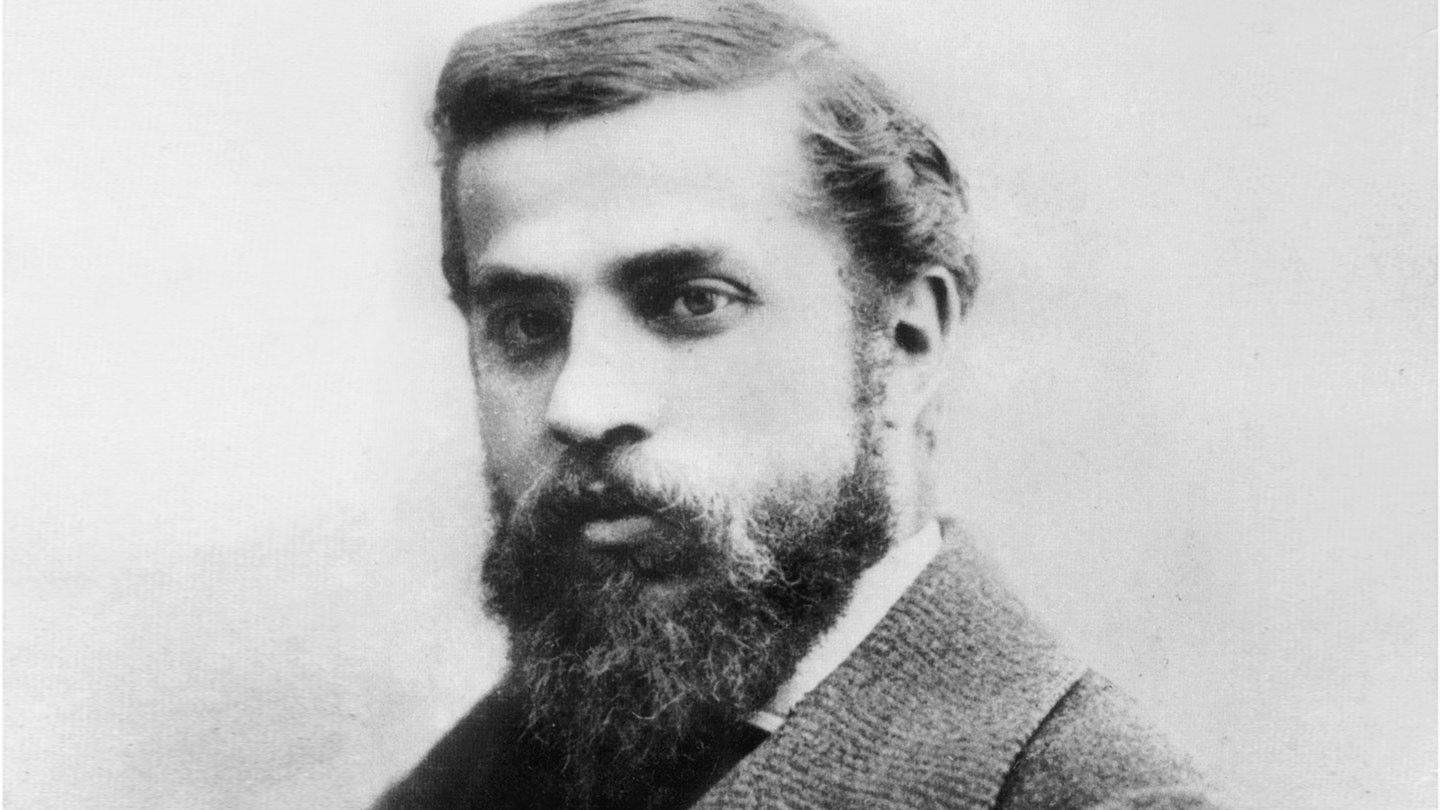 Antoni Gaudí i Cornet was born in 1852 in either Riudoms or Reus, the youngest of five children. His father, Francesc Gaudí i Serra (1813–1906) was a coppersmith. The family lived in Ruidoms in a house called Mas de la Calderera. Gaudí suffered from poor health and became a vegetarian early in his life. He enjoyed spending time in nature and joined the Centre Excursionista de Catalunya in 1879 at the age of 27.

Gaudí studied architecture at the Llotja School and the Barcelona Higher School of Architecture, graduating in 1878. While he was a student, he made contributions to the waterfall designed Josep Fontsére in Parc de la Ciutadella. His own first projects were the lamposts in Plaça Reial and the Cooperativa Obrera Mataronense (Workers’ Cooperative of Mataró) building. His first major commission was Casa Vicens, in Gràcia.

A pivotal moment in Gaudí’s life came when he was at the Paris World’s Fair of 1878, displaying a showcase he had produced for the glove manufacturer Comella. His work caught the eye of the Catalan industrialist Eusebi Güell, who went on to commission a number of important works. These include Bodegas Güell, the Güell pavilions, Palau Güell, Park Güell and the crypt of the church of the Colònia Güell.

In 1883 Gaudí took over as chief architect for a church called the Basílica i Temple Expiatori de la Sagrada Família. Gaudí altered the initial design and used his own architectural and engineering style. From 1915 onwards he devoted himself entirely to this project and he is buried in the crypt.

The still-incomplete Sagrada Família is the most-visited monument in Spain. Seven of Gaudí’s works have been declared World Heritage Sites by UNESCO.