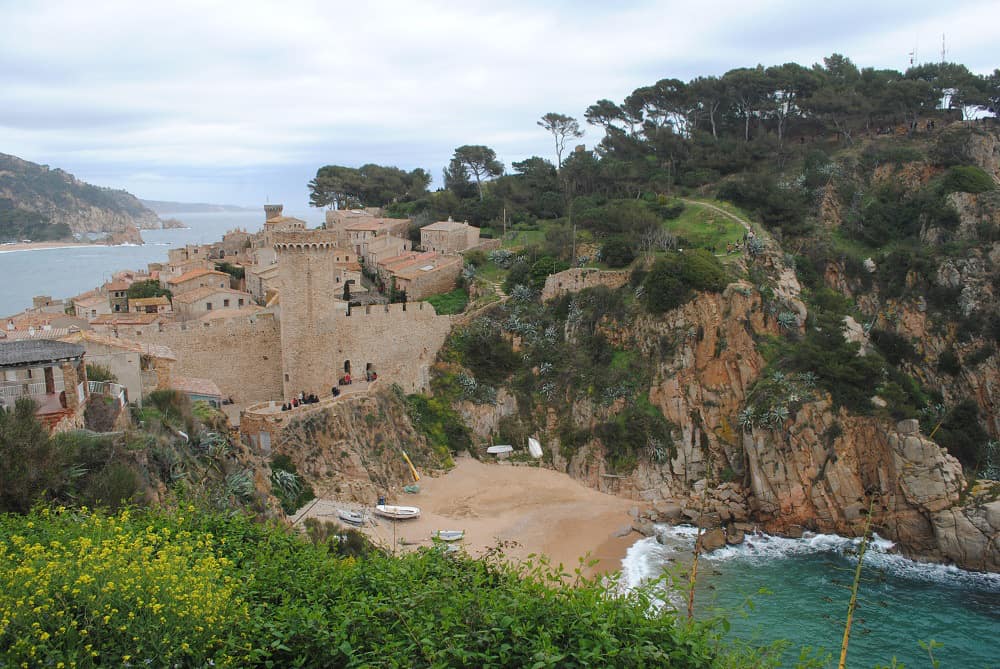 Tossa de Mar is located on the Girona coast, about half way between the city of Barcelona and the French border.

Only about 100 kilometers from Barcelona, the drive to Tossa de Mar takes less than two hours, making it a popular weekend escape.

The town has a rich history dating back to the  Neolithic period and was a settlement for the Iberians and then the Romans during the 1st century BC.

The walls of the town which contained a castle on the highest point of Mt. Guardí date back to the 12th century. The walled in area of the town, known as ‘Vila Vella enceinte’ is the only remnant of a fortified medieval town on the Catalan coast.

Tossa de Mar was popular with Spanish and foreign artists during the 1930’s and the Municipal museum holds a fine art collection including works by artists such as Marc Chagall.