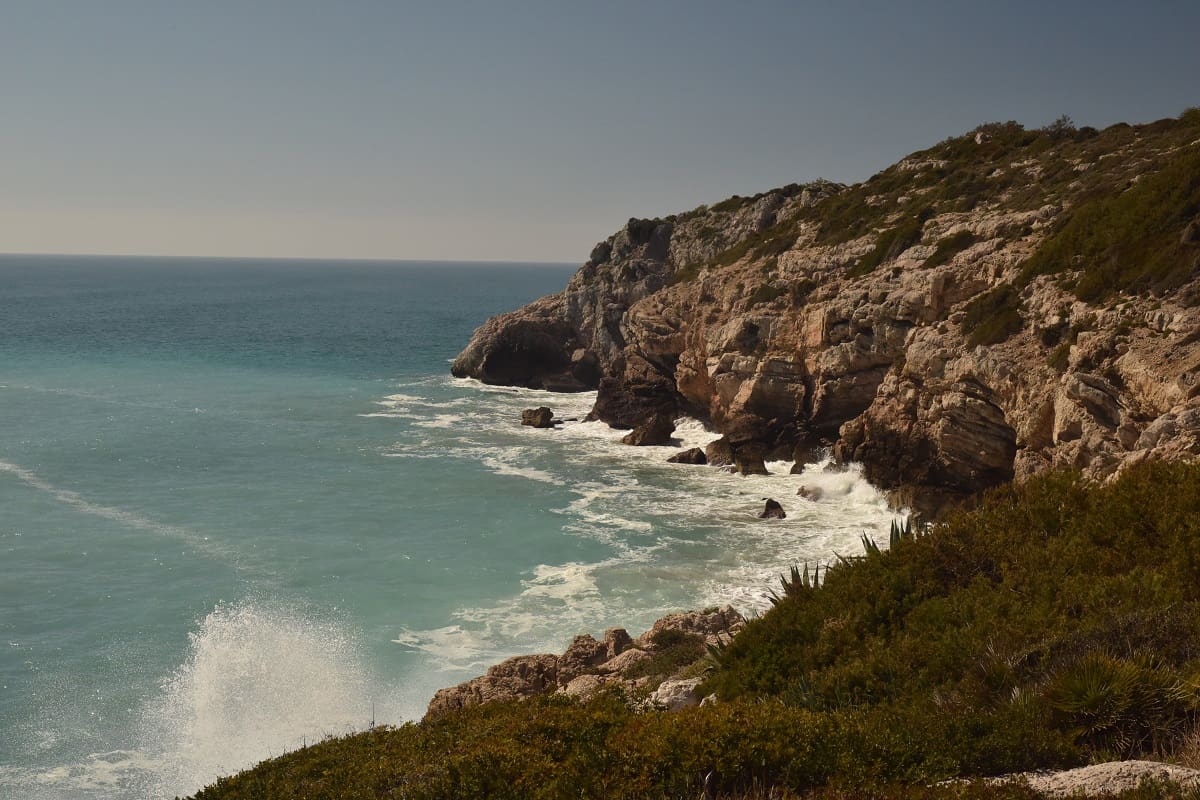 The GR-92 from Sitges to Vilanova i la Geltrú takes you along a rocky path between the sea and the railway tracks, offering some spectacular views and hidden beaches along the way. Coming from Barcelona, you can reach Sitges easily by train by getting on the Sant Vicenç de Calders train from either Estació de França, Passeig de Gràcia or Sants. The journey takes about 40 minutes. 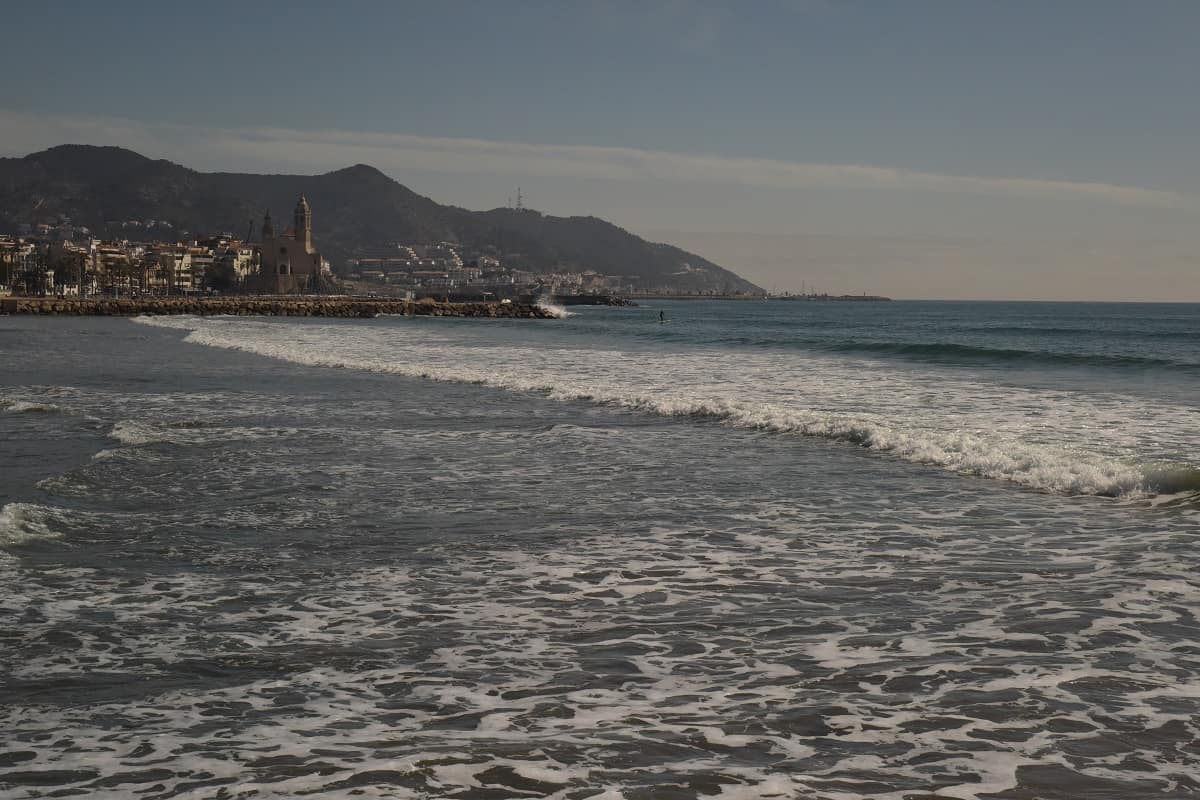 On arriving in Sitges, walk south along the Passeig Marítim. Before reaching the end you will pass some grand mansions looking directly out to sea. Continue walking along the coast past L’Atlantida Club, and you will soon come to La Punta de les Coves. 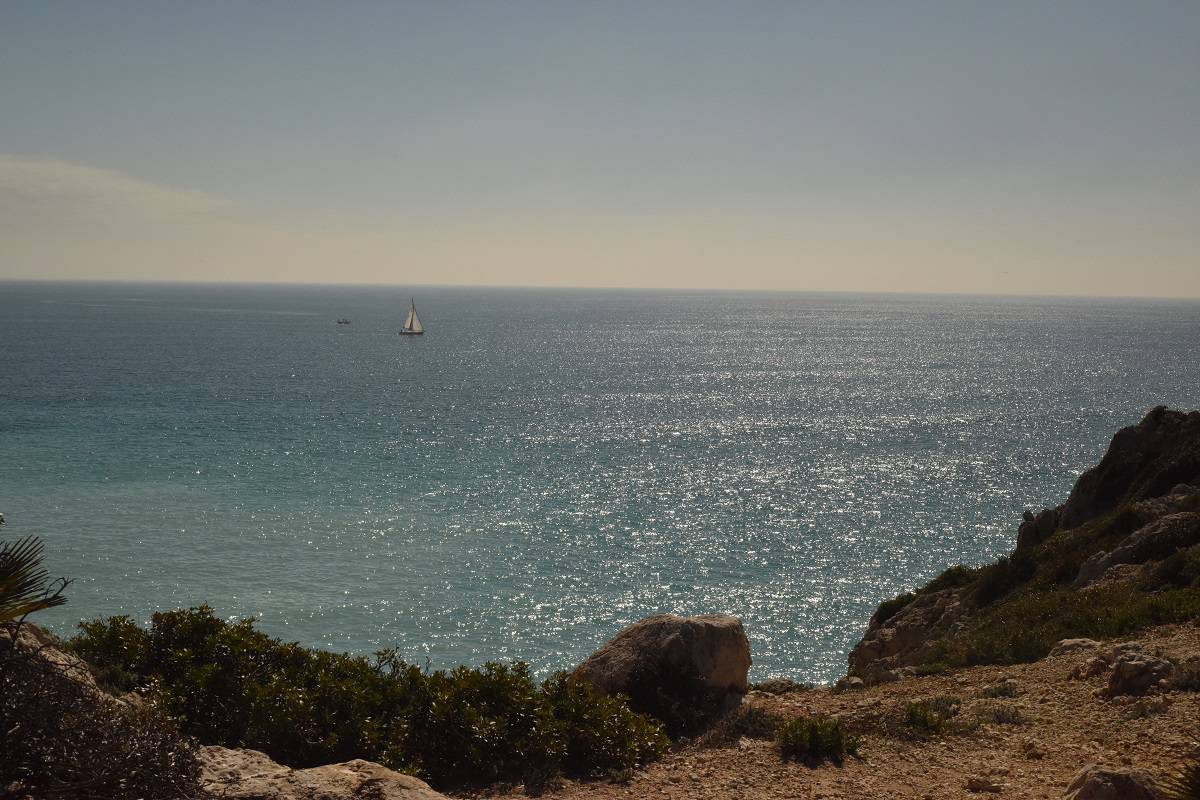 View from the top of La Punta de les Coves. The GR 92 is one of the extensive Grande Randonnée (or GR) network of footpaths. GR 92 stretches 583km from the Portbou down to Ulldecona along the Mediterranean coast. 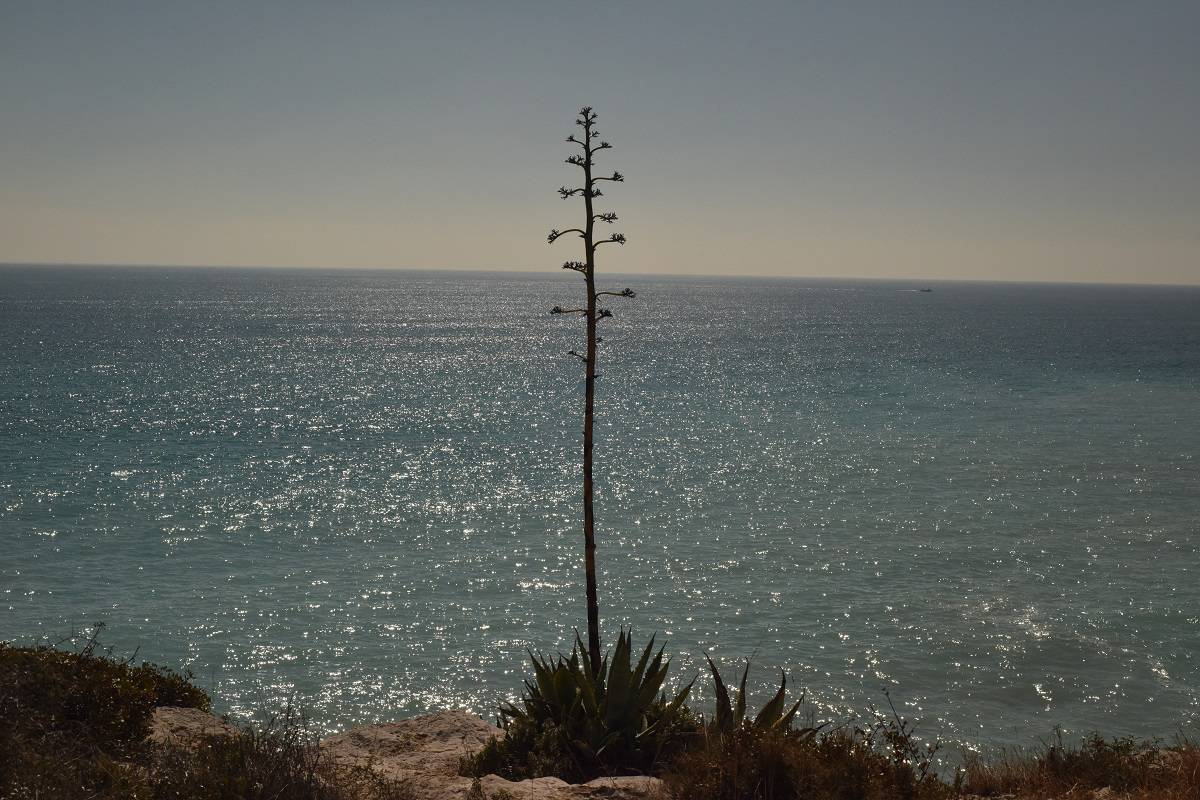 Looking out to the Mediterranean. 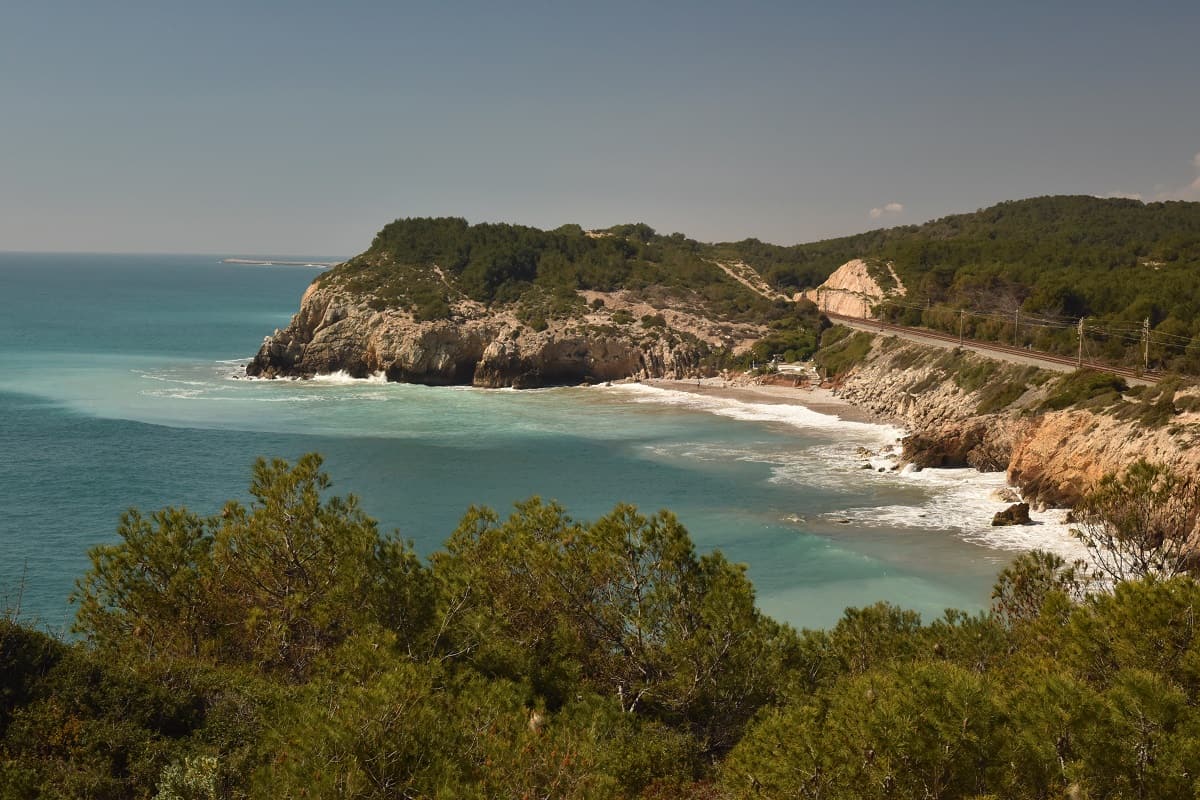 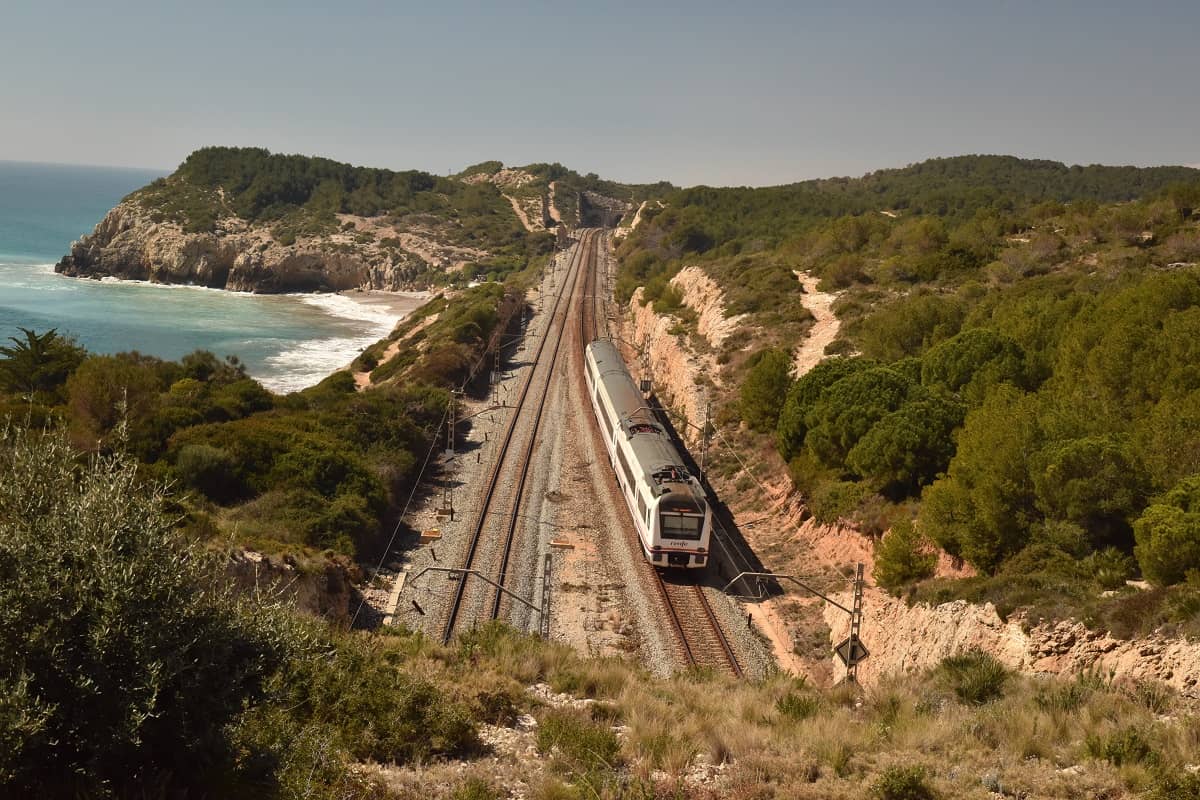 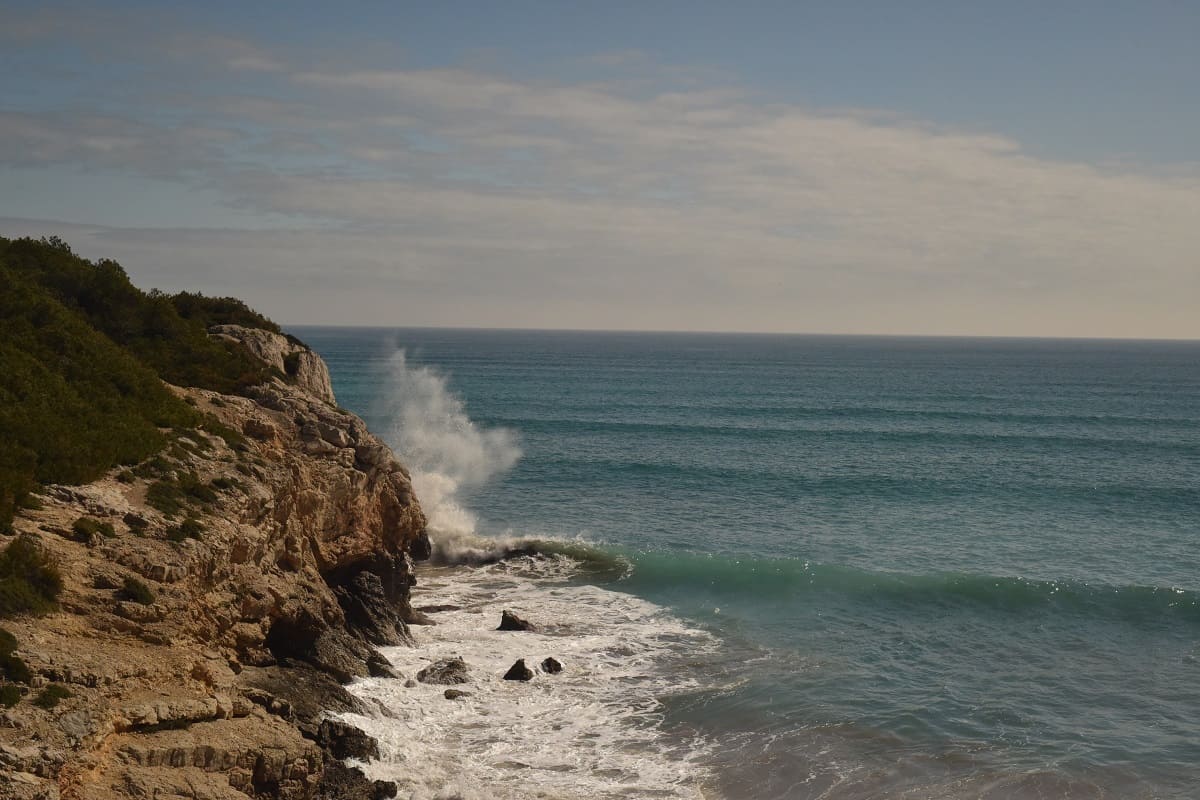 Waves crashing on the cliffs on a windy day. 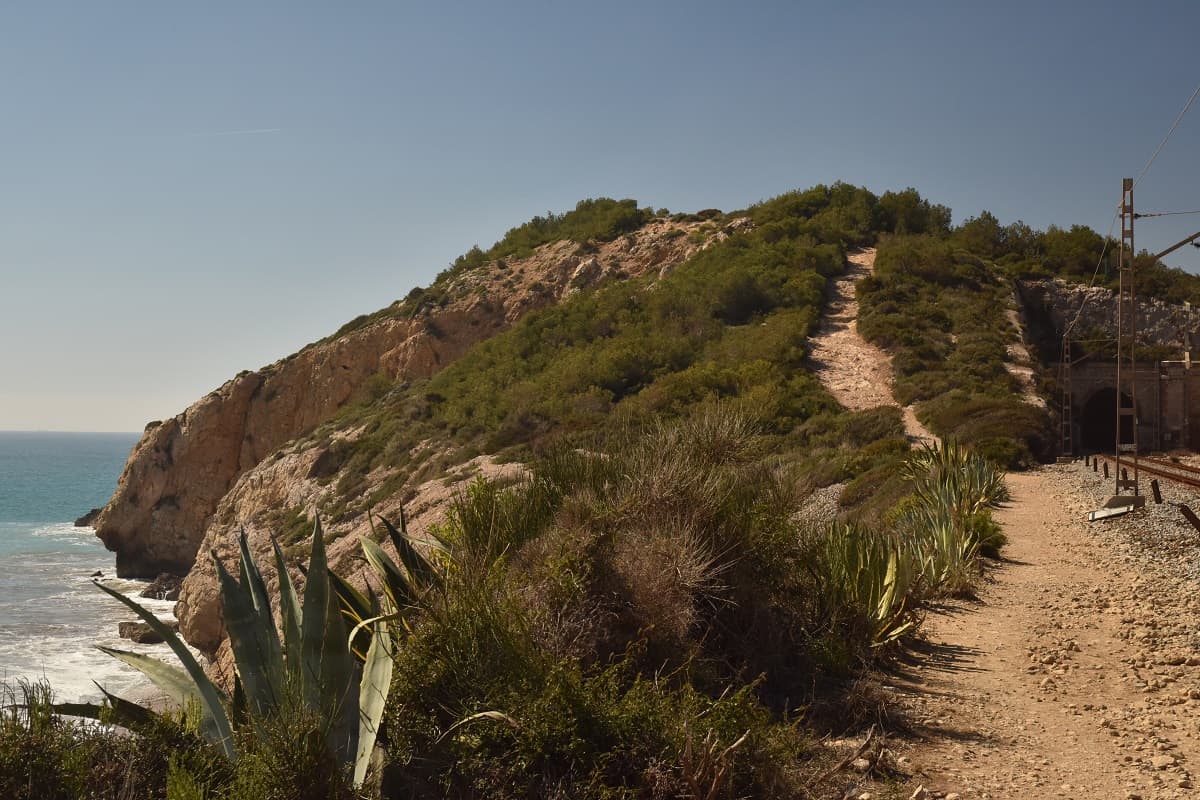 Parts of the trail are directly beside the train tracks. 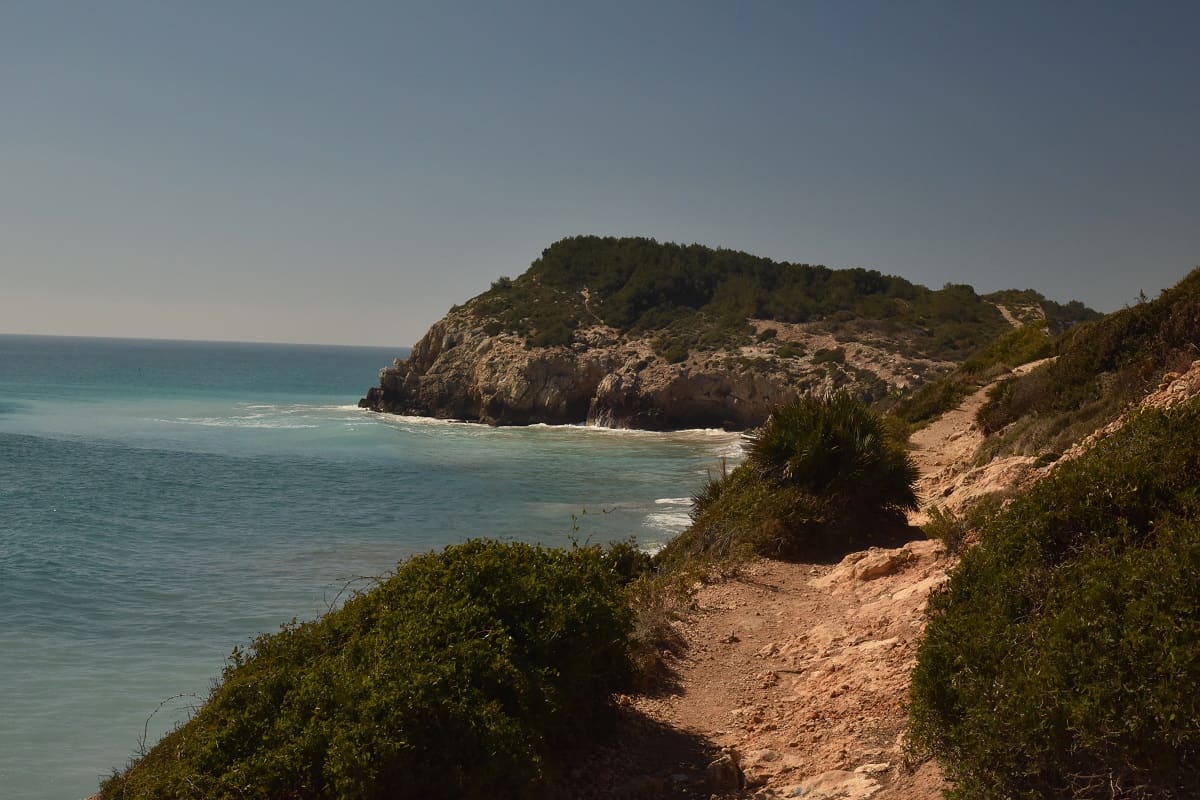 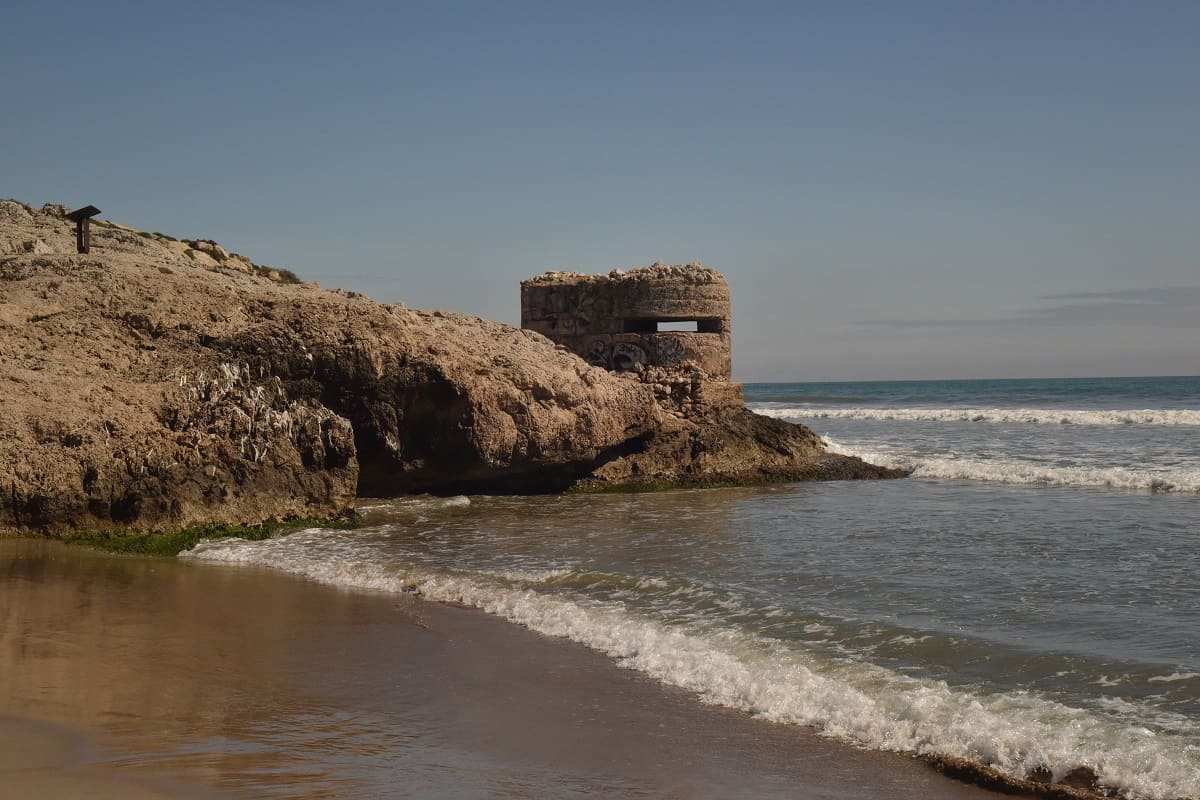 On arriving in Vilanova, you’ll see the machine-gun nest above, built to guard the beach during the Civil War (1936-1939). Vilanova was one of a number of sites that were fortified to counter a potential attack by sea from Franco’s troops. 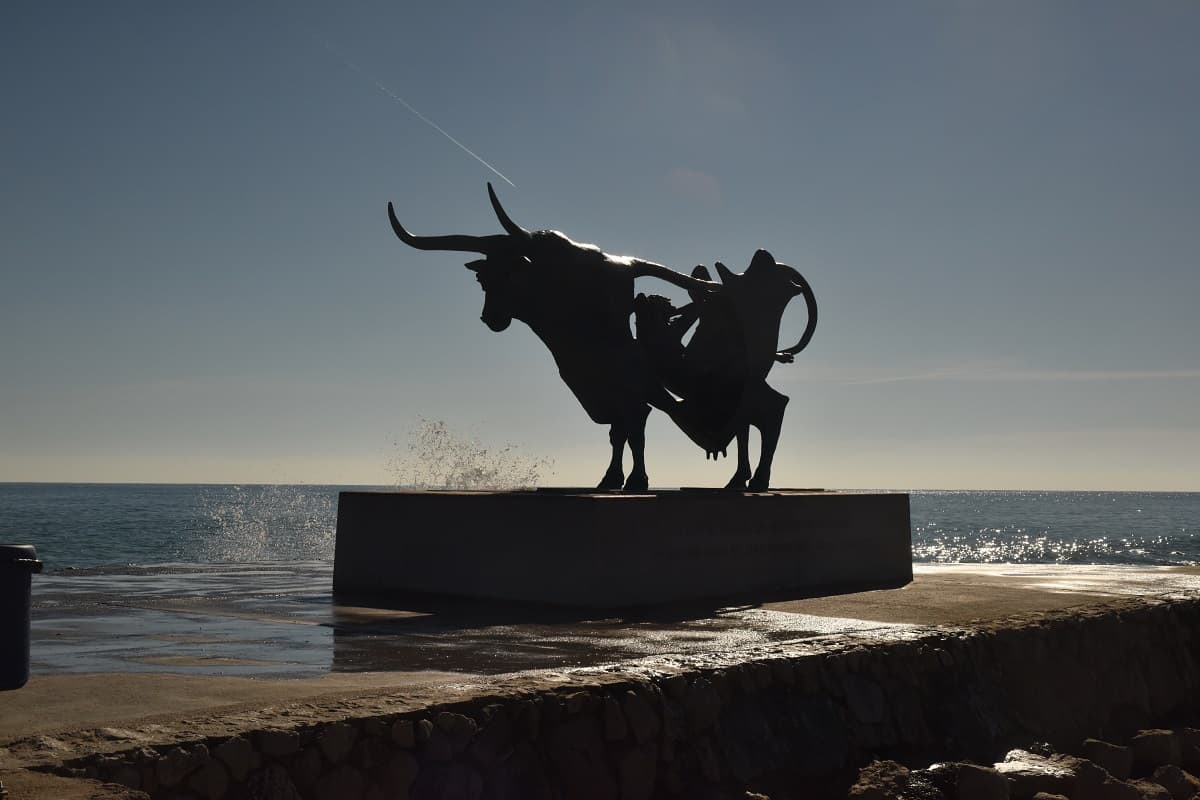 The Pasifae sculpture on la platja de Ribes in Vilanova was made by Òscar Estruga using three tons of copper. According to the Greek legend, Pasifae was the wife of King Minos and gave birth to the Minotaur. 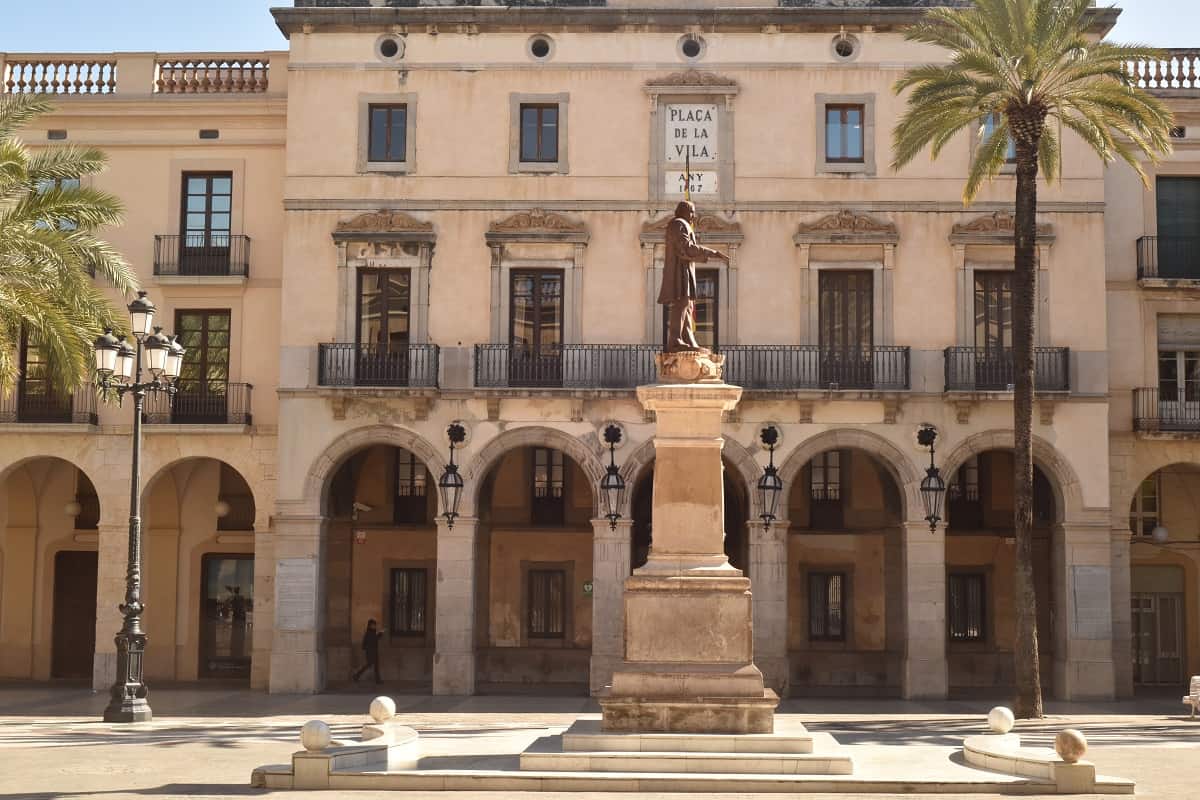