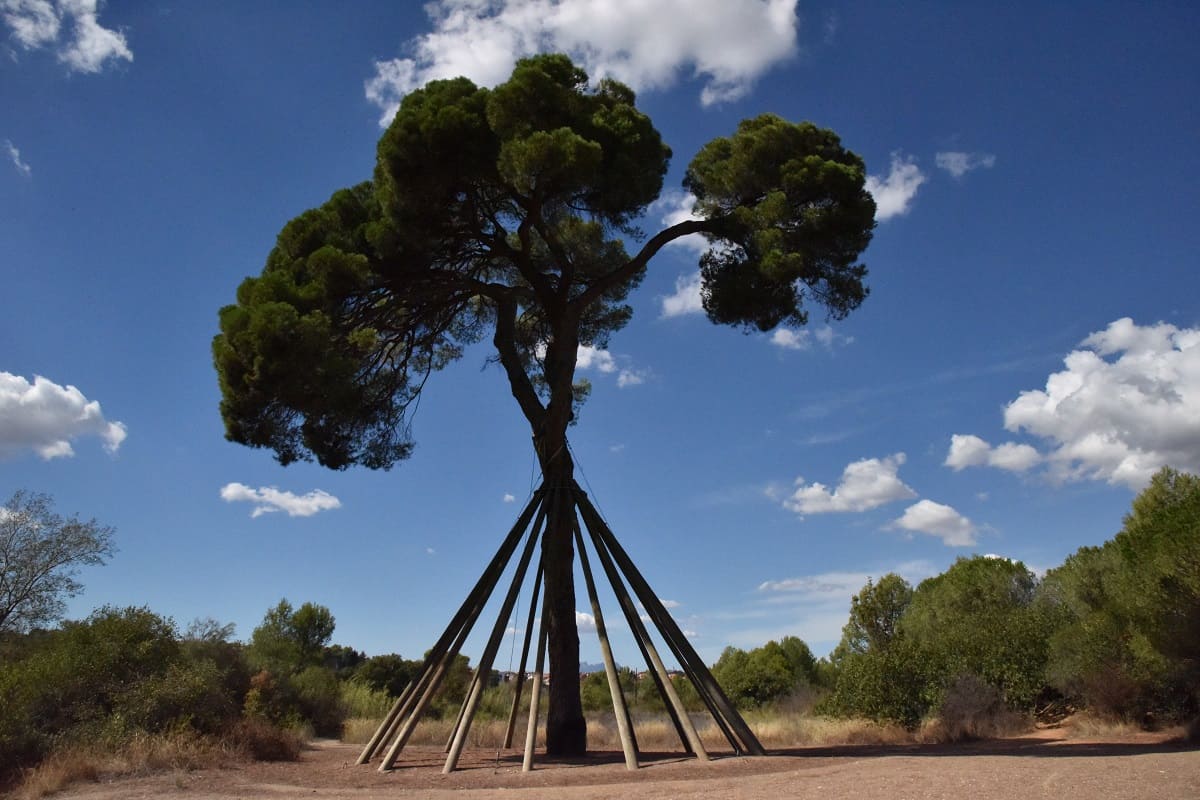 This hike from Barcelona to Sant Cugat begins on the GR 6 trail beside the Parc del Laberint d’Horta. The nearest metro is Mundet (L3) just about 5-10 minutes from the Labyrinth and the entrance of the trail. 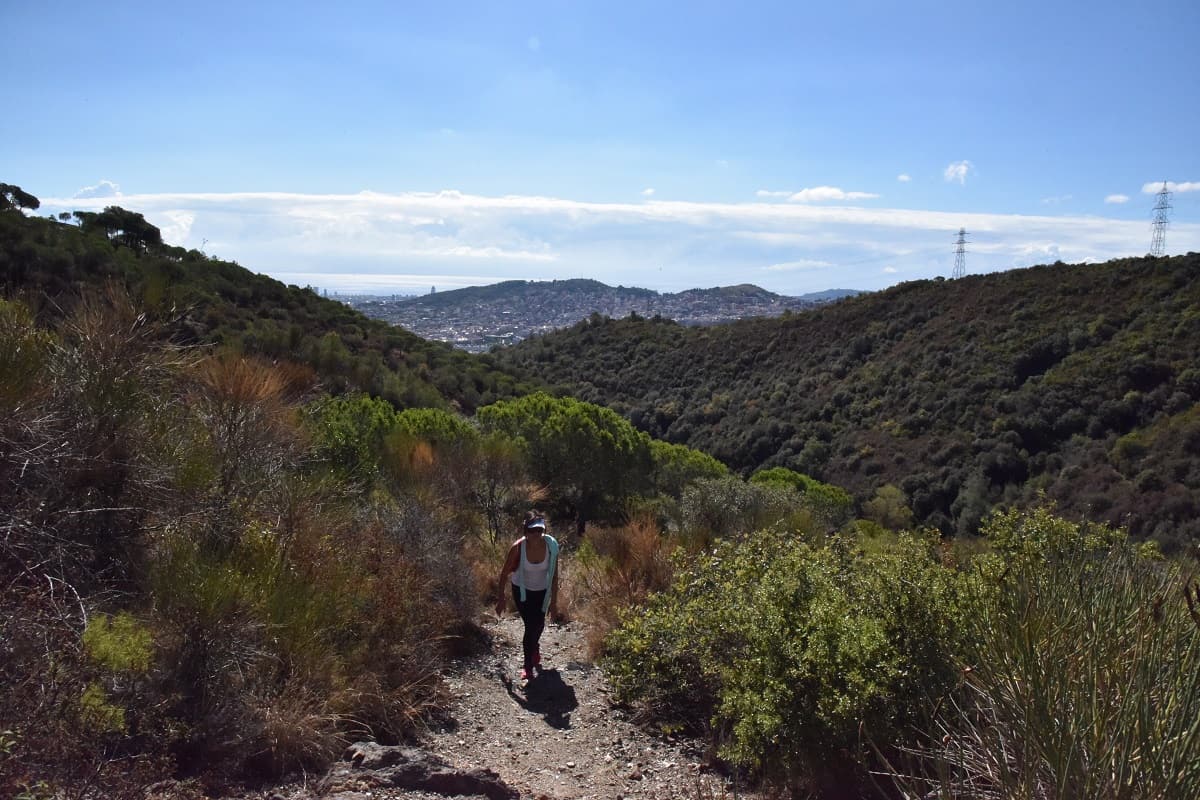 The hike begins with a steep uphill walk to the crests of Collserola and la Carretera de las Aguas. 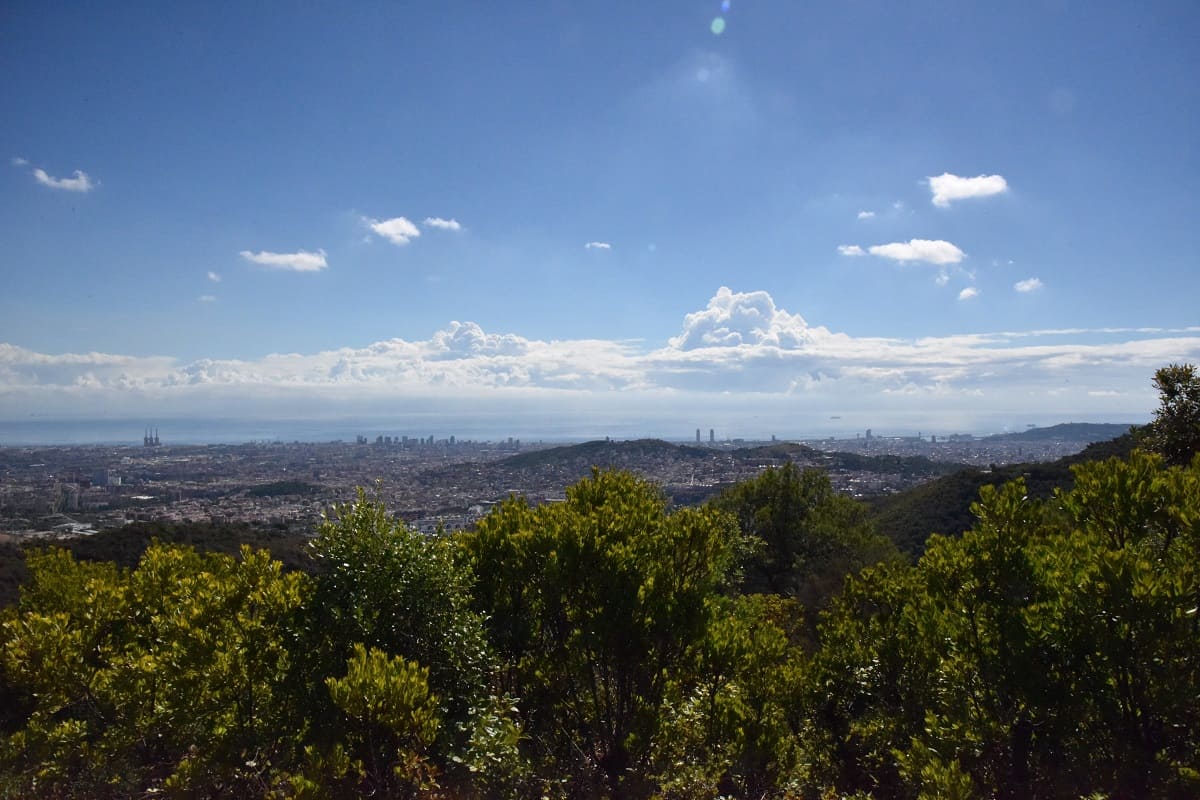 Walking along the crest of Collserola offers expansive views of Barcelona. 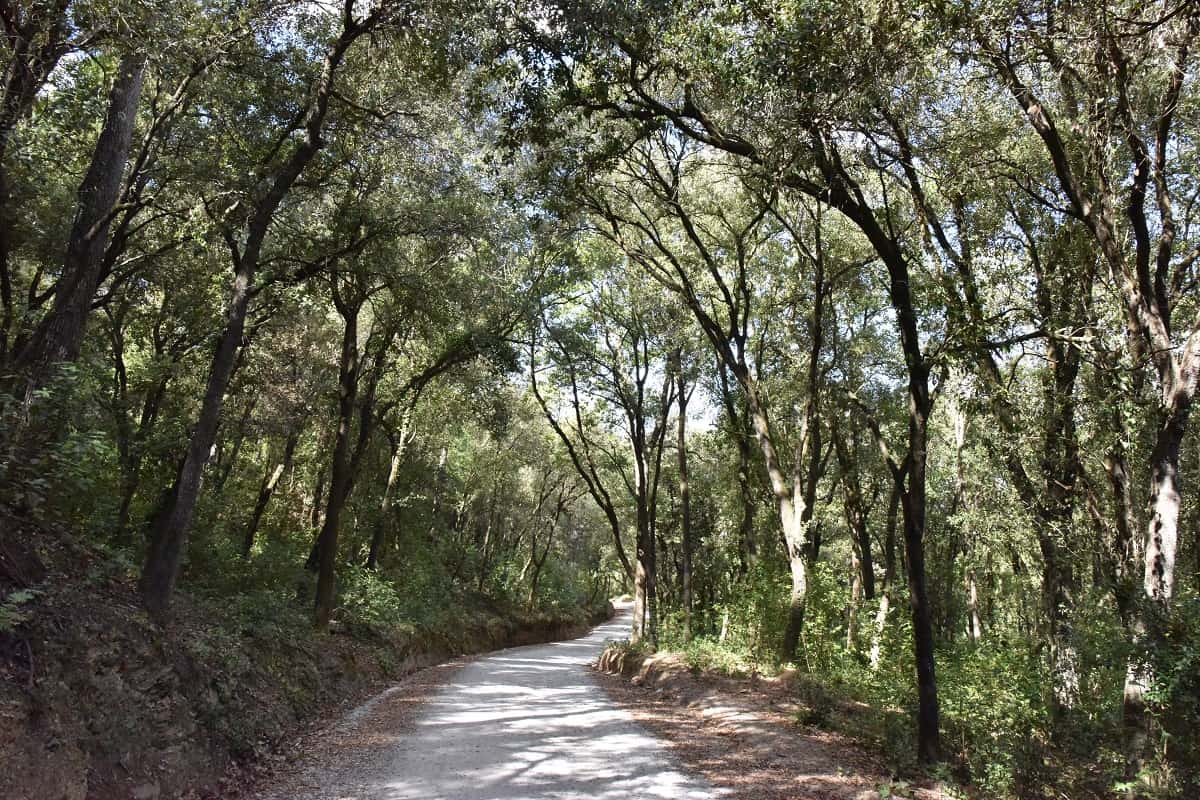 The path through Collserola. 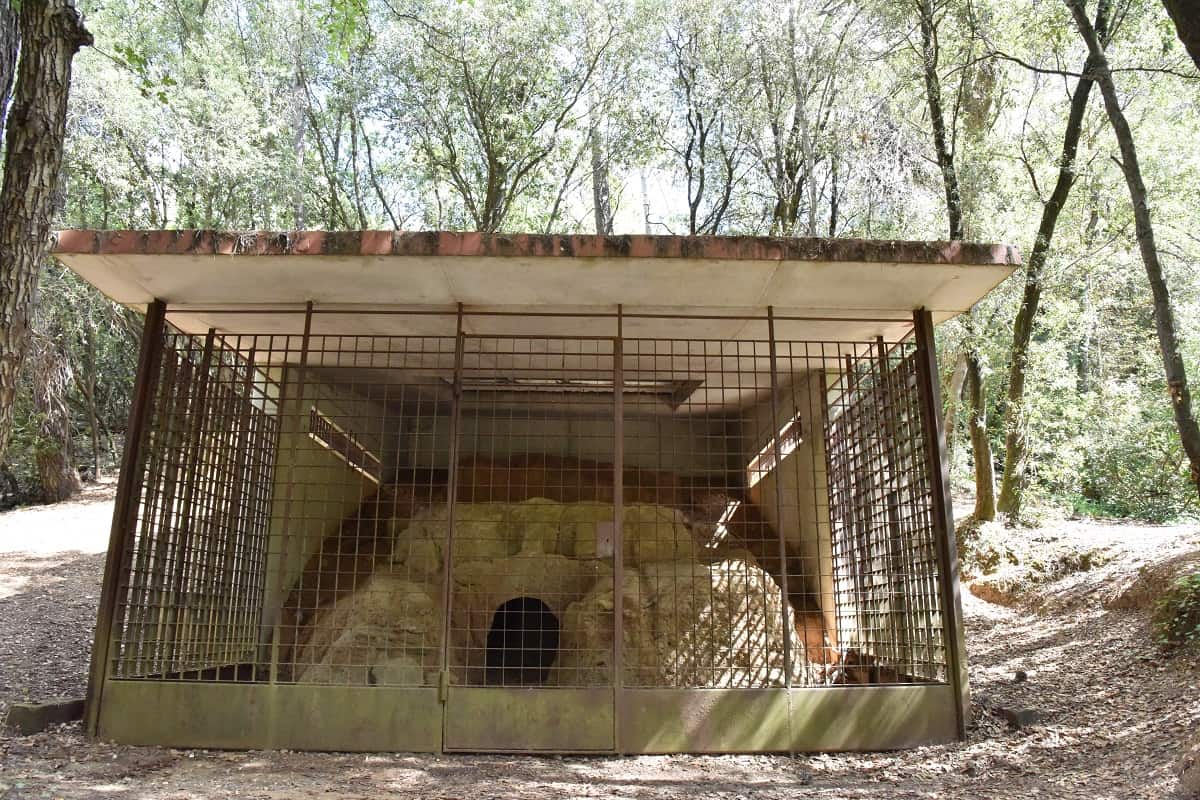 The Forn Ibèric (II century BC) is a well-preserved relic next to the Hermitage of San Adjutori. 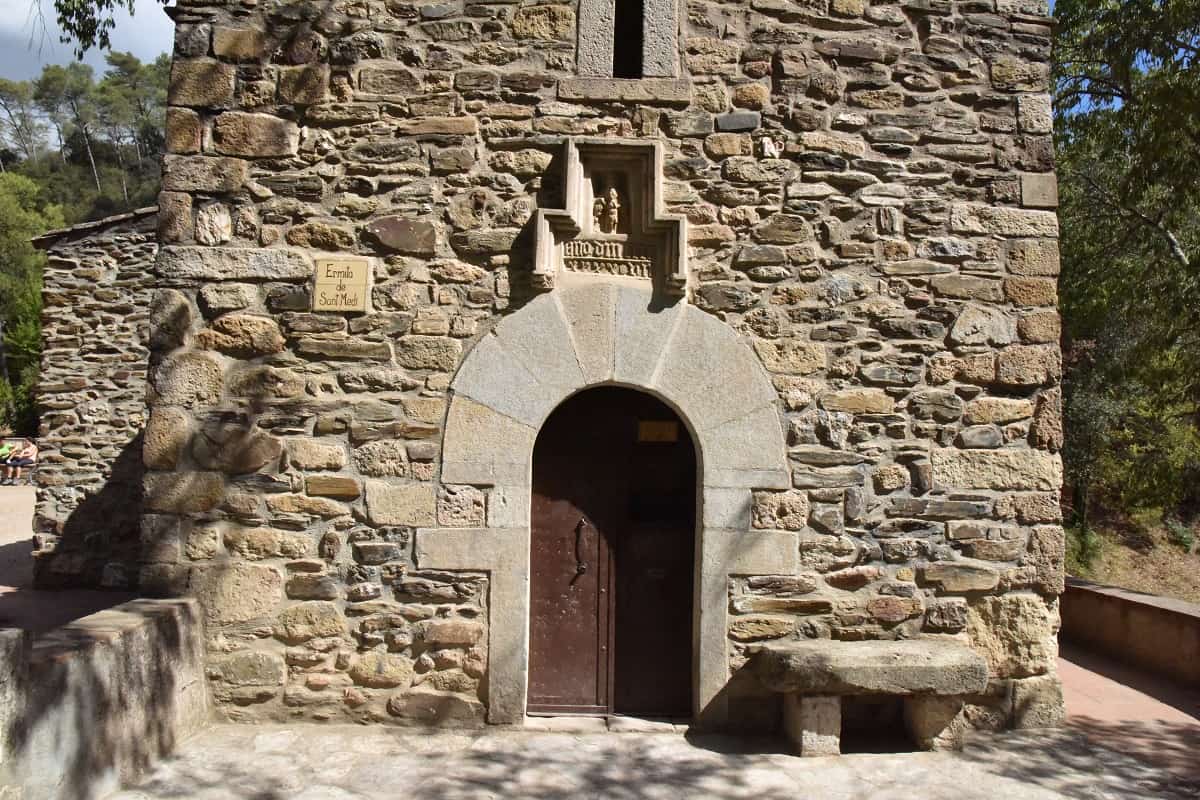 The first document that makes reference to the Ermita De Sant Medir dates back to the tenth century. It is a small Romanesque church with a bell tower above the entrance. The legend tells us that Sant Medir was a farmer who lived in Collserola, near Sant Cugat. Severus, the Bishop of Barcelona fled the city in 303 during a period when Christians were being persecuted under the rule of Roman emperor Diocletian. The Bishop encountered Medir sowing his beans and explained why he was going into hiding and that he was prepared to die before giving up the Christian faith. He then asked Medir to tell the truth to anyone inquiring about him. After he left Medir’s beans started to grow miraculously. Soon after, the pursuing Romans arrived and asked about Severus. Medir told them the truth, but the Romans did not believe him and took him hostage. The Romans caught the Bishop Severus and ultimately killed both him and Medir. 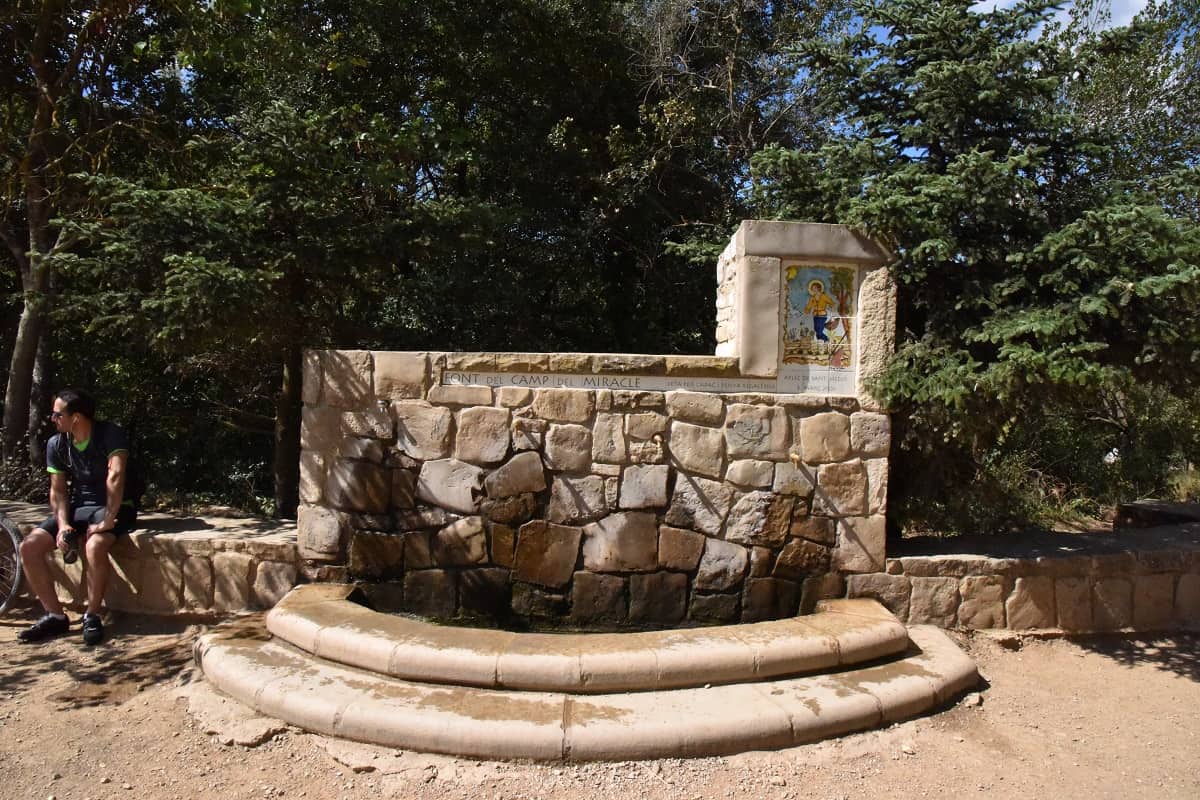 The Font del Camp del Miracle is located in the same square as the church of Saint Medir. Every year on March 3rd, according to a tradition dating back to the 16th century, people gather at the church where a sculpture of Sant Medir is brought out and paraded to the Barcelona neighborhood of Gràcia. 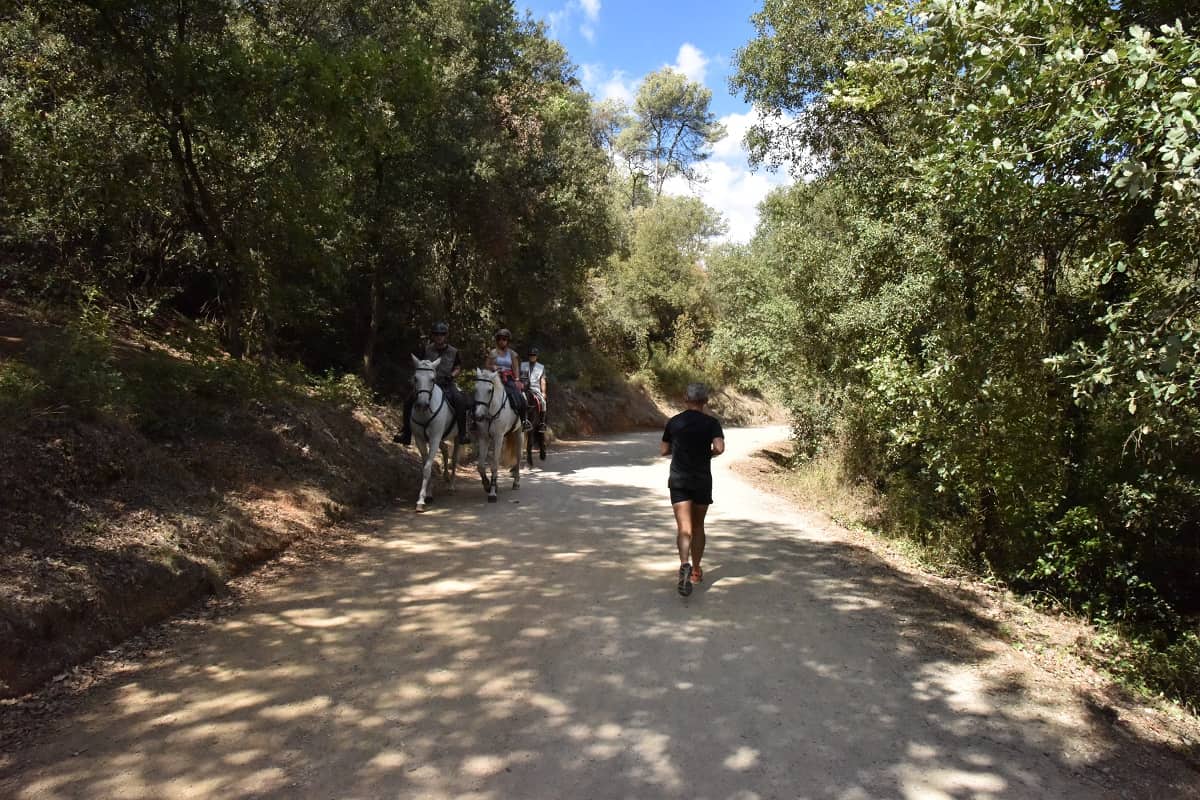 Horses and runners along the path near Sant Cugat. 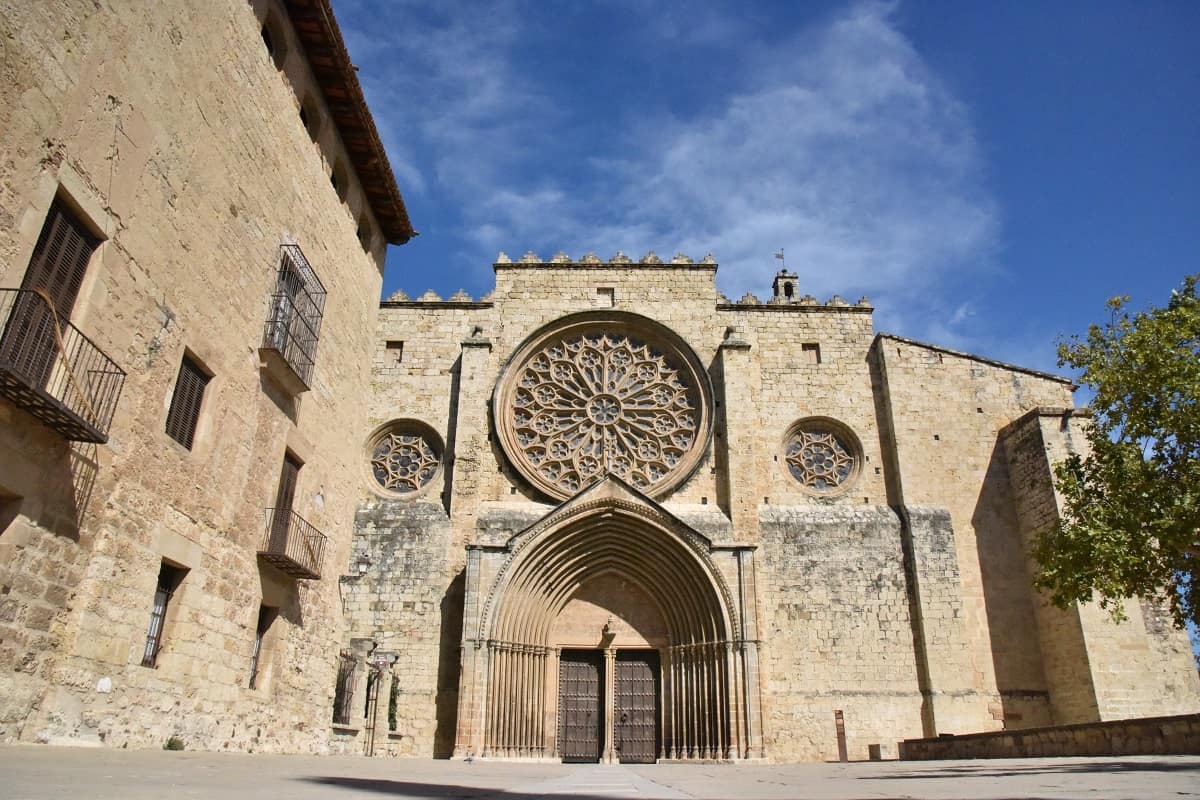 After a short walk into the center of town you will see the Monastery of Sant Cugat, a Benedictine abbey founded in the 9th century and completed in the 14th century.