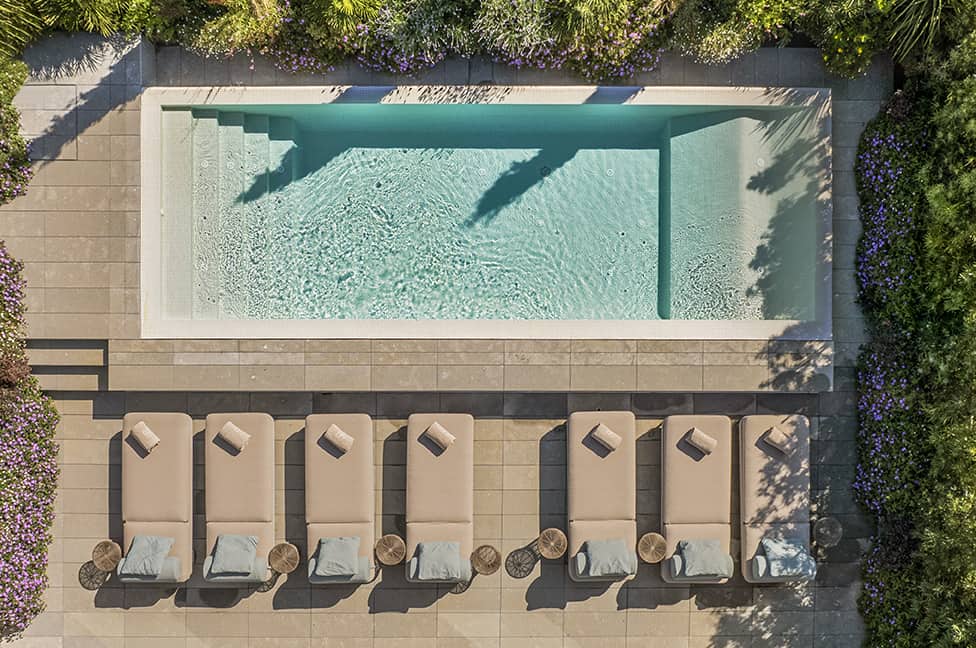 Antiga Casa Buenavista is an elegant family-run 4-star boutique hotel, located at Ronda de Sant Antoni, 84 in Barcelona. The 43-room establishment is housed in an emblematic building from the early 20th century.

Unique rooms combine the modernist style of Barcelona’s Eixample with an eclectic contemporary touch. All rooms are exterior and most have large windows with access to a balcony or terrace.  Each floor has four rooms with a balcony overlooking Ronda Sant Antoni and the rest of the rooms have views of the interior patio or Joaquim Costa street.

The hotel’s architectural and interior design project was carried out by the TDB Arquitectura studio led by Juan Trias de Bes and his team, including Fernando Herrero, Marta Pascual and Jordi Flores. The five-storey hotel occupies two buildings and has a façade on Calle Joaquim Costa as well as Ronda de Sant Antoni.

The new hotel maintains the original façade and all the elements of architectural interest, incorporating Catalan modernist elements, such as sgraffito, restored moldings, Catalan vault ceilings, hydraulic floors, as well as original furniture. The swimming pool is situated on the fifth floor.

The gastronomic offer of the new restaurant Casa de Comidas Buenavista is supervised by chef Marc Roca from Lleida, owner of the Blau restaurant in Barcelona. ​​The menu is based on seasonal cuisine that combines traditional dishes with a touch of modernity.

The history of the building dates back to 1918, when the Molleví family opened the Buenavista restaurant. Thanks to its proximity to the newly opened Teatre Goya, it quickly became a popular space among intellectuals, artists and the bourgeoisie. The restaurant has been passed down to successive generations of the family for over a century.

The hotel is a short distance from top Barcelona attractions such as La Boqueria and Casa Batlló. The Raval neighborhood is also home to some of best restaurants in the city, including Dos Palillos and Cañete.

The link below leads to our partner, Booking.com.