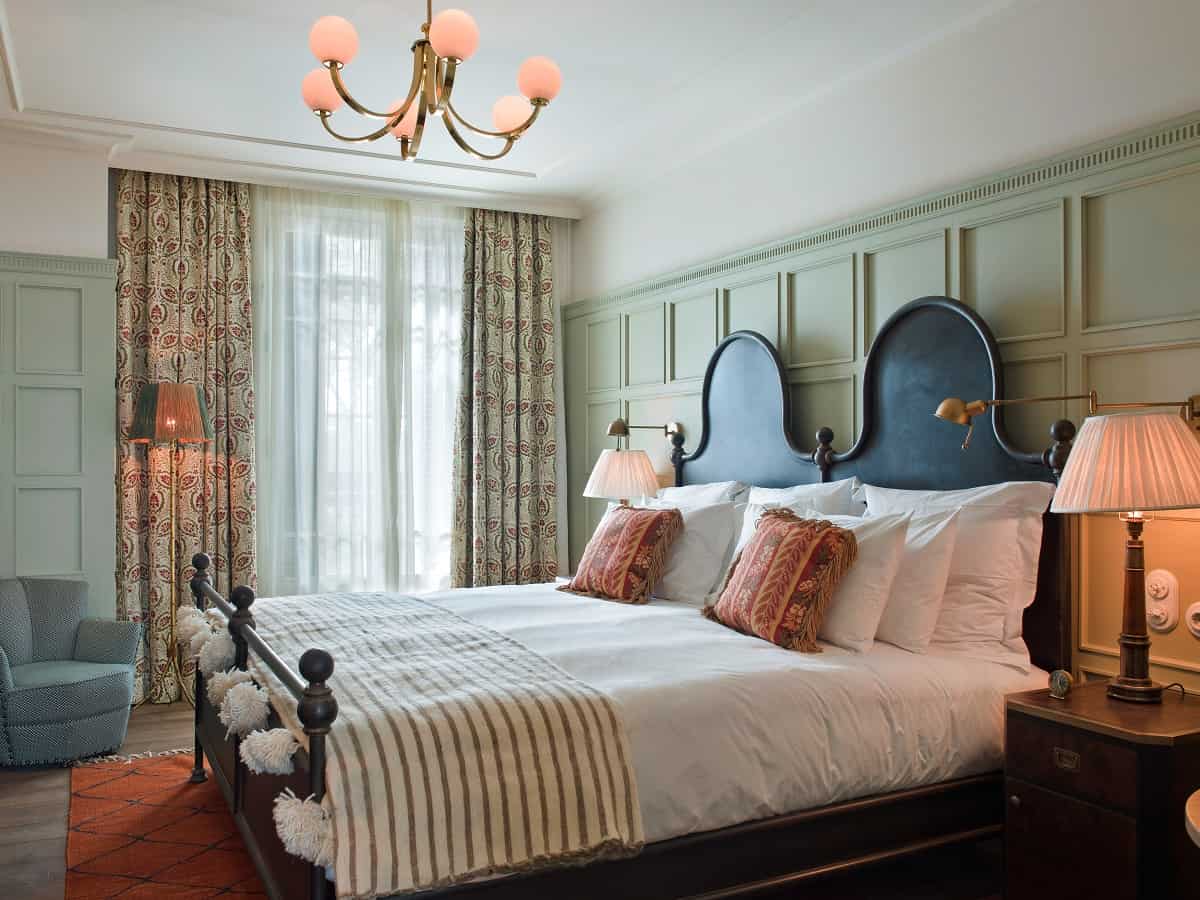 Nick Jones (husband of Desert Island Discs presenter Kirsty Young) founded Soho House in 1995 in London as a private members’ club for people in the film, media and creative industries. Locations now span Europe and North America and the group has expanded into restaurants, cinemas, spas and hotels.

View over the Gothic Quarter of Barcelona from Soho House

The rooftop has a heated pool with beds, a bar and a lounge seating area where food is served from breakfast through to dinner. Members can take advantage of a 36-seat screening room showing pre-released and independent movies. For night owls a speakeasy called the Green Room will be open from Thursday to Sunday from 10pm through to 3am.

Bathrooms use locally made tiles and have vintage bronze fittings. Bathroom products are from Cowshed.

Each of the 57 bedrooms have unique furniture and artwork.

Non-members are able to book rooms at Soho House Barcelona, while members enjoy discounted rates. Nearby attractions include the Museu Picasso, the Museu Marítim de Barcelona and of course the beaches of Barceloneta.