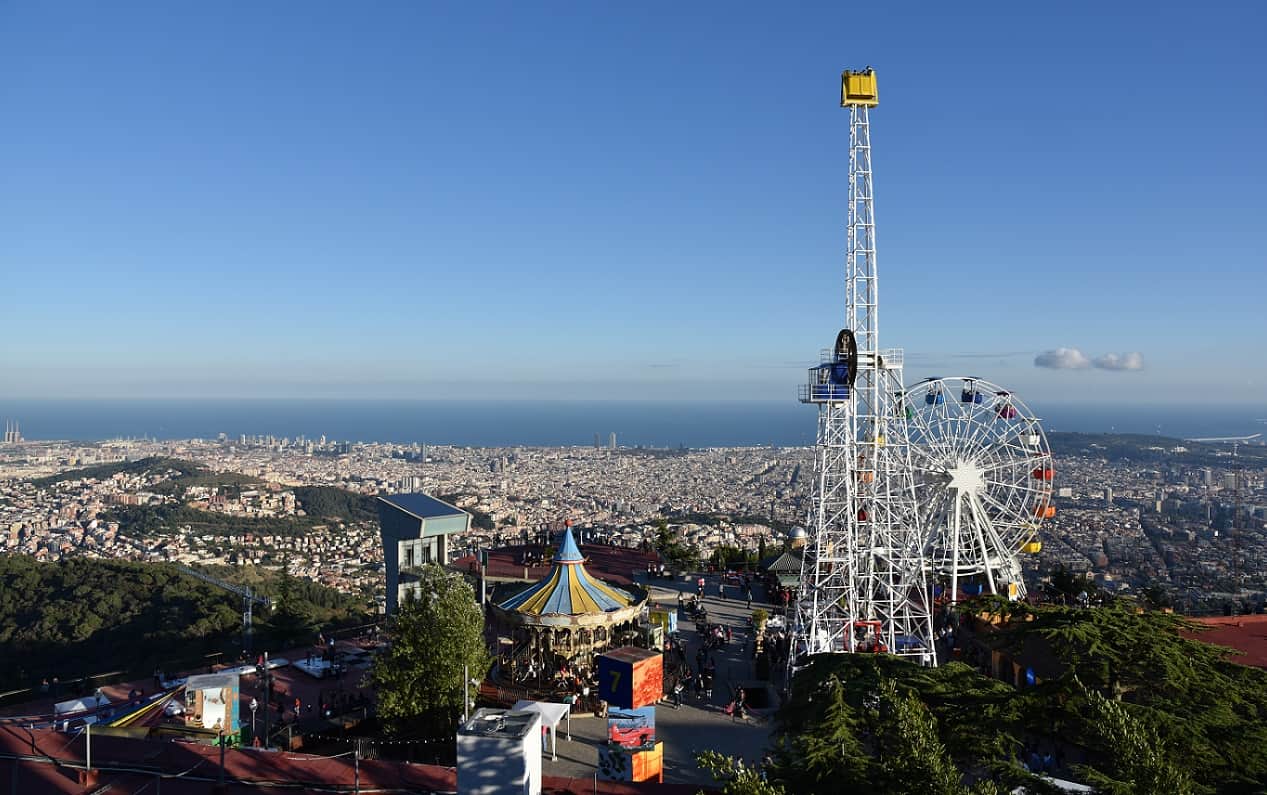 Tibidabo is a mountain of 512 metres (1,680 ft) overlooking Barcelona, the tallest in the Collserola range. Sagrat Cor church and Tibidabo amusement park share the top and the Torre de Collserola telecommunications tower is a short walk away.

One of the oldest amusement parks in the world, Tibidabo has existed for over a century. The park has 25 antique and new rides along with shows and street theatre, making it one of the most popular things to do with kids in Barcelona. Its unique location offers sweeping eastward views of Barcelona and the Mediterranean sea. 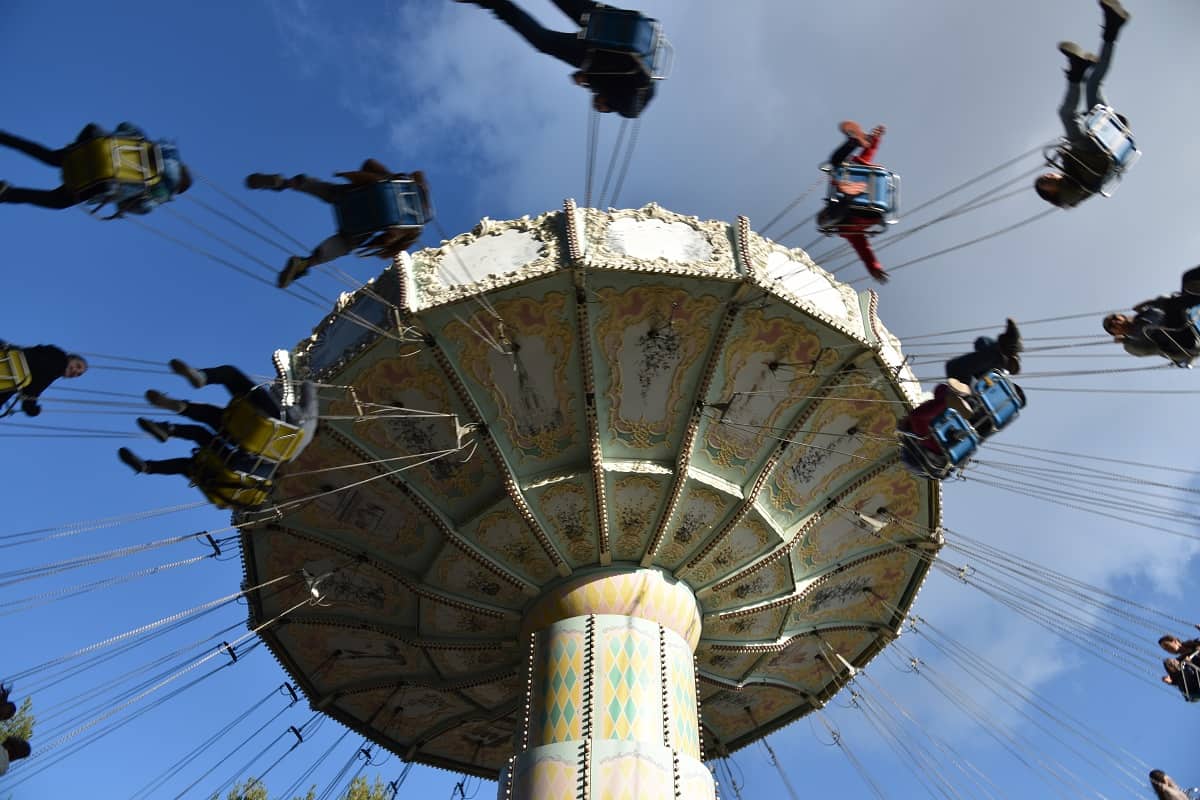 The park and facilities were officially opened in 1901. In the early days, the funicular railway was the main attraction with the park offering entertainment in the form of telescopes and binoculars, swings, a shooting gallery, and bowling. The park hosted large variety of events and shows with visiting choirs, military bands and orchestras. An electric merry-go-round was installed in 1910 and the aerial railway arrived in 1915. In 1921, a 50-metre high metal lookout tower named the Atalaya was added. In 1928 later the famous plane ride was opened. At the outbreak of the Civil War in 1936 the park came under collective control and suffered some damage. 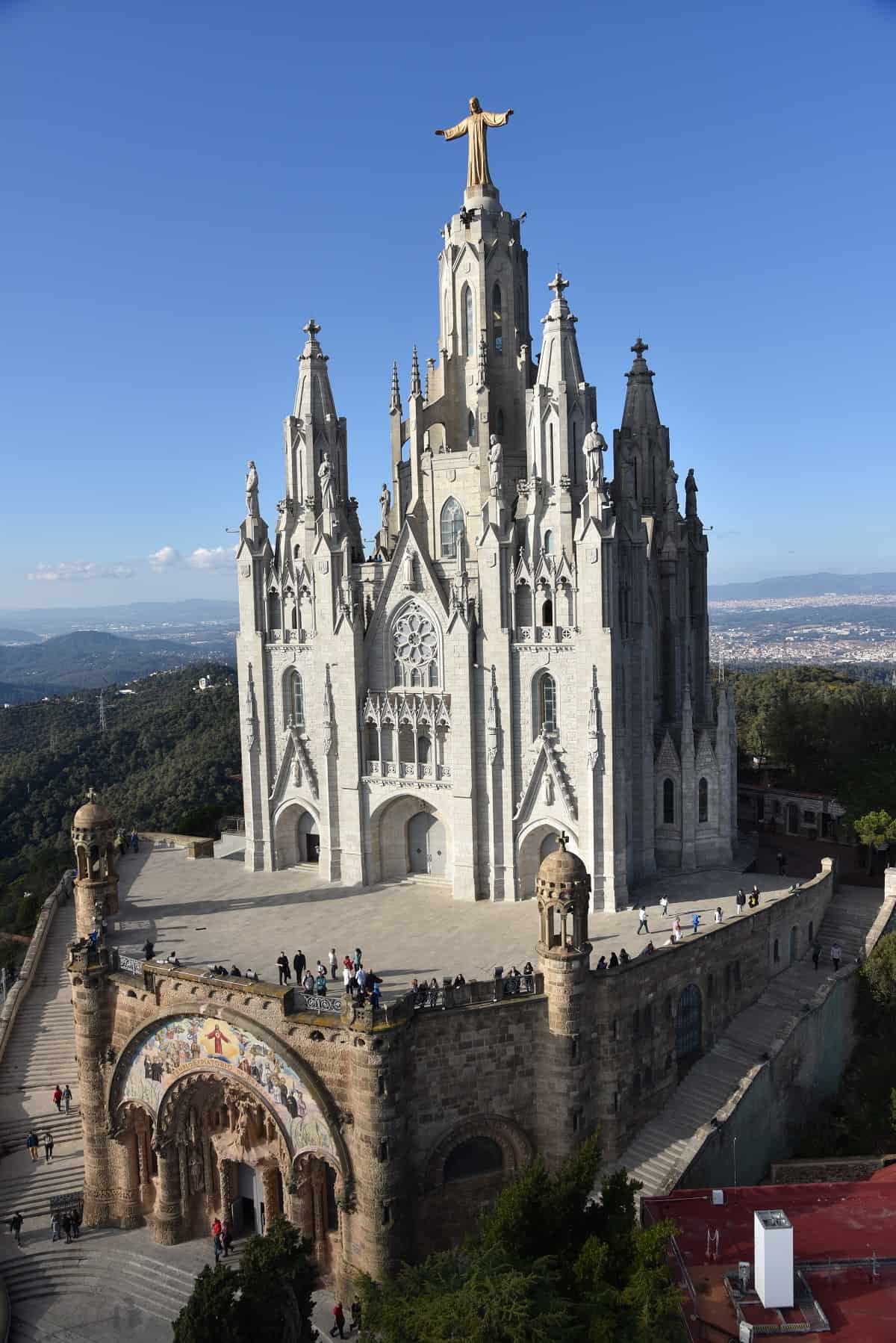 The Temple Expiatori del Sagrat Cor (Expiatory Church of the Sacred Heart of Jesus) is a Roman Catholic church and minor basilica built by Spanish architect Enric Sagnier and completed by his son Josep Maria Sagnier i Vidal. The construction of the church took place from 1902 to 1961. There are three different levels from which you can take in the surrounding views, the highest just below the sculpture of the Sacred Heart of Jesus by Josep Miret Llopart. The sculpture is a much smaller version of the statue in Rio de Janeiro of Christ the Redeemer.

How to get to Tibidabo

By Bus: The Tibibus service departs from Plaça Catalunya and takes you directly to Tibidabo amusement park. The bus stop is situated in front of Caja Madrid Bank.

By Train and Tram: Take the L7 line train from Plaça Catalunya to Avenida Tibidabo. You alight in Plaza de John Kennedy, and from there you need to go to the Tramvia Blau stop at at 2 Avenida Tibidabo, which is front of the iconic building known as La Rotonda. The Tramvia Blau (blue tram) takes you half way up the mountain to Plaça Dr Andreu and the Funicular train, which goes all the way to the top leaving you beside the church and amusement park.

A day ticket for adults is priced at €28.50, children below 120cm in height enter for €10.30 and children below 90cm can enter free. As an alternative to the day ticket, you can pay for rides individually in the area called the Tibidabo Skywalk, which is where Woody Allen filmed the Oscar winning film Vicky Cristina Barcelona. The Skywalk area is pictured above and features the new Giradabo ferris wheel (opened in 2014) as well as antique rides such as the plane.