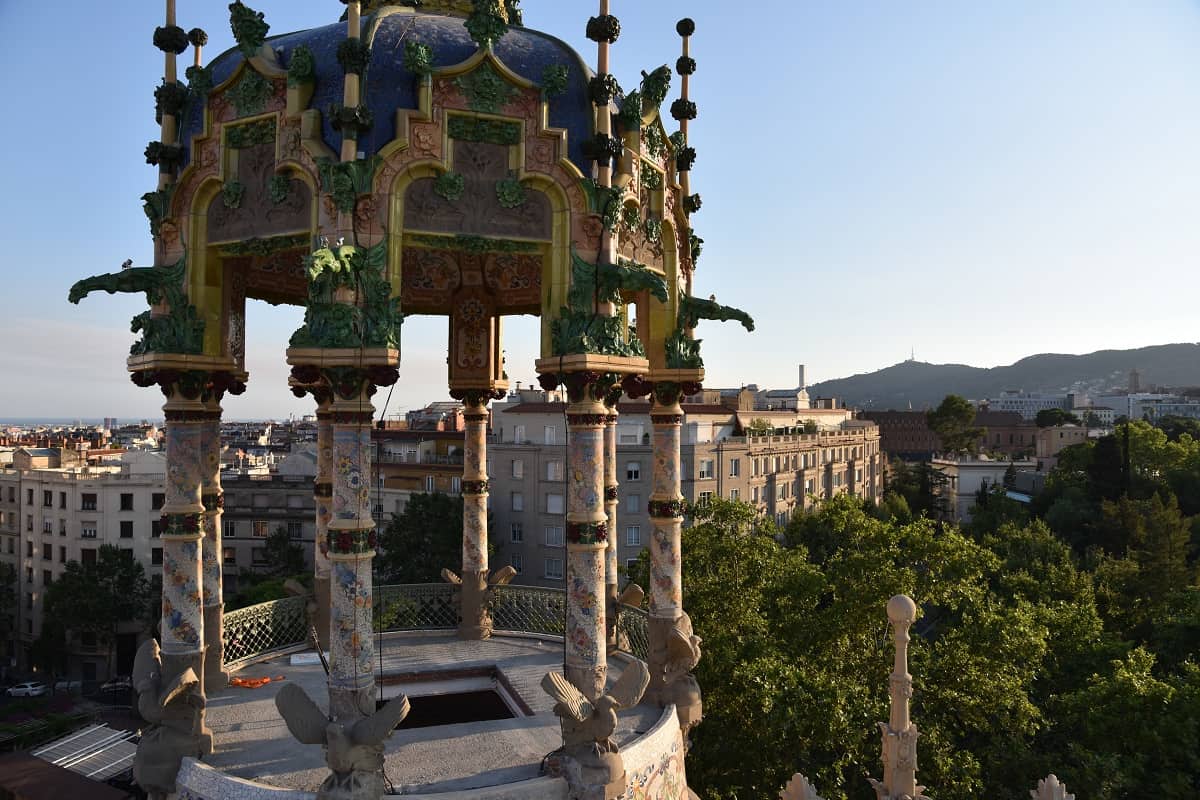 Torre Andreu, also known as “La Rotonda ” is a neoclassical modernist building that was completed in 1918 by the architect Adolf Ruiz i Casamitjana. The building was commissioned by Salvador Andreu i Grau, a Catalan entrepreneur in the pharmaceutical industry, real estate developer and philanthropist.

Situated in the Sarrià-Sant Gervasi district of Barcelona, Torre Andreu stands on the corner of Avenida del Tibidabo and Passeig de Sant Gervasi. In 1920 it was extended by Enric Sagnier, another modernist architect. It is famous for its distinctive oriental pagoda pictured above, which has intricate mosaic work on the inside and columns.

The building has had a variety of uses over the years. It began by housing the luxury Grand Hotel Metropolitan which had an elegant restaurant with a capacity for 500 people, often used to celebrate weddings and events of the local bourgeois.

After the Civil War, it was renamed Hotel La Rotonda and in the 1970’s it became a hospital. The 2016 rehabilitation is being done by the architects of Alfredo Arribas, together with Núñez i Navarro who bought the building in 1999. Núñez i Navarro also own the modernist masterpiece Casa Lleó i Morera on Passeig de Gràcia.