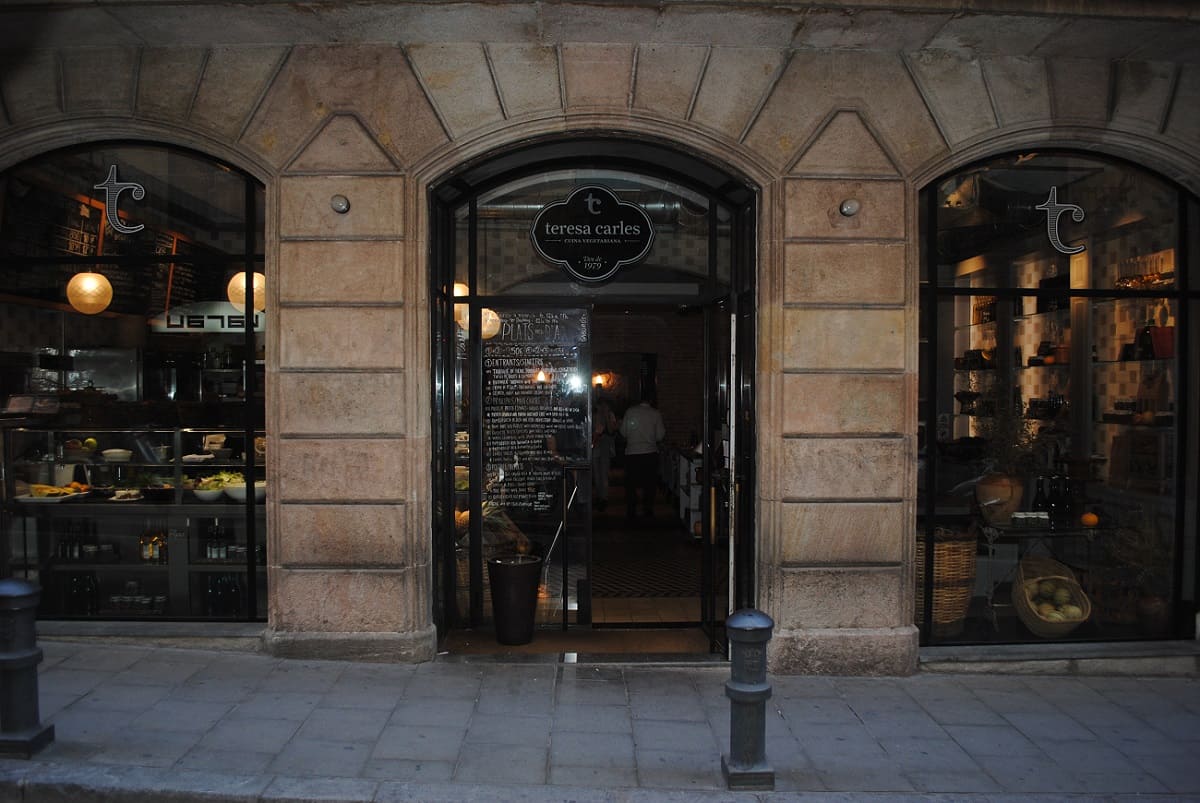 Teresa Carles was born in Algerri, a municipality the Catalan province of Lleida. As part of a farming family she grew up surrounded by the family plantations which included olive trees, cornfields and vegetable fields. It was later in her life, after she married, that she developed an interest in healthy vegetarian food and was to travel in Europe and the United States to learn about the varieties of vegetarian diets.

In 2006, the couple launched Baobab Restaurant in Zaragoza along with family friends. It was later, in 2011, that Teresa Carles restaurant was inaugurated in Barcelona, quickly becoming one of the most popular restaurants in the city.

The restaurant is located in bustling Raval, a short walk from Plaça de Catalunya and Plaça de la Universitat, in a stylish and bright space. The kitchen is open nonstop from 9:00AM to 11:30PM. Breakfast and Brunch are served between 9:00AM and 2:00PM. À la carte is offered from 12:00PM to 11:30PM. (See also: Best Vegetarian Restaurants in Barcelona)