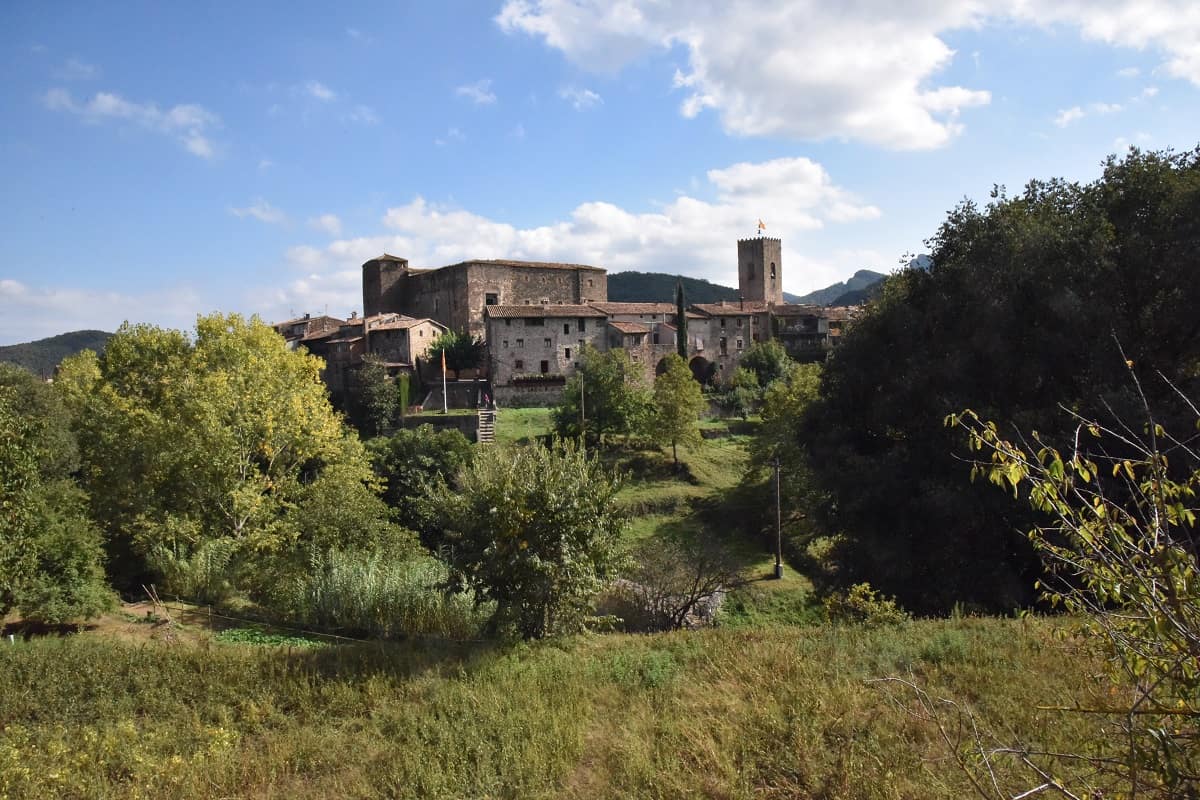 The medieval village of Santa Pau is situated beside the Baixa Garrotxa Volcanic Nature Reserve in the Girona region of Catalonia. It was the seat of the barony of Santa Pau and a striking 13th century castle marks the center of town. A 16th century Gothic church dedicated to Santa Maria also stands on the main square. Santa Pau was granted protected heritage and artistic status in 1971.

Surrounded by woods, lush green valleys and a series of dormant volcanoes, Santa Pau makes a perfect escape from city life. A number of signposted paths offer a means to enjoy the fresh air and take in the spectacular scenery. The Garrotxa region is famous for it’s local produce, such as white beans (Fesols de Santa Pau), olives, yogurt and cured meats.

This forest of Beech trees (Fagus sylvatica) that grew out of the rich volcanic soil was a source of inspiration for artists such as the Catalan poet Joan Maragall.

Other nearby attractions include the towns of Besalú and Castellfollit de la Roca.