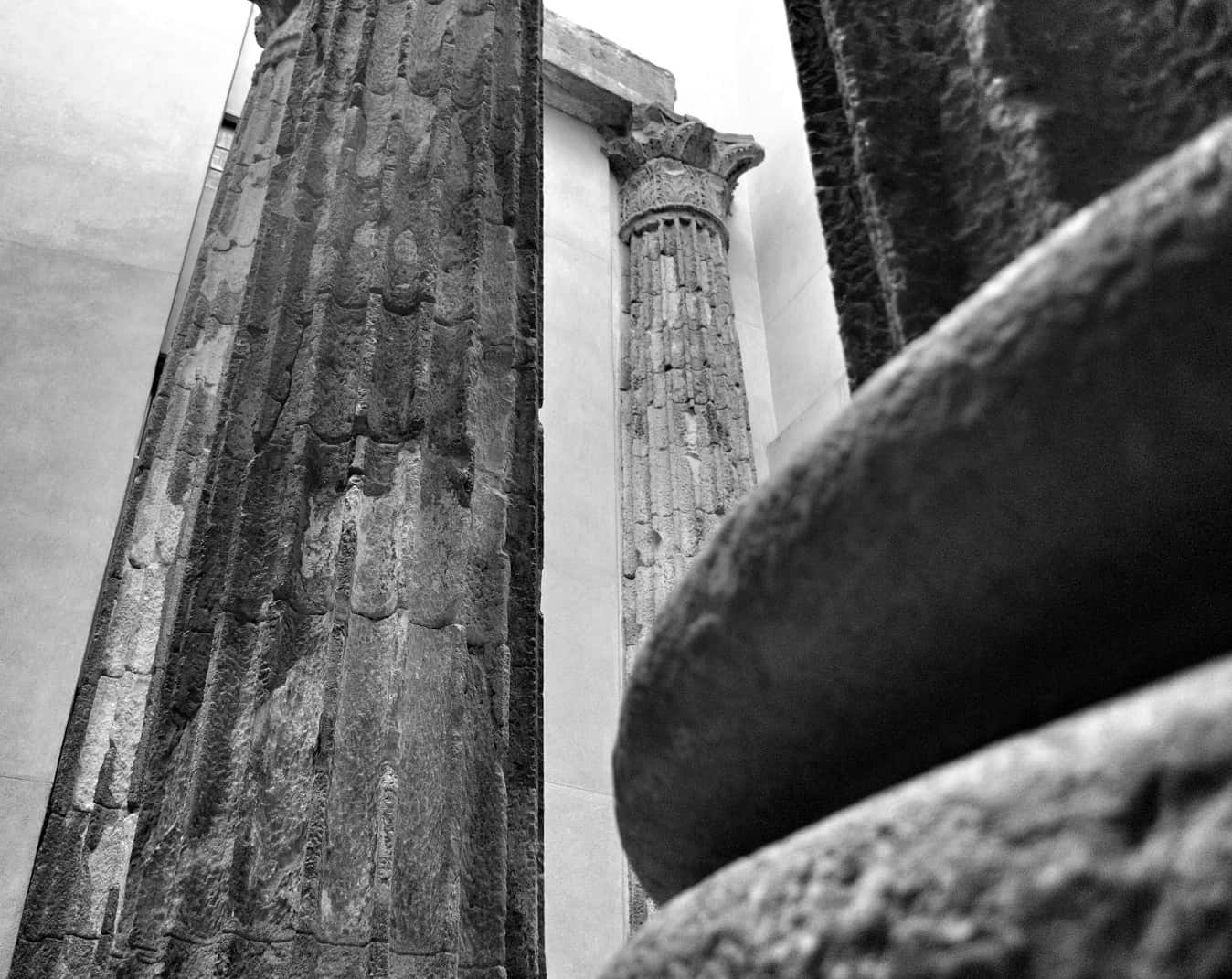 The Temple of Augustus was built in the late first century BC in the Roman colony of Barcino. Many temples dedicated to Augustus, the first Roman emperor, were built in the territories of the Roman Empire.

The remains can be seen inside the medieval building at Carrer del Paradís number 10, in the heart of the Gothic Quarter (view map).

The 9 meter high Corinthian columns formed the back corner of the temple which was 37 metres long and 17 metres wide. Outside the building, a millstone marks the highest point of the Roman city, Mont Tàber. The temple was reconstructed early in the 20th century by the Catalan Spanish Modernista architect Puig i Cadafalch.