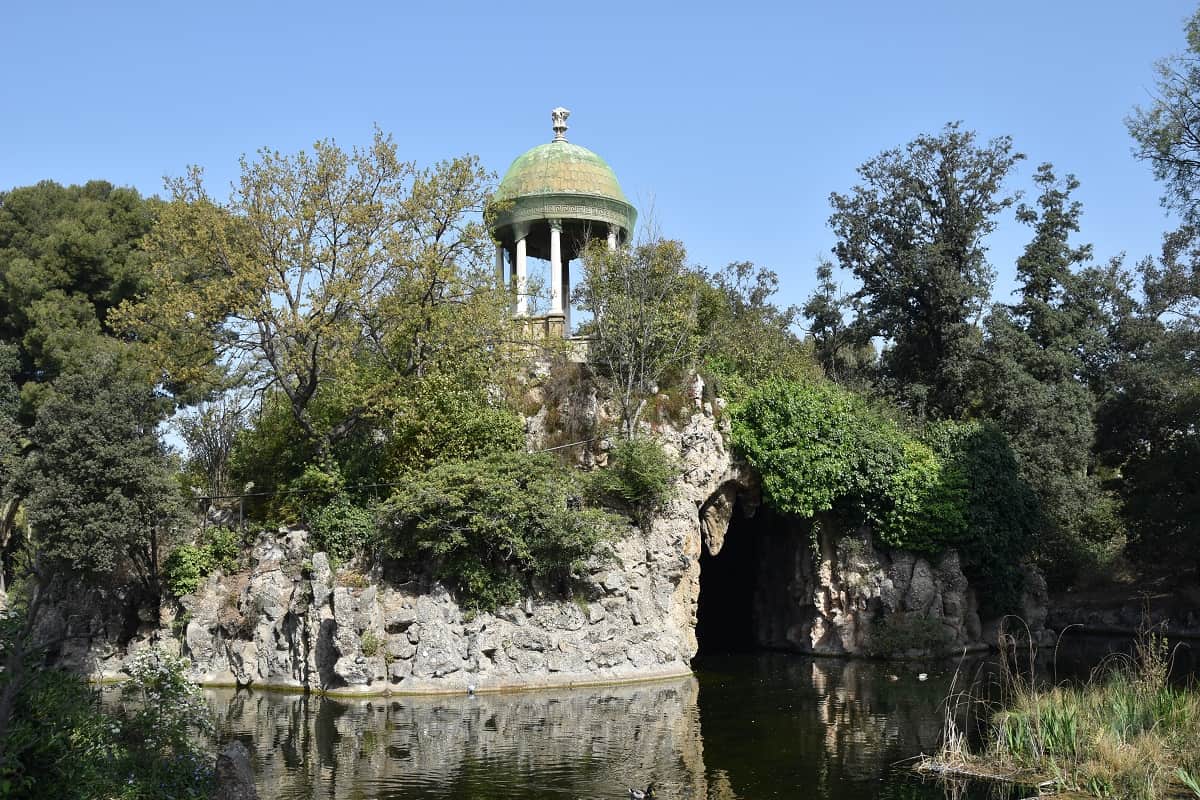 The park was originally an estate during the Middle Ages. At the end of the 19th century the Marquis of Monistrol d’Anoia built a palace and elaborate gardens on the land, including a lake with waterfalls, caves and hidden paths.

During the Civil War the palace of the Marquis was badly damaged and it was later demolished in 1958. The land became municipal property in 1982.

The name of the park is derived from a defense tower dating back to 1564, which stood where the labyrinth now lies. (Torreblanca translates to white tower).

The modern part of the park follows the layout of the old fields of the estate, with large trapezoids surrounding the 19th century gardens.The rose gardens reflect the fact that Torreblanca was one of the most important rose producing centers in Spain.

Plant species present in the park include many banana and pine trees, along with oaks, palms, lindens, acacias, mulberries, cypresses, palm trees and holm oaks. Within the park there are ducks, farm geese, turtles, turkeys, rabbits and parrots.

Each Sunday between 10.00 and 14.00, a farmers market called the Mercat de Pagès takes place in the park. At the market, local farmers from the Baix Llobregat Agrarian Park directly sell their fresh and seasonal products.

How to get to the Parc de Torreblanca

You can get the train (directly from Plaça de Catalunya) to either Sant Feliu de Llobregat or Sant Juan Despí. It is a short walk from either station. Alternatively, you can take the tram from the Francesc Macià stop (beside Plaça de Francesc Macià) which takes you to the park via Avinguda Diagonal.