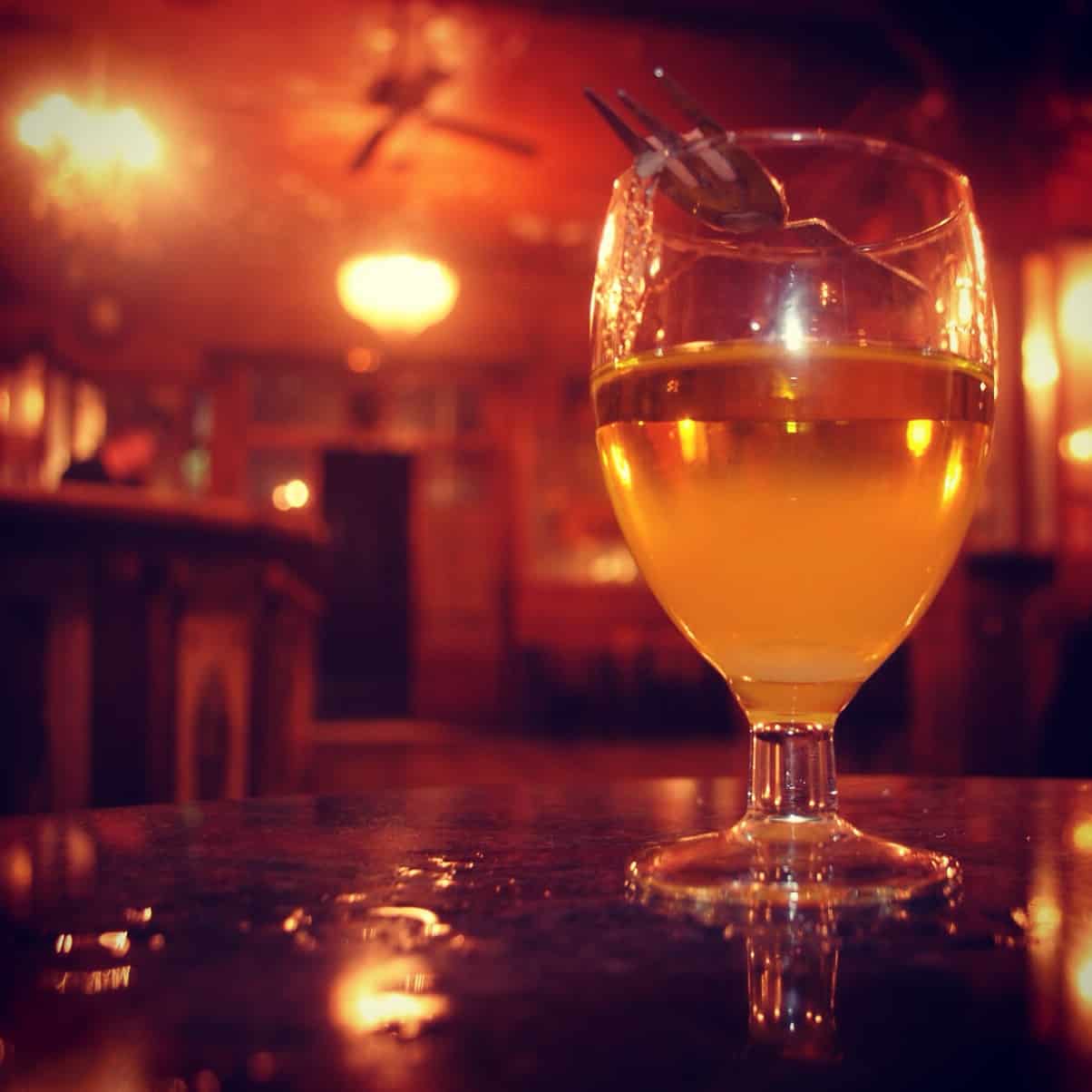 The mythical Bar Marsella (above) has been in business for over 200 years. Since 1820, it has been serving a colourful crowd of artists, bohemians, rogues and villians. Hemingway was known to visit for an absenta (absinthe) and the ‘green fairy’ spirit is still served at the bar to this day. Drinks are cheap and the crowd is made up of unpolished locals, rowdy erasmus students and bemused tourists. The bar is brightly lit, paint is flaking off the ceiling and shelves carry ancient bottles coated with dust and cobwebs. The large bartender appears surly but is friendly when you talk to him. With all this history it was a natural choice to set a scene for Woody Allen’s 2008 movie Vicky Cristina Barcelona. The location in the seediest part of the El Raval neighborhood adds to the edgy appeal. Open at 10PM, the bar livens up around midnight and stays open until 2AM. Carrer de Sant Pau, 65 | View Map

Founded in 1860, Casa Almirall is a beautifully preserved bar on El Raval’s Carrer de Joaquín Costa. The antique decoration takes you back to 19th century Barcelona. The bar combines marble and wonderful woodwoork in the Modernist style, with a predominance of the curve over the straight line. Perched on the bar there is a cast-iron statuette holding a lamp, which is a relic from Barcelona’s 1888 World’s Fair. Carrer de Joaquín Costa, 33 | View Map

Bar Raïm is located on the site of an old winery in Grácia dating back to 1886. It was also used as the official diner for a factory at the end of the street. Raïm now has a Cuban theme, with walls adorned with vintage black and white photographs and paraphernalia from Havana. The bar boasts 18 varieties of rum and it is famous for its mojitos. Open every night of the year. Carrer de Siracusa, 4  | View Map

Another Modernist classic, London Bar in El Raval recently reopened in May 2018. The bar first opened in 1910 and for over a century it has been a favorite of artists, writers and circus fans. During the Civil War it was used as a rehearsal space by circus artists and a trapeze still hangs over the bar. Pablo Picasso, Joan Miró, Antoni Gaudí, Ernest Hemingway and many famous circus artists are said to have passed through this iconic watering hole. Carrer Nou de la Rambla, 34 | View Map

Back in 1912 La Confiteria was a confectionary store, in the heart of the theatre district of Barcelona. Today the beautifully preserved interior houses a cocktail bar and restaurant. Carrer de Sant Pau, 128 | View Map

Opened in 1929, El Xampanyet has been operated by the same family since the 1930s. The traditional interior is decorated with blue ceramic tiles, marble tables, barrels and features a zinc bar. The lively and often crowded bodega is named afer a cava (sparkling wine) called Xampanyet. Carrer de Montcada, 22 | View Map

The art deco Boadas cocktail bar is situated just off the Ramblas. The most upmarket bar on our list, this is where you will have tuxedo clad bartenders whipping you up a first class martini as part of a special night out on the town. The founder Miguel Boadas, a Catalán born in Cuba, had previously worked in the legendary Floridita de La Habana bar. Carrer dels Tallers, 1 | View Map