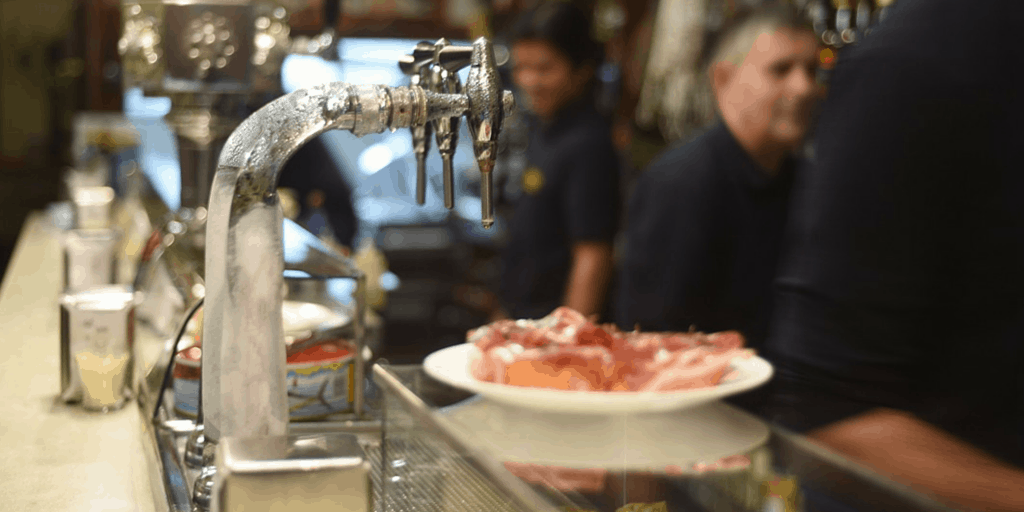 El Xampanyet sits on the historic Carrer de Montcada, a short walk from the Museu Picasso.

In the 15th to the 16th centuries Montcada was an aristocratic street inhabited by noble families and rich merchants who had earned their fortune from the sea trade. The palaces of this period remain and five of them now house the Picasso museum.

Opened in 1929, El Xampanyet has been operated by the same family since the 1930s. The traditional interior is decorated with blue ceramic tiles, marble tables, barrels and features a zinc bar.

The lively and often crowded bodega is named afer a sparkling wine called Xampanyet. Along with it’s cava it is known for tasty tapas such as Cantabrian anchovies.