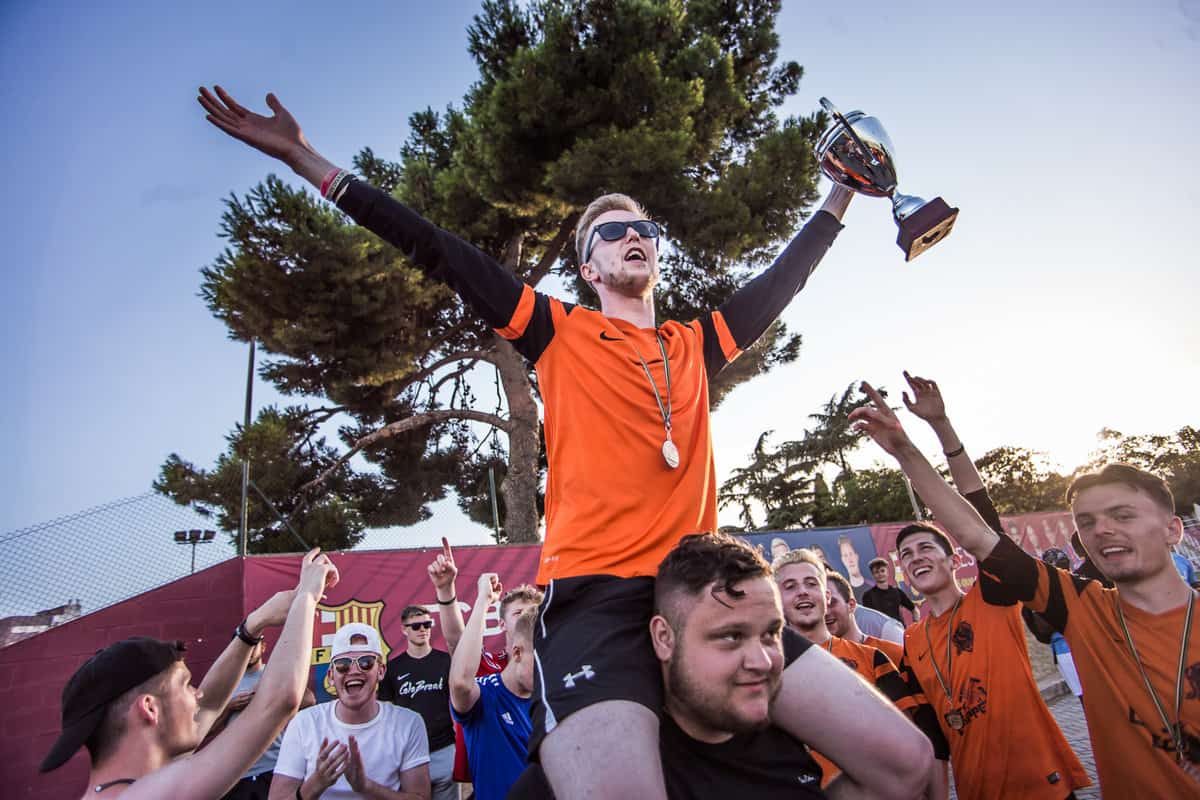 CeleBreak was launched in 2014 by brothers Daniel and Sebastian Foth and their cousin Gabriel Fustero Fernández. The football loving family team organizes daily football sessions, football leagues and different tournaments for amateur players in Barcelona and its surrounding areas.

Daily Pick-Up Football Sessions allow you to join whenever you want and pay on a game-by-game basis. You can play on great fields, meet new friends and socialize at the end with a few beers or in Barcelona’s best nightclubs.

CeleBreak organizes a minimum of 2 matches per day on high quality fields around the city. The first, Agapito Fernández, is situated beside the beach in the El Poblenou neighborhood. The other pitch, La Satalia, is found at the top of Montjuïc and offers excellent facilities.

Weekend Leagues in Barcelona organized by Celebreak are more regular and competitive and allow you to improve your game by playing against other teams with different abilities and styles.

League events take place on weekend afternoons; on Saturdays at La Satalia or on Sundays at Agapito Fernández. The sign-up process is very straight forward, just like the Daily Pick Up Sessions. You can register as an individual and be placed in a team, or with already formed team, comprising around 8 or 9 players per team.

The CeleBreak Mini-Cup, an amateur football tournament for players and teams from around Barcelona, is held once a month.

The main event is CeleBreak with Barça, a 4-Day football festival with a 2-day tournament on FC Barcelona training grounds. This event is ideal for teams from around Europe or for groups of friends who enjoy playing football together looking for a special experience.

An important part of CeleBreak with Barça is the opening and closing parties where everyone involved with the tournament comes together at top nightclubs such as Opium, Shoko and at Sutton.

Tourists can also play with locals with CeleBreak via Airbnb Experiences: www.airbnb.com/experiences/694343