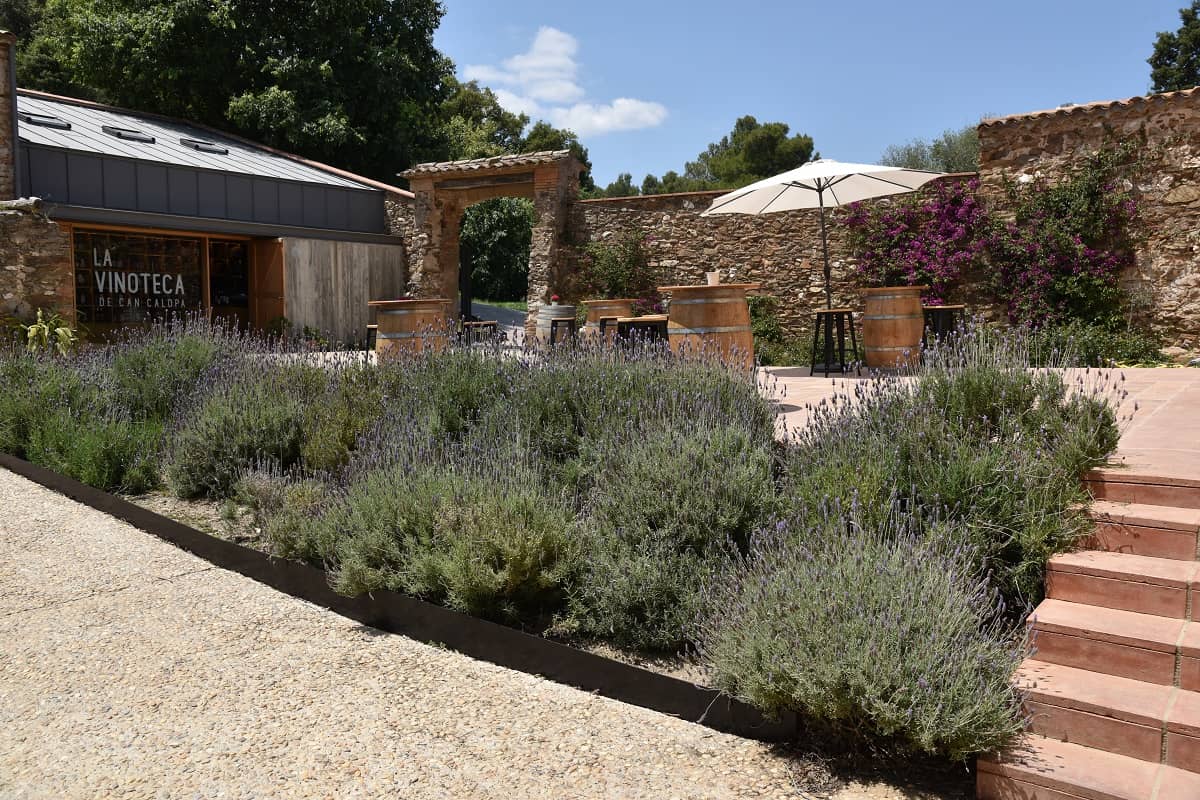 Can Calopa de Dalt is situated in the heart of Collserola Park. Within the city limits of Barcelona, it belongs to the Sarrià-Sant Gervasi district. The farmhouse dates back to the 16th century and has late gothic elements.

Part of L’Olivera Cooperativa based in Vallbona de las Monges, the goal of Can Calopa is to make quality wines while offering social integration to people with mental disabilities and from broken homes via training, work and living opportunities.

The winery traces its origins to the year 2000. Joan Clos, the mayor of Barcelona at the time saw a city wine project in Paris and wanted to replicate the idea and use the wine for official receptions of the City Council. The care of the vines was initially done by the park authority, but in 2010 L’Olivera cooperative took over the production.

In the distance you can see the Temple Expiatori del Sagrat Cor on the summit of Mount Tibidabo and the tip of Torre de Collserola. Can Calopa produces up to 12,000 bottles of wine a year and has two red wines called Vinyes de Collserola and Vinyes de Barcelona.