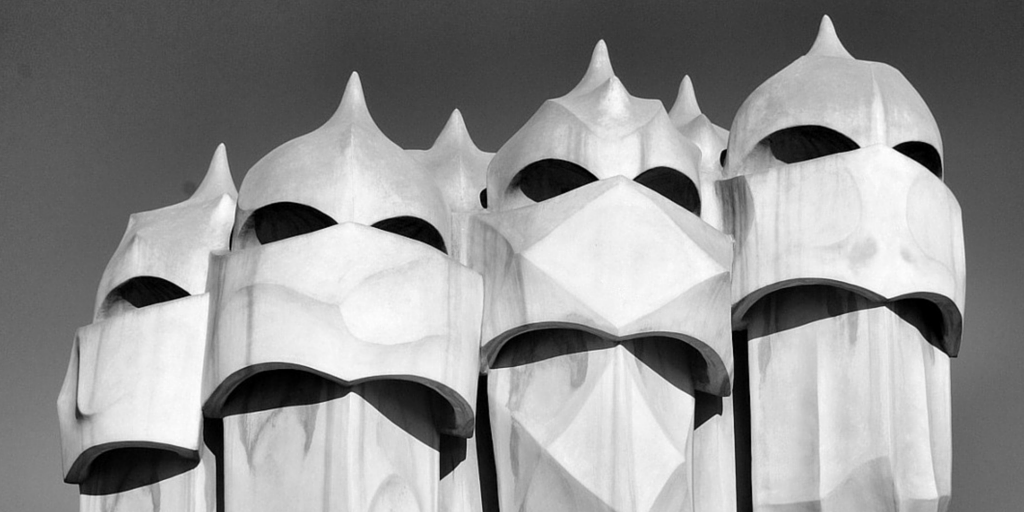 At the turn of the 20th century, some the wealthiest and most ambitious members of the Catalan bourgeoisie decided to build their homes on Passeig de Gràcia. The prestigious boulevard was also the setting of the most exclusive shops, restaurants and cafés of Barcelona.

In 1905, the industrialist Pere Milà and Roser Segimon married and purchased a detached house with garden on a plot measuring 1,835 square metres. The couple commissioned architect Antoni Gaudí to build their new property at 92 Passeig de Gràcia. At the time, Gaudí was working on numerous other projects including La Sagrada Familia, Torre Bellesguard, Park Güell and Casa Batlló. Built from 1906–1912, the main floor of the building was their residence and they rented out the other apartments.

Casa Milà, also known as La Pedrera (the quarry) is located in the heart of the Eixample district.  The facade was constructed using large blocks of limestone from the Garraf Massif on the first floor and from the Villefranche quarry for the upper levels. After many years of neglect, UNESCO declared the building a World Heritage site in 1984. After being restored, the building was opened to the public in 1996.

The building is perhaps most famous for the spectacular roof terrace and chimneys. It is said that the chimneys served as inpiration for the helmets of stormtroopers in the Star Wars movies. Casa Milà has the hallmarks of Catalan Modernista archictecture, such as the predominance of the curve over the straight line, use of natural or organic motifs and dynamic shapes. The building it belongs to Gaudí’s naturalist stage during first decade of the 20th century, during which he drew inspiration from the organic forms of nature.

The building features several structural innovations including a self-supporting stone façade, and a free-plan floor, an underground garage and the unique roof terrace.

Casa Milà is one of the main settings in Dan Brown’s bestselling mystery thriller novel, Origin.

The best time to visit Casa Milà is first thing in the morning, when it opens at 9AM. The closest metro station is Diagonal (L3, L5). A complete tour of Casa Milà takes around three hours and is well worth the ticket price. Casa Milà now receives over 1 million visitors per year and is the eighth most visited monument in Spain. The link below leads to our affiliate Tiqets.