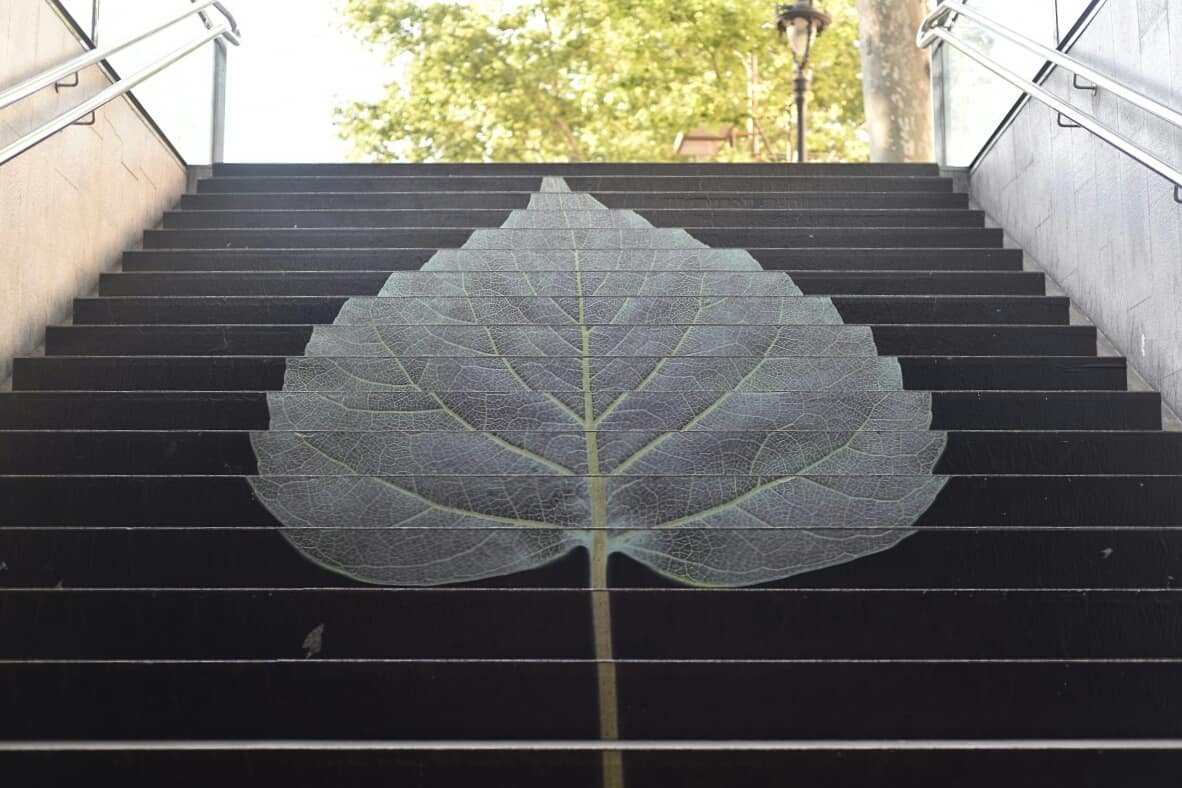 Above: Leaf #1 By Sahand Aizadeh, Emily Carr University of Art and Design. Stairs of the Drassanes Metro stop (L3).

Swab Stairs is part of the Swab Off program and the TMB Culture project. Supported by the Departament de Cultura and Fujifilm, the initiative gives students from 15 design schools in Barcelona and around the world the opportunity to have a piece of their art exhibited in the access stairs of the most important metro stations of the city. The art is chosen through a competition and the 2016 theme is “Utopic Paradigms of the Future City”.