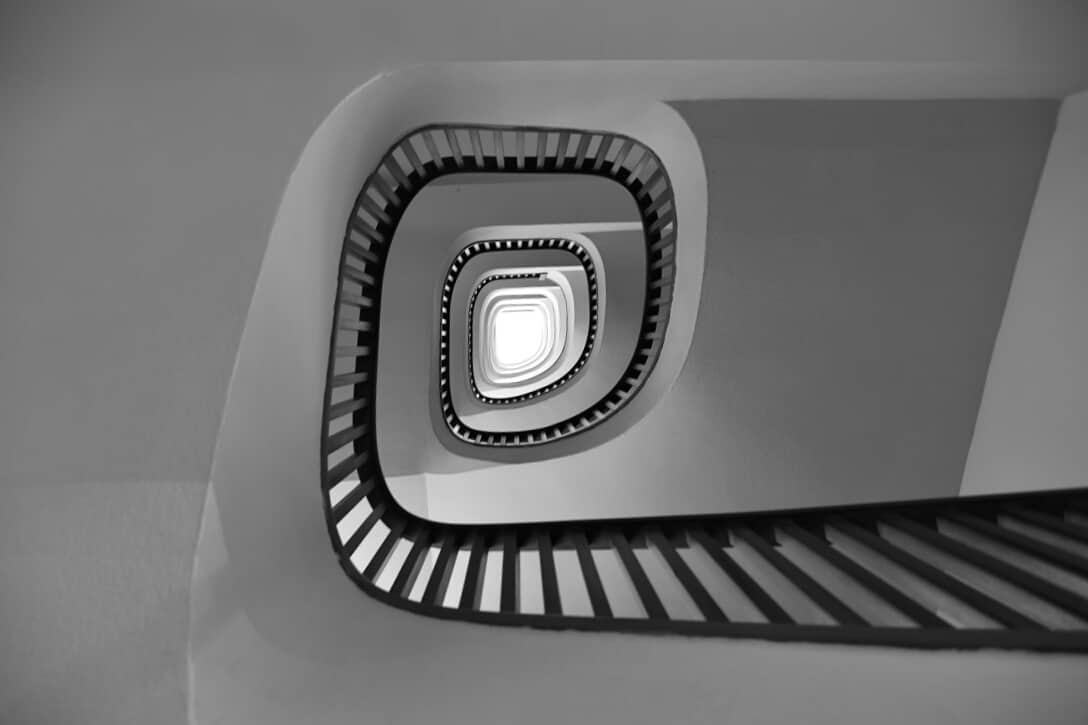 Explore the architecture of Barcelona, from Gothic to Modernist to Art Deco, through seven unique spiral staircases.

The architect of this Art Deco building is Joaquim Lloret i Homs, who made his best known work in the years 1934-1939. Professor Ignacio Barraquer, a lover Egyptian art, chose the Udjat Eye as the emblem of the Barraquer Clinic.

The Modernist Torre de la Creu was the first work of Josep Maria Jujol in Sant Joan Despí, built between 1913 and 1916.

The Cotton House Hotel is housed in a listed landmark built by Catalan architect Elies Rogent in 1879, at the height of the textile industry boom in Barcelona. The building was formerly the headquarters of the Catalan Association of Cotton Manufacturers. The spiral staircase, built in 1957, is not supported on the floor below, but suspended from the metal frame of the upper floor.

This spiral staircase can be found at the Massimo Dutti on the corner of Passeig de Gràcia and Gran Via.

Park Hotel in El Born occupies one of the first buildings of the neo-rationalism movement of postwar Europe. It was was built between 1950 and 1953 by the architect Antoni de Moragas I Gallissà.

Hotel Astoria is housed in an elegant mid-twentieth-century building in the Eixample neighborhood.

The endless spiral staircase leading down from one of the towers on the Passion facade of La Sagrada Família.

Deep underground at the Zona Universitària metro station you’ll find this curious spiral ceiling when you look up.