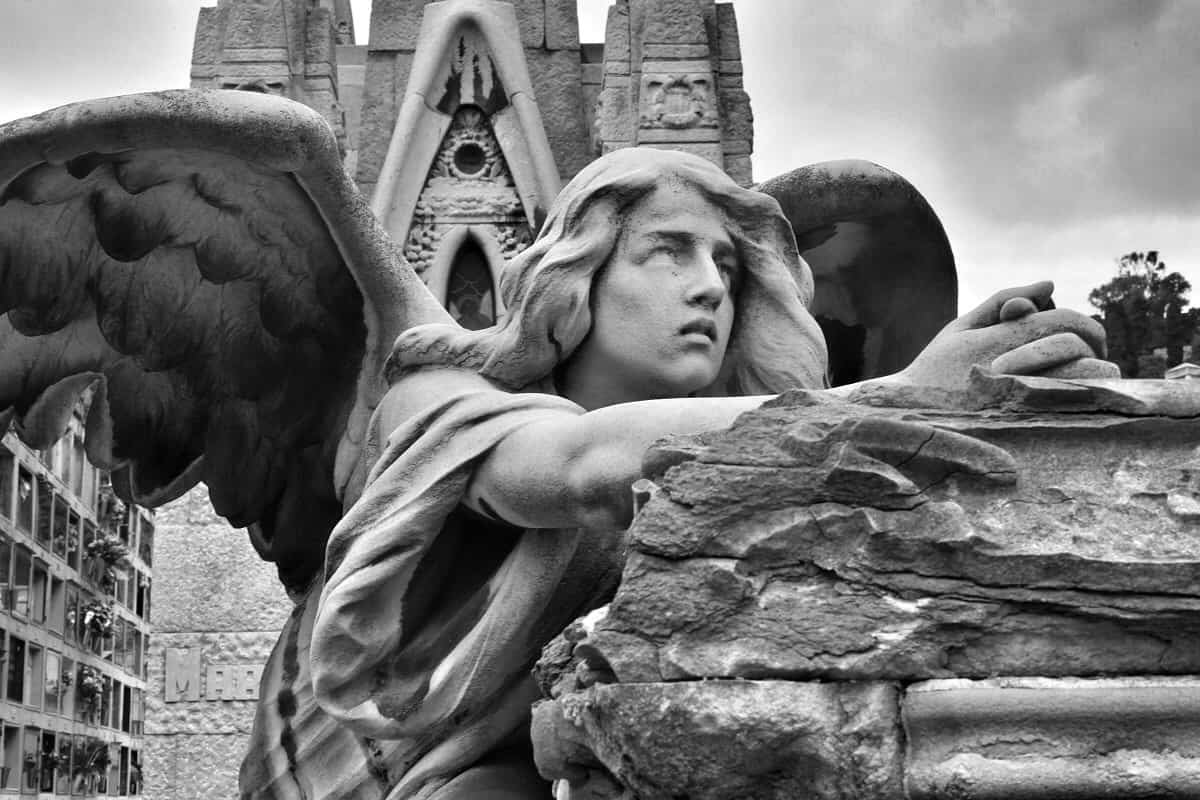 Montjuïc Cemetery (Cementiri de Montjuïc in Catalan), is situated on Montjuïc hill facing the sea. When it opened in 1883 it took over from the older Cementiri de Poblenou as the city’s primary cemetery.

The site now contains over one million burials and cremation ashes in 150,000 plots, niches and mausolea.

Several artistic and design movements are reflected in the monuments of the cemetery, including Gothic, Art-Nouveau and Modernisme.

While there is no metro stop nearby, you can catch the 21 bus to reach the cemetery, which is open to the public from 8:00AM – 6:00PM daily.