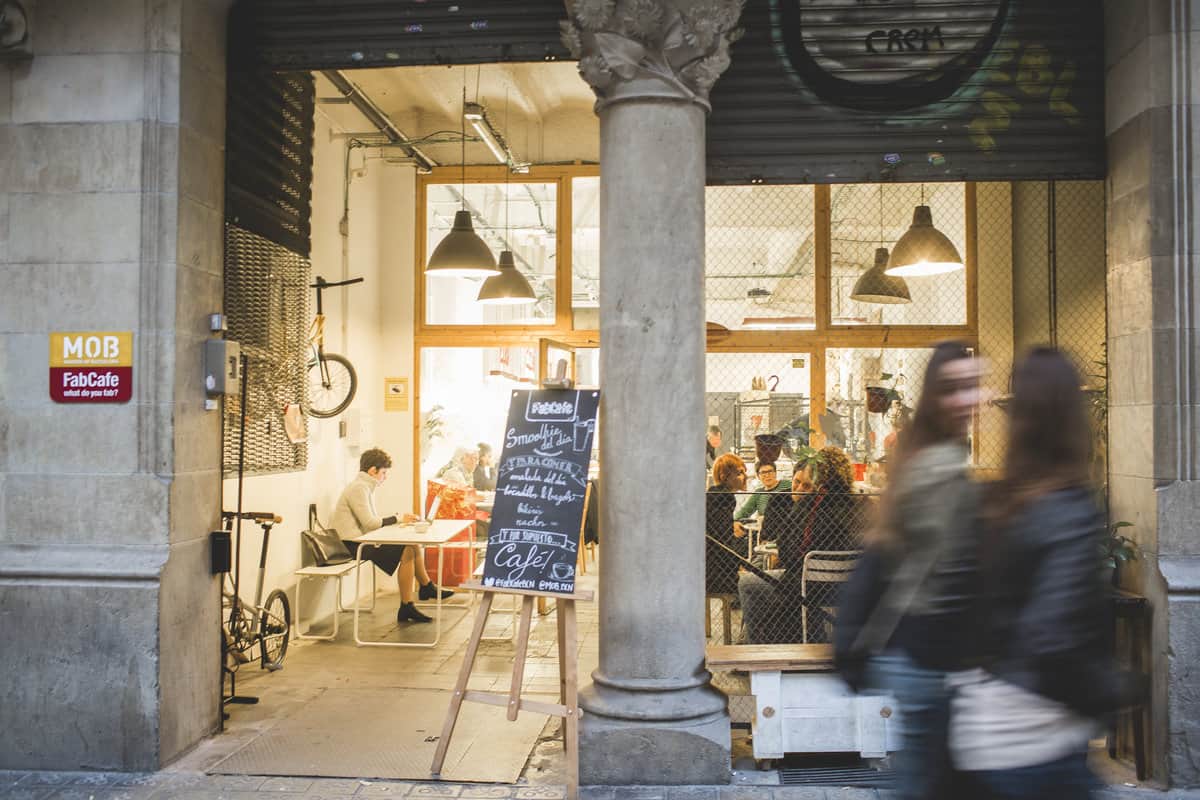 MOB (Makers of Barcelona) is housed in a 1000m2 former textile factory in Eixample. Surrounded by beautiful modernist buildings, MOB is conveniently located a short walk from either Urquinaona or Arc de Triomf metro stations.

As well as being a coworking space, MOB serves as a meeting place for Barcelona’s creative community and features a variety of events on a regular basis.

In 2014 MOB launched Fab Cafe Barcelona. The first Fab Cafe in Europe, it allows patrons to print 3D prototypes while enjoying a coffee and socializing with other makers.