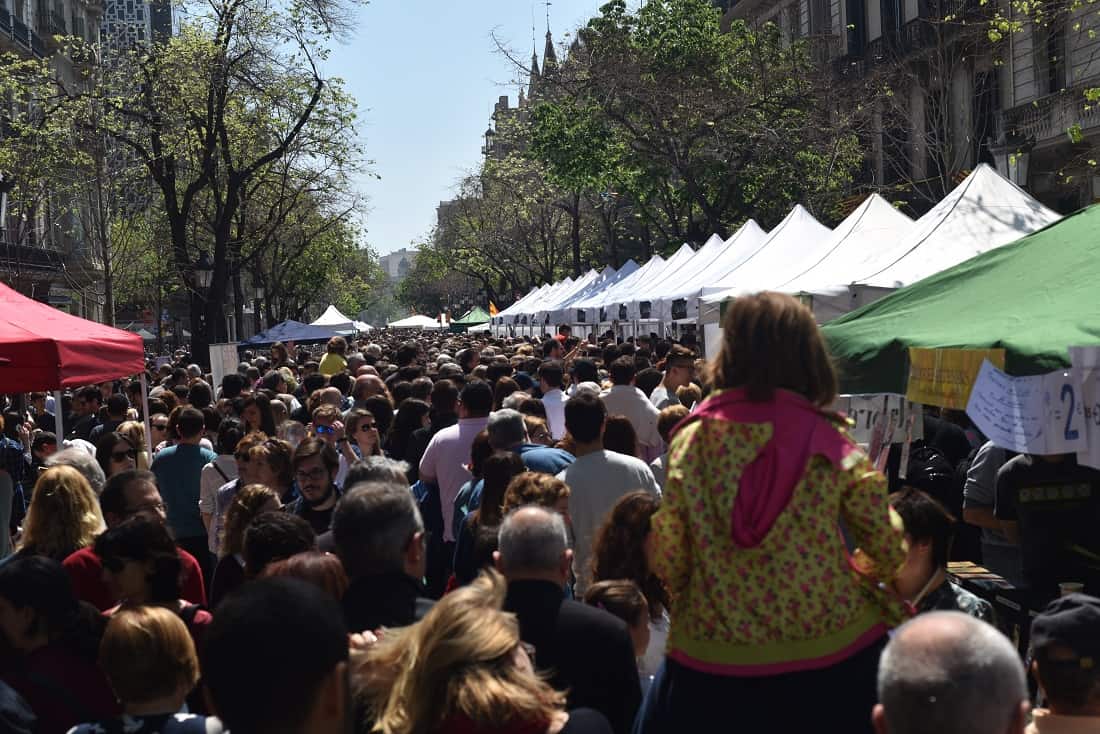 The 23rd of April marks the anniversary of the death of Miguel de Cervantes (as well as Catalan writer Josep Pla and English playwright William Shakespeare) and in 1926 Spain declared the date as Spanish Book Day. Sant Jordi Day has become the day of the rose and the book, celebrating both love and culture.

The Generalitat in Plaça de Sant Jaume is open to the public on Sant Jordi’s Day, and visitors can see the historic “Saló de Cent” (Room of One Hundred) and other areas of the city hall.