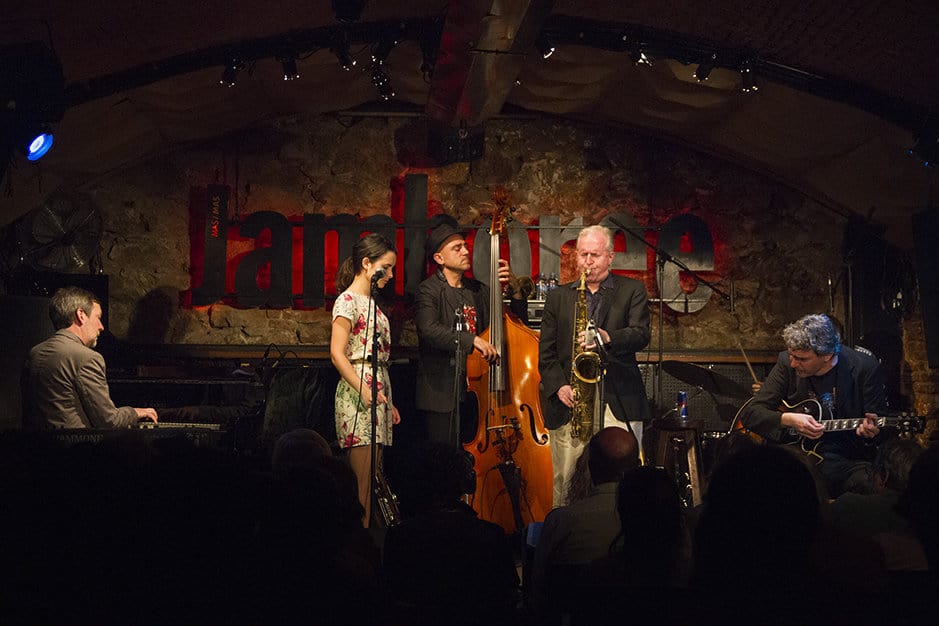 In 1960, entrepreneur Joan Rosselló converted a bar called Brindis, located at Plaça Reial number 17, into a jazz club called Jamboree, a Zulu word meaning meeting of tribes. Legends such as Bill Coleman, Kenny Drew and Chet Baker took to the stage at the club or in larger auditoriums under the organisation of the Jamboree managers.

However, the rise of venues such as Boccaccio and the progressive decrease of interest in jazz forced the club to close in 1968. In 1992, the year of the Barcelona Olympics, lawyer Javier Camara acquired the venue and reopened Jamboree. Economic difficulties forced the owners to sell it nine months later and in May of 1993 the Mas i Mas group acquired the club.

Musical activity now goes beyond jazz to also cover blues and the club hosts two concerts a day, 365 days a year.  Since 2001, a jam session called WTF! takes place on Mondays where jazz musicians mix with artists from different genres such as hip-hop, funk and electronic music.