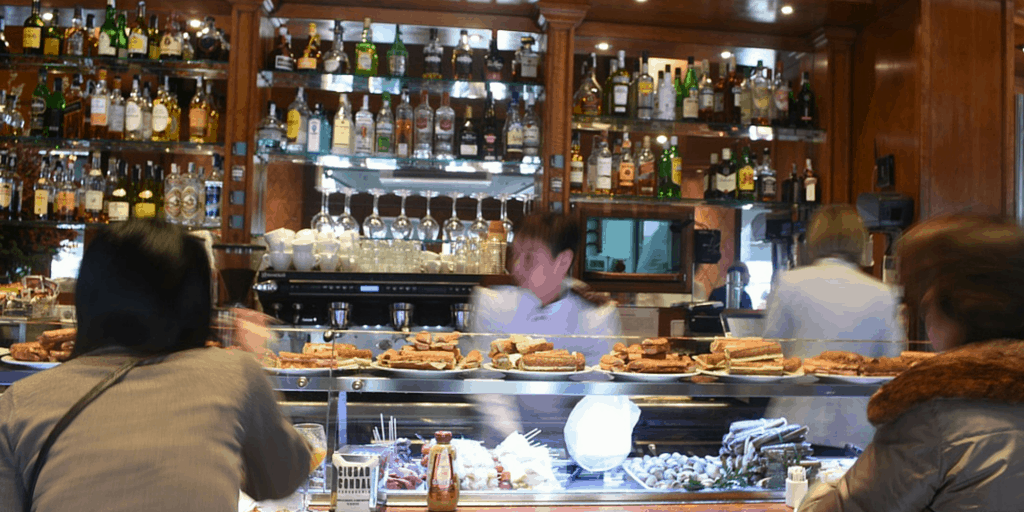 Opened in 1997, Ciudad Condal, is located on the bustling corner of Rambla Catalunya and Gran Via. The restaurant offers a large variety of montaditos and tapas and boasts an impressive selection of imported beers. Try the brocheta d’escamarlans (brochette of large shrimp).

Unlike many of the best tapas restaurants in Barcelona, Ciudad Condal has expansive hours; open after midnight,  on Sundays and during the month of August.

The restaurant is very busy, with a long pleasant bar and wood panelled decor. The clientele is a mix of international visitors and locals. Smartly dressed waiters, resembling naval officers attend to the flowing stream of patrons. Outside there is a terrace on the middle of Rambla Catalunya where one can watch the world go by.