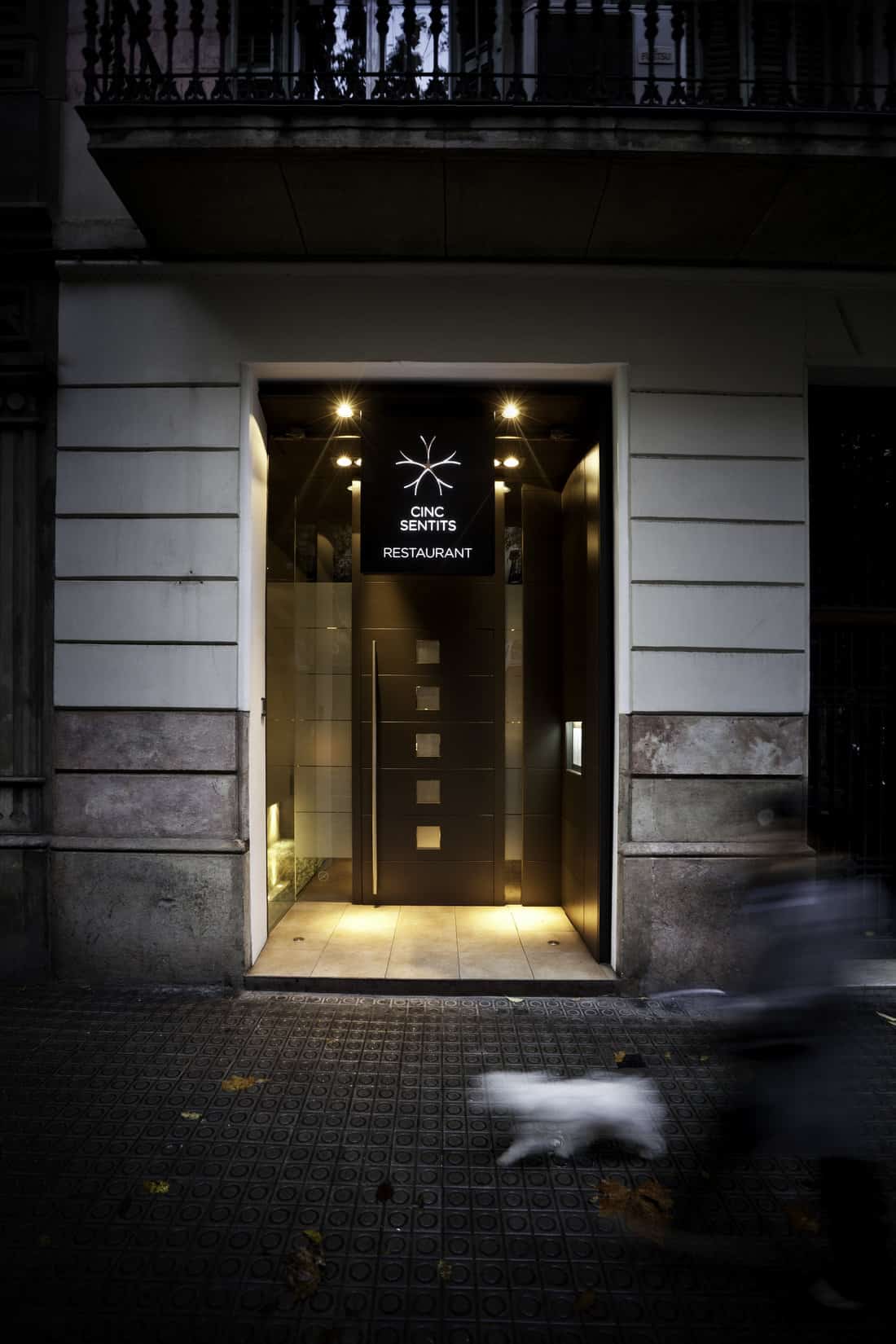 Often cited as the best restaurant in Barcelona, Cinc Sentits (Five Senses) was awarded and has maintained a Michelin star since 2008. The restaurant is owned and run by self-taught chef Jordi Artal and his sister Amèlia Artal, the maître d.

The Canadian-Catalan siblings worked in fast paced Silicon Valley during the dot-com boom of the 1990’s. The popularity of their dinner parties at the time received a glowing response from friends which eventually lead to the creation of Cinc Sentits on their return to Barcelona. Only five months after opening, gastronomy critic José Carlos Capel of El País named Cinc Sentits one of the six best restaurants in Spain.

Three tasting menus are offered:  ‘Sensaciones’, ‘Esencia’ and ‘Gastronómico’ using fresh seasonal ingredients and drawing from Catalunya’s culinary traditions. Ingredients used by Artal include line-caught fish from small fishing villages along the Mediterranean coast, organic beef from the Catalan Pyrenees and Iberian suckling pig from Extremadura. Fruit and vegetables are delivered from organic farms just north of the city within hours of being picked.

A business lunch is offered in addition to the tasting menus during the work week. Their award winning wine list includes over 250 varieties from the wine regions of Catalonia as well as Spanish and international choices.

Reservations should be made up to two weeks in advance by phone or on the website.