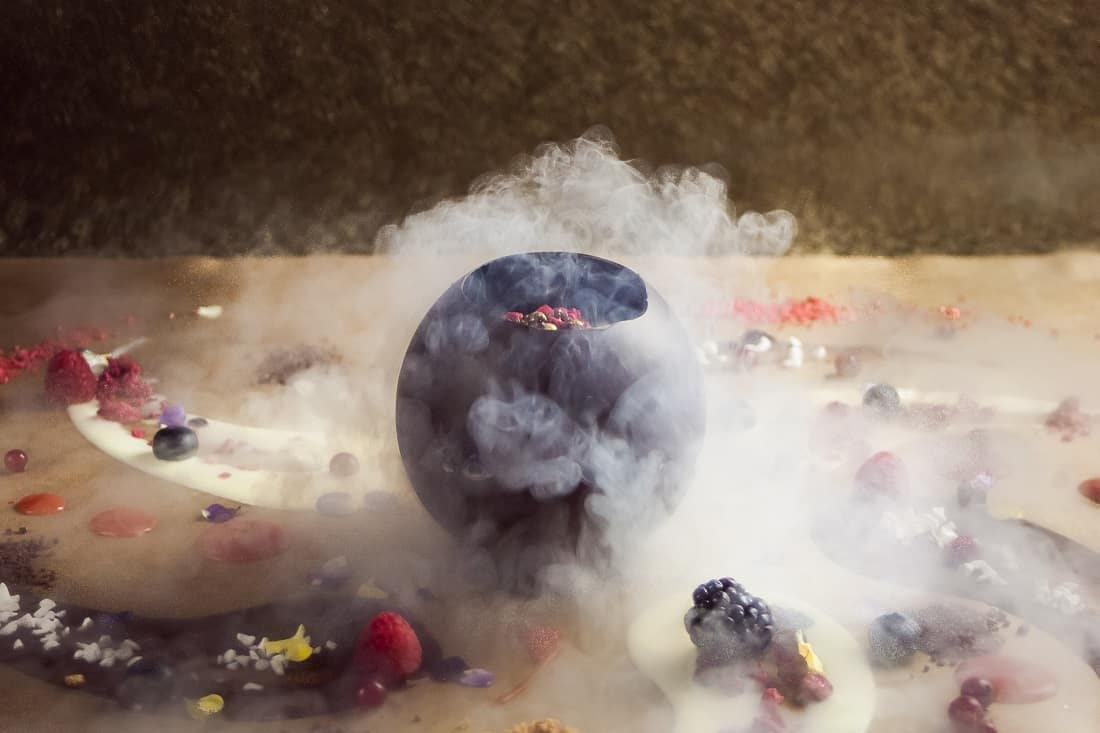 Caelis is located in the Hotel El Palace, formerly the Ritz Barcelona, situated in Eixample near Passeig de Gràcia.

The restaurant was awarded a Michelin star in 2011 under chef de cuisine Romain Fornell, who was the youngest ever French chef to win a Michelin star in 2001 and the only Frenchman to achieve a Michelin star in both France and Spain. The menu varies according to the season, but classics such as vichyssoise en cubo de hielo and macarrones “mar y montaña” can always be found in different tasting menus.

The El Palace Hotel opened in 1919 and the stately dining room recalls the elegance and grandeur of the period. Caelis restaurant has a capacity for 50 guests in the main dining room and also a private room which accommodates 10 people.