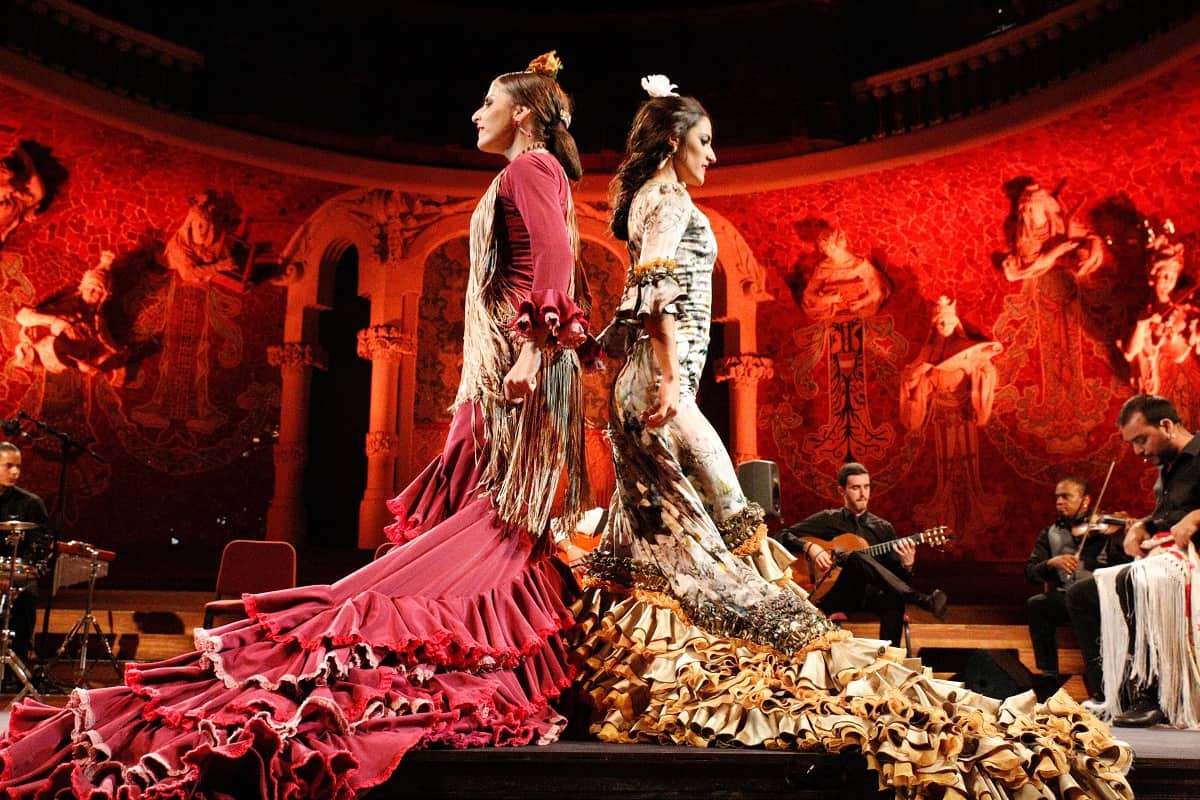 Flamenco is an art-form based on folkloric music traditions of southern Spain; primarily from Andalusia, but also with roots in Extremadura and Murcia. It combines baile (dance) with cante (singing) and toque (musicianship). In 2010, UNESCO included flamenco on its List of the Intangible Cultural Heritage of Humanity.

Barcelona y Flamenco is the most famous flamenco production in Barcelona. Events are held in two historic locations: the

on Las Ramblas and in the Palau de la Música Catalana, the modernist masterpiece designed by Lluís Domènech i Montaner.

The Opera y Flamenco show has been running continuously since 2004 has now been seen by over three million spectators, making it the most widely attended flamenco event in the history of Barcelona. The show tells the tempestuous love story between two flamenco dancers. Sensual choreographies are coupled with the most famous opera arias, such as Casta Diva by Bellini, Carmen by Bizet and Tosca by Puccini.

The Gran Gala Flamenco show takes the audience on a journey through various palos (traditional musical forms in Flamenco). These include the boisterous bulería, the happy, dynamic alegría, the solemn and intense solea and the rhythmic tango. Gran Gala Flamenco features the guitarist Juan Gomez “Chicuelo”, one of the top flamenco artists of his generation. In 2013, he received the Goya Award for Best Original Song, the theme of the film Blancanieves.

The Guitar and Flamenco show is focused on the percussive and rhythmic flamenco guitar and traditional dance, using a compilation of classic works of Spanish artists. The show features the renowned guitarists Juan Carlos Gómez and Luismi Gómez along with the skilled flamenco dancers Lorena Oliva and Maria José González.