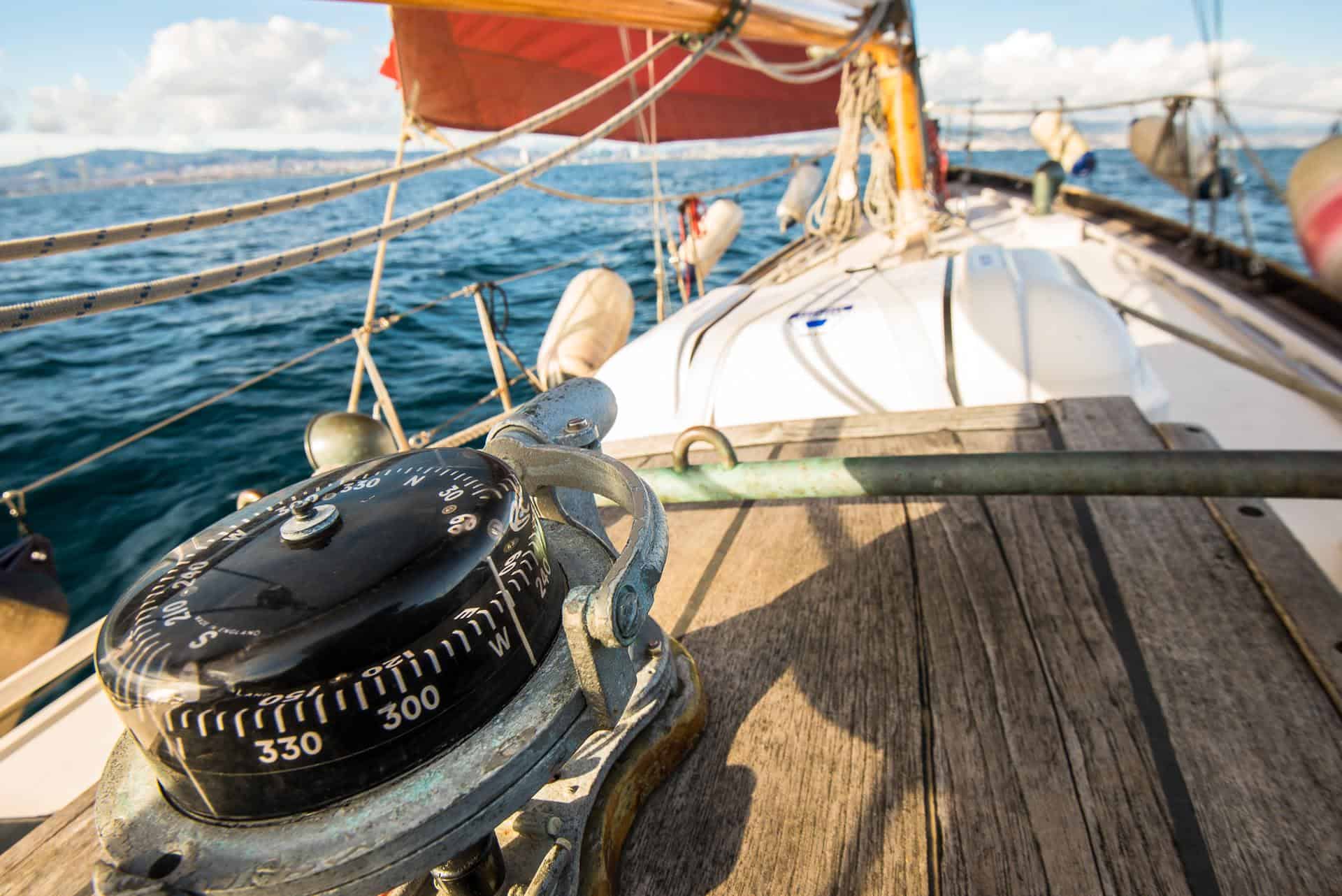 Classic Sail Barcelona has been offering 3-hour day trips on the iconic sailboat “Gemini” (pictured above) since 2010. Gemini is a beautiful wooden classic yacht, built in 1947. Groups number from 1 to 7 people. The layout of the boat offers a large deck area to occupy, separate from the cockpit and the skipper, Dave. Children up to 16 years old go for free. The trips offer the possibility to stop for a special swim while miles out in the Mediterranean sea.

The boats tours of Las Golondrinas date back to the Universal Exhibition of 1888. The Columbus Monument (Monument a Colom), a 60 m (197 ft) tall monument to Christopher Columbus, was built for the exposition on the site where Columbus returned to Europe after his first voyage to the Americas.

The 1 hour 30 minute tour offers impressive views of the beach and Barcelona skyline. The boats depart from Portal de la Pau, near the monument of Colombus. The tour covers 18 miles of the coastline of Barcelona reaching as far as diagonal mar and port forum. The boats are the catamarans Trimar and Omnibus and the monohull Antina G. The first foor is covered and the upper deck is open air. In the Trimar and Omnibus there is a lower section with glass windows that allow you to view under water. The boats are handicapped accessible and include a bar serving snacks and drinks.

The 40 minute harbour tour includes views of Maremagnum, the bridge ‘Porta d’Europa’, the Tower of the Clock, the old lighthouse from the era of Carlos III, views of Montjuïc mountain and its castle. This tour also includes the commercial wharves of merchant ships and the cruise ships that are moored. For the shorter tour traditional motor boats are used; the Lolita, Encarnacion and Maria del Carmen.