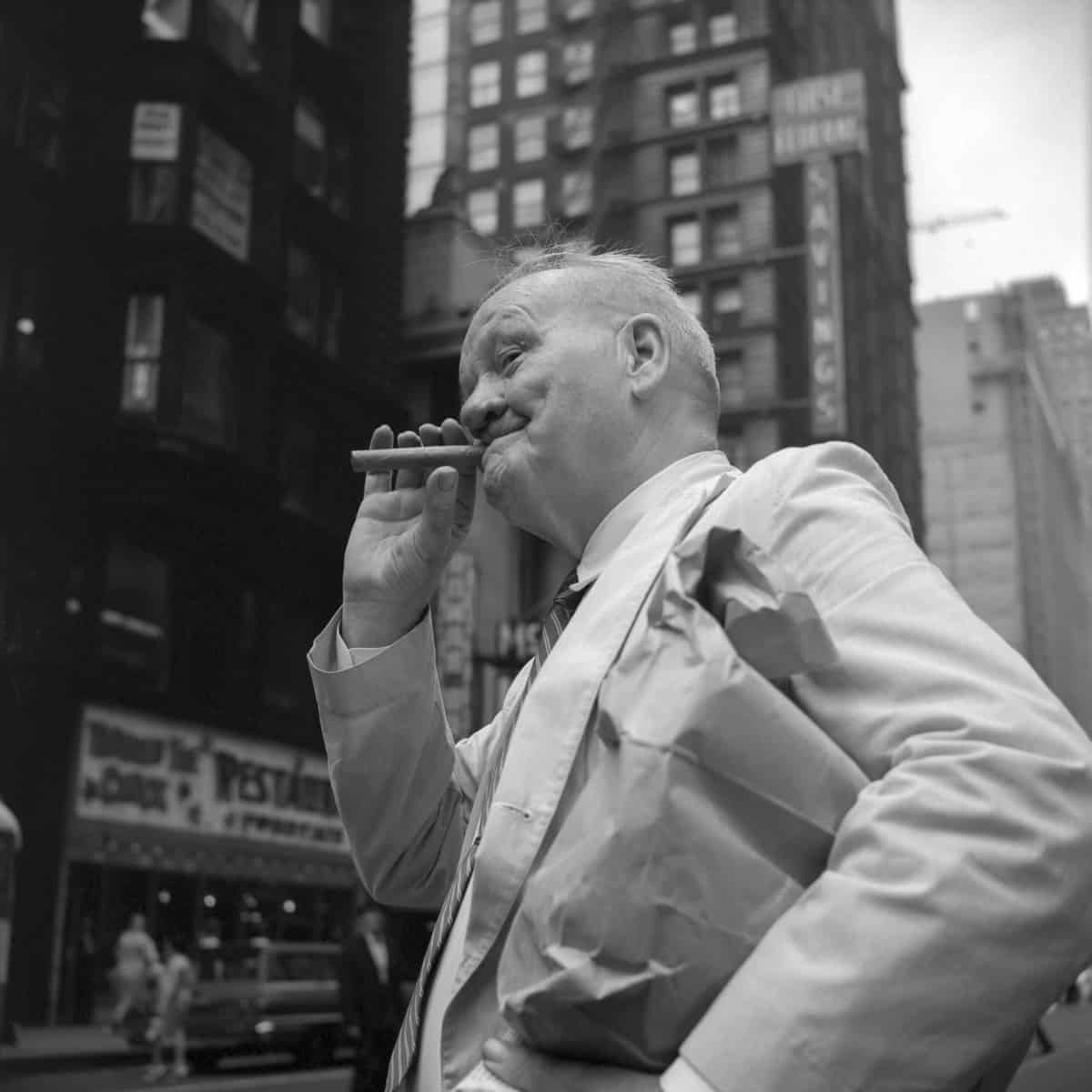 Foto Colectania is hosting the first exhibition in Barcelona of the work of Vivian Maier (1926 – 2009), an American governess had a secret passion for street photography. The exhibition includes eighty photographs, most of them unpublished and unknown to Vivian Maier herself, coming from her undeveloped archive. Maier’s work was accidentally discovered shortly before her death and the show includes black and white photographs, colour photographs and Super 8 films.

John Maloof, a young researcher on Chicago’s history, bought the unknown Maier’s belongings at a small auction in Chicago’s Northwest side in 2007. The storage turned out to contain an extraordinary body of photographic work, including over 120,000 negatives, super 8mm and 16mm films, various recordings, miscellaneous photographs, and a multitude of undeveloped films. In 2009, Maloof shared the photos online and critical acclaim and interest in Maier’s work quickly followed. The black and white and colour photographs included in this exhibition show New York and Chicago street scenes from the 1950s to the 1980s.

Maier took photographs steadily and almost obsessively throughout her life. However, the photographs were never shown to anyone, not even to the family with which she lived and for which she worked for more than 17 years. She knew how to capture in detail the moments and singularities of “Urban America” of the second half of the twentieth-century with a great sense of composition, light and context: images of the demolition of historic constructions as a result of the urban development of the times, scenes of people’s daily life in the city, as well as photographs of some of the most iconic places of New York and Chicago.

Her photographic language comes from her own visual experience, based on the subtle and quiet observation of the world involving her. With her medium format Rolleiflex, she knew how to capture her time within a fraction of a second. She narrated the beauty of ordinary things, seeking the imperceptible cracks and elusive inflections of the real in everyday banality.

Most of times she finds herself inside the photographs: behind a mirror, in her own shadow extending on the ground, in her silhouette in the puddles of rainwater, and even in the reflections of her distorted image, repeated to infinity in search of herself. Vivian Maier made numerous self-portraits throughout her life. But her world was also the others, the unknown, the anonymous people whom she approached for a little while. She sought the exact place and angle and harmonized with them in the space.

“Vivian Maier stays at the threshold and even beyond the scene she photographs, never on this side, so as not to be invisible. She takes part in what she sees and becomes a subject herself.”

Maier’s work has renewed interest in Street Photography and her work now sits among that of masters of the genre such as as Helen Levitt, William Klein, Diane Arbus or Garry Winogrand.

Maier was born in New York to a French mother and Austrian-Hungarian father. She worked as a governess for more than 40 years. She spent her youth in France until her return to the United States in 1951, where she worked as a nanny for more than four decades, initially in New York until 1955, and later in Chicago. It was in her spare time that she took photographs. She did not share them with others and in this sense she has been described as an “outsider artist”.

During her lifetime her work went unrecognized, and remains a mystery. She appears to have died in poverty, living in the street for a while, until the children she had taken care of during the 50’s bought an apartment for her and paid her bills until her death in 2009. More information on the artist can be found at www.vivianmaier.com.

The documentary Finding Vivian Maier, released in 2014 and directed by John Maloof and Charlie Siskel was nominated for an Oscar and has led to Maier’s posthumous reputation as one of the most accomplished street photographers of the twentieth century.

The exhibition “Vivian Maier. In Her Own Hands” is part of Foto Colectania Foundation’s thematic year, which is focused on the question “But, what is photography?”. The question does not aim to provide a unique answer, but to draw attention to the importance of photography and the image in contemporary society and culture.