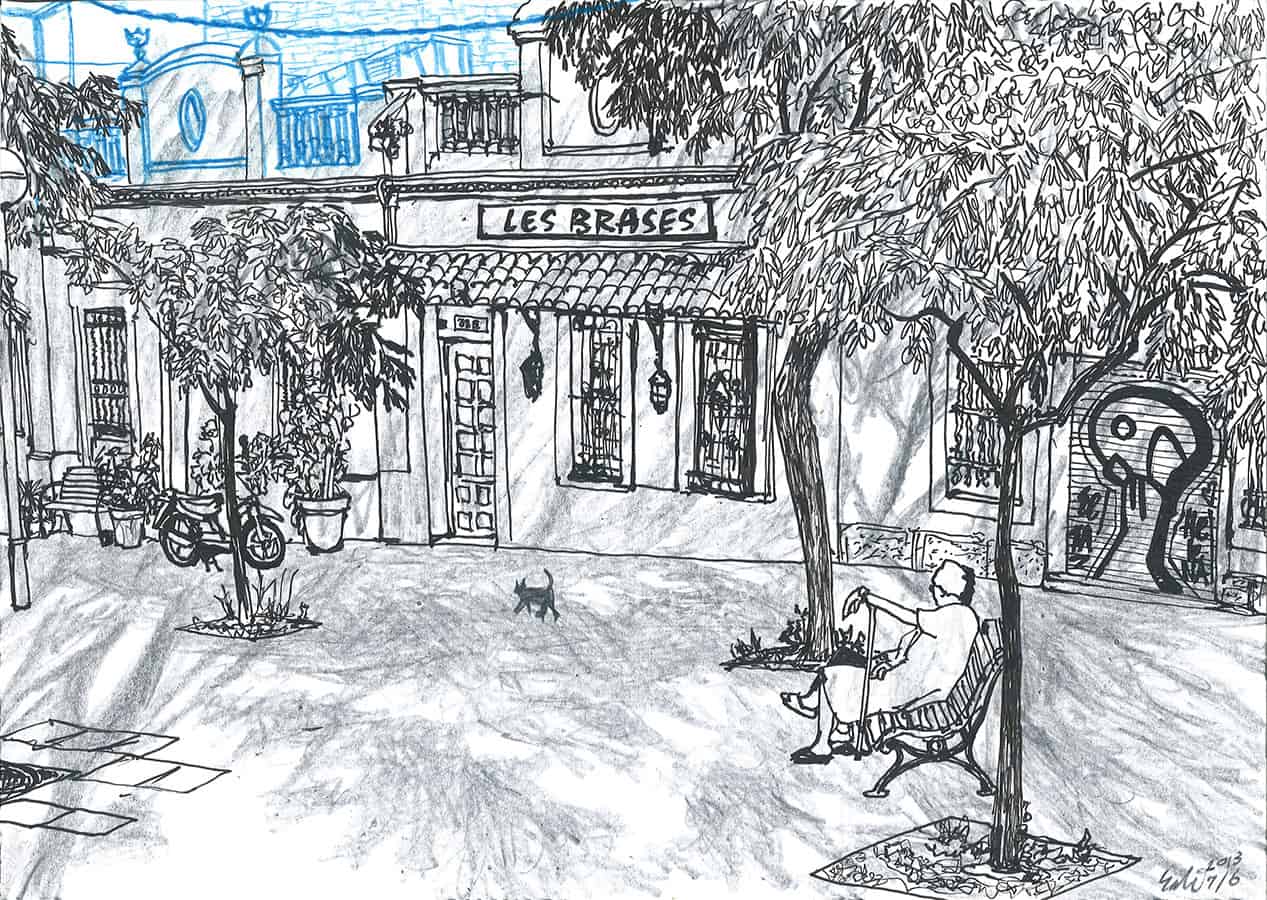 Takayuki Maejima was born in Tokyo. He studied graphic design in Milan and has lived in Barcelona since 2008.

From 2012 to 2016, he launched a project named “Everyday I draw Barcelona” that consisted of drawing different corners of the city of Barcelona, one by one every day. He published the drawings on Facebook the same day he drew them and shared with his followers.

He called it a “project”, but it’s pretty simple. When he walks and encounters a sight he likes, he stops there, takes out the paper and marker pen, and draws while standing on the spot.

Among the more than 1,500 drawings of this city that he realized in this way, there are also drawings of famous places such as the Sagrada Familia and La Pedrera, but the majority of them are of unnamed local streets that are not listed in tourist guidebooks. He always finds the scenery of everyday life attractive, and the place where he can feel the lives of the people living in the city.

A series of balconies on the sidewalks of the Clot neighborhood, cars and garbage containers parked side by side on the streets of Poblenou, the rooftop of Gràcia where the blue horizon of the sea can be seen beyond the cityscape, a narrow street where the locals of Raval come and go, just behind a crowded streets of tourists…

He continued to draw the city that shows different expressions in each district.

The marker pens and pencils are in the pen case that Taka always carry with him.

If he wants to make a strong and clear line, first he draws an outline from the object that caught his eye with a marker pen, and then add a shadow with a pencil.

He draws sights that change from moment to moment, so if a person or a bird passes in front of him while he’s drawing, he can quickly add that figure to the picture. It’s interesting to see the unexpected finish due to the ad-lib that is unique to live performances.

The drawing that he draws while putting himself in that space, standing alone for a while, has the power to convey the atmosphere of the place. He thinks that it can be expressed differently from photography. By drawing every day for a certain period of time, Taka was able to record the appearance of the changing city at that time. 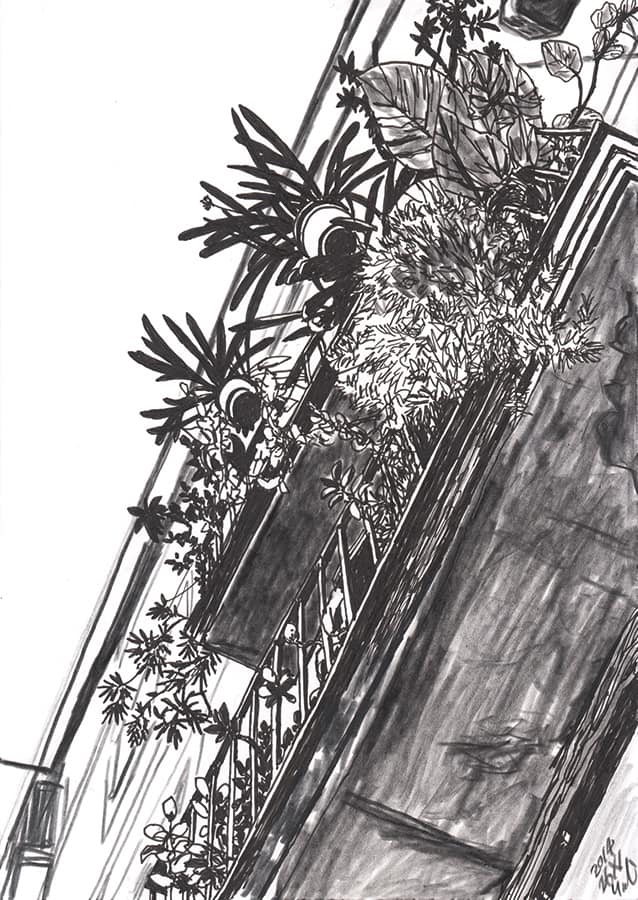 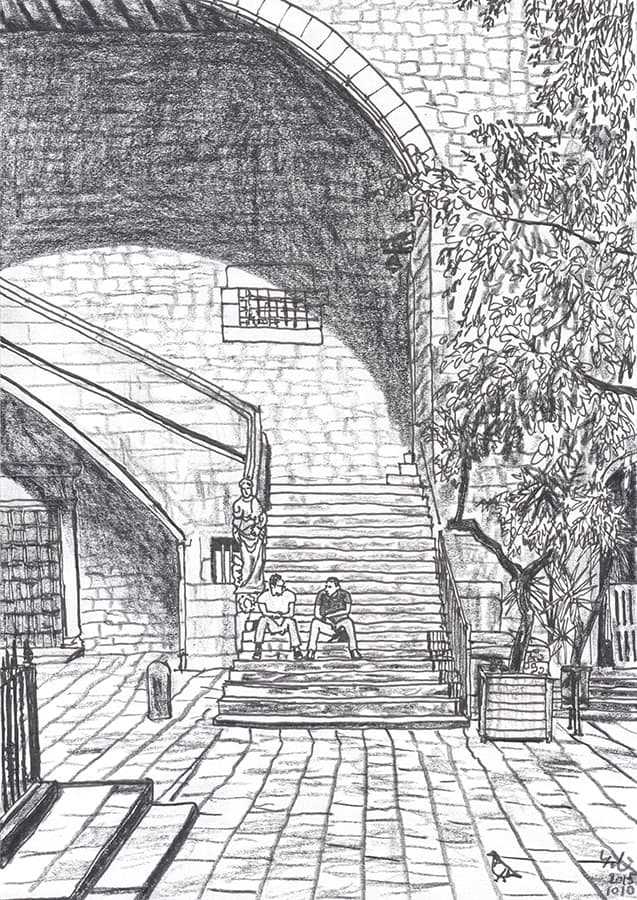 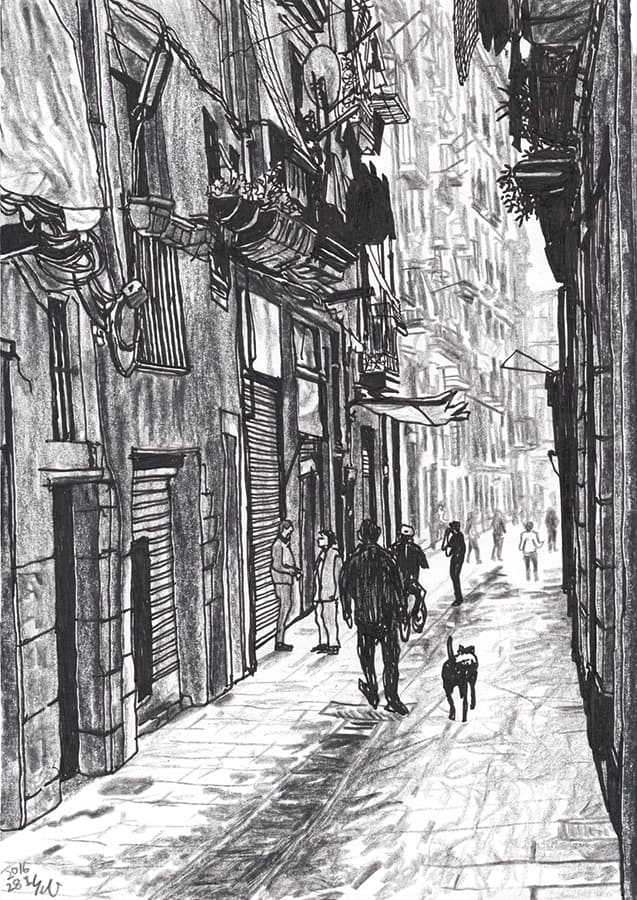 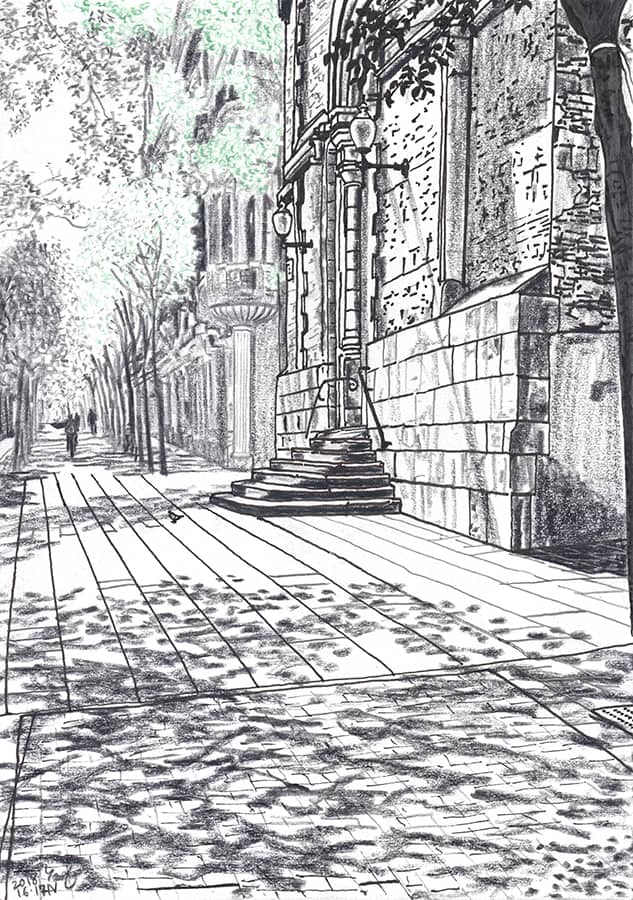 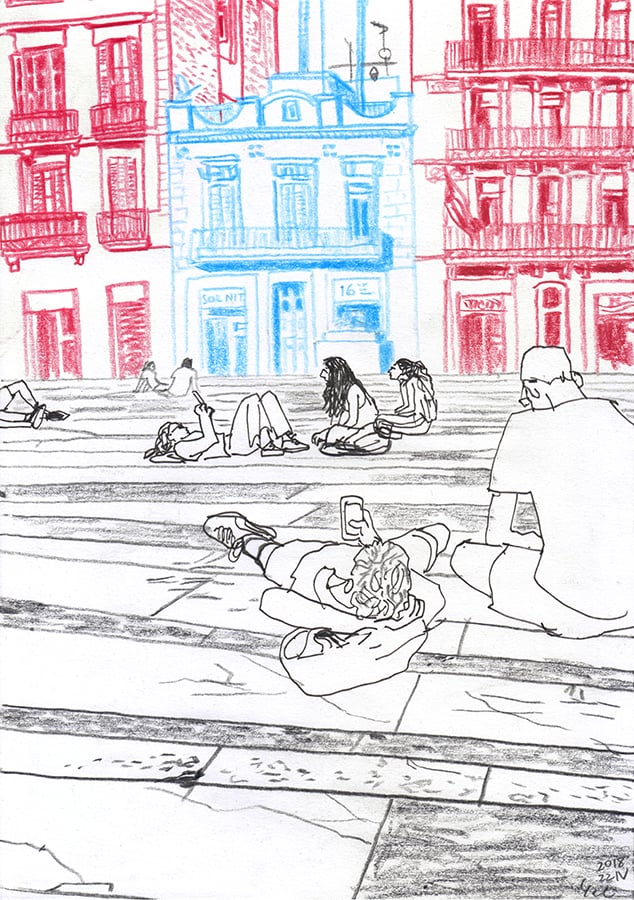 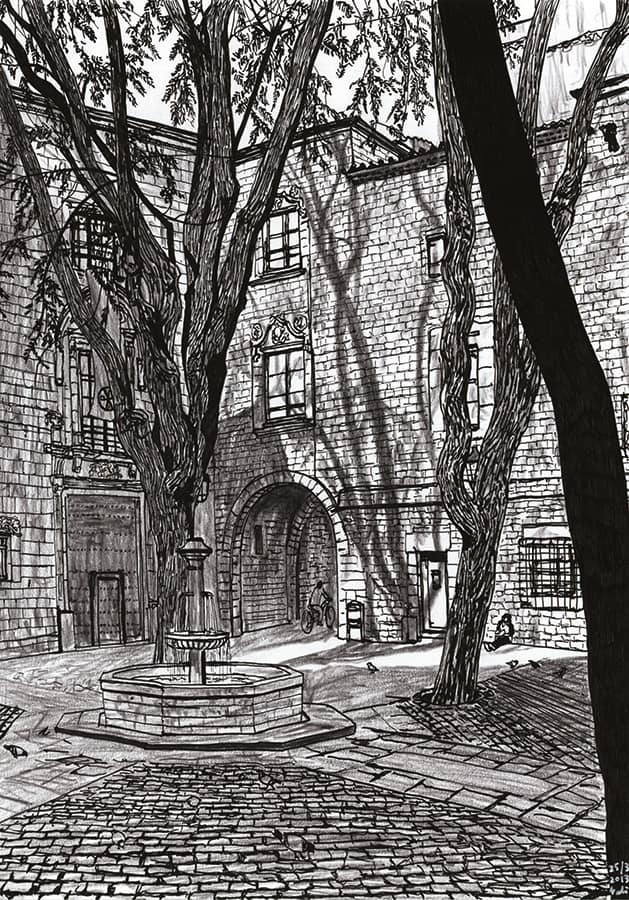 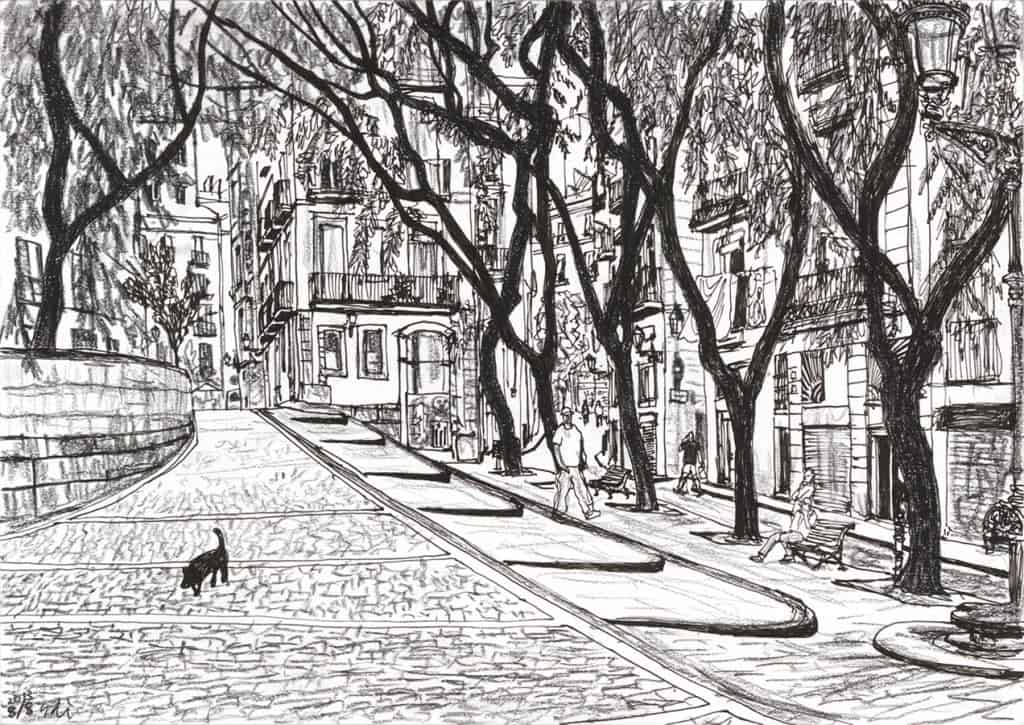 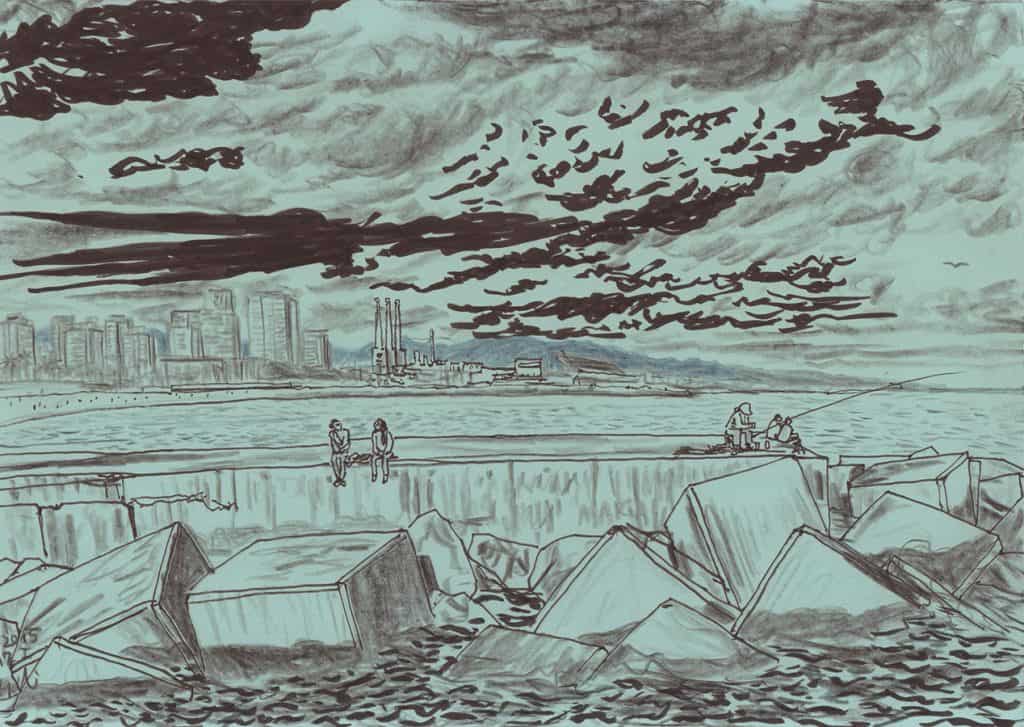 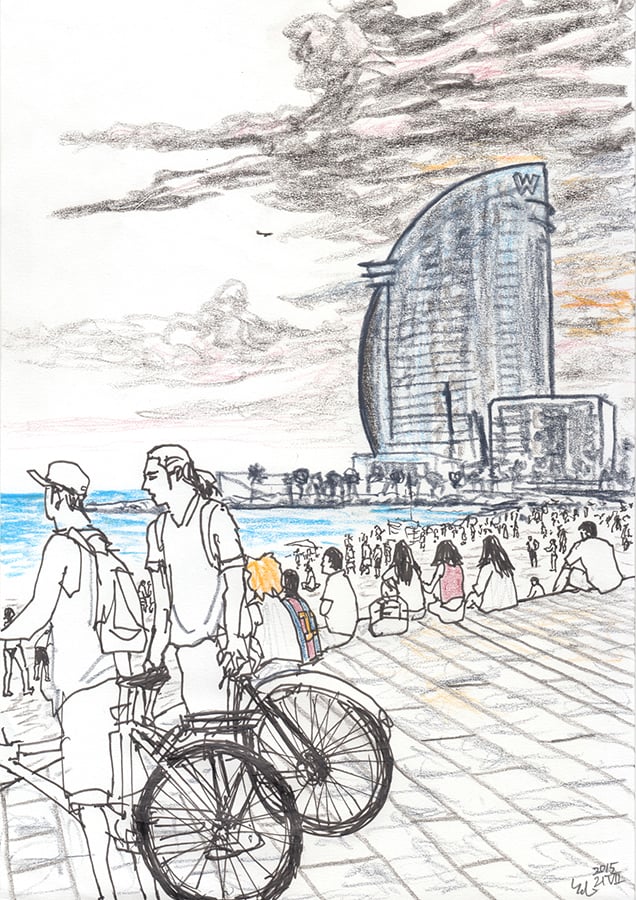 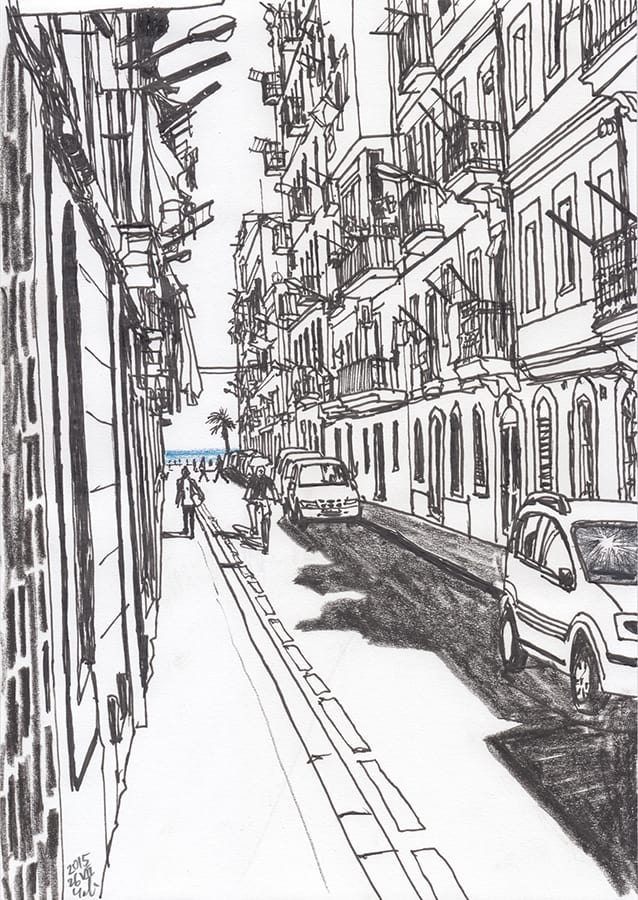 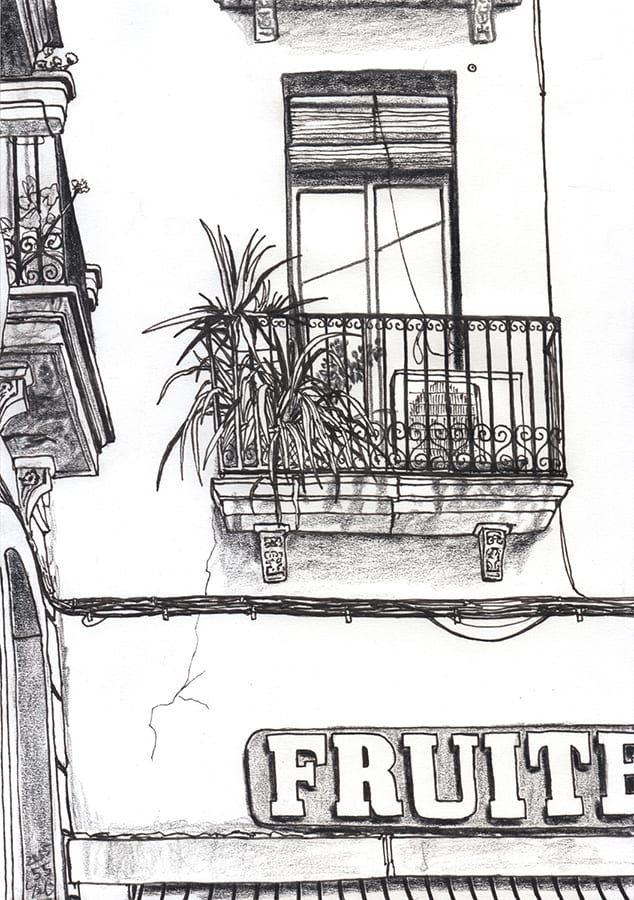 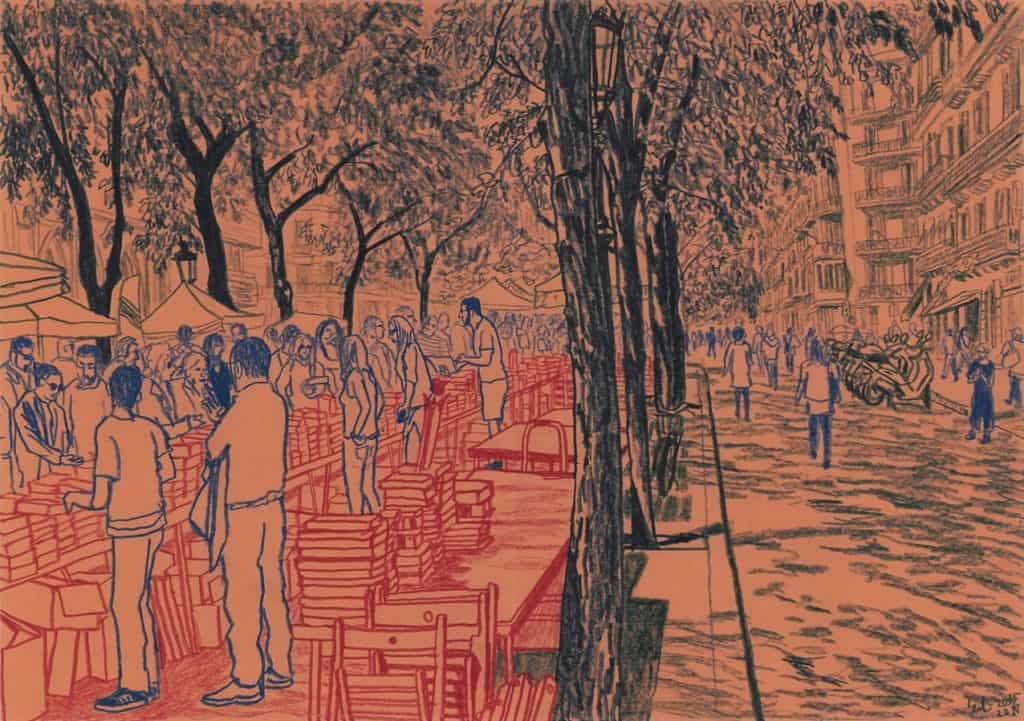 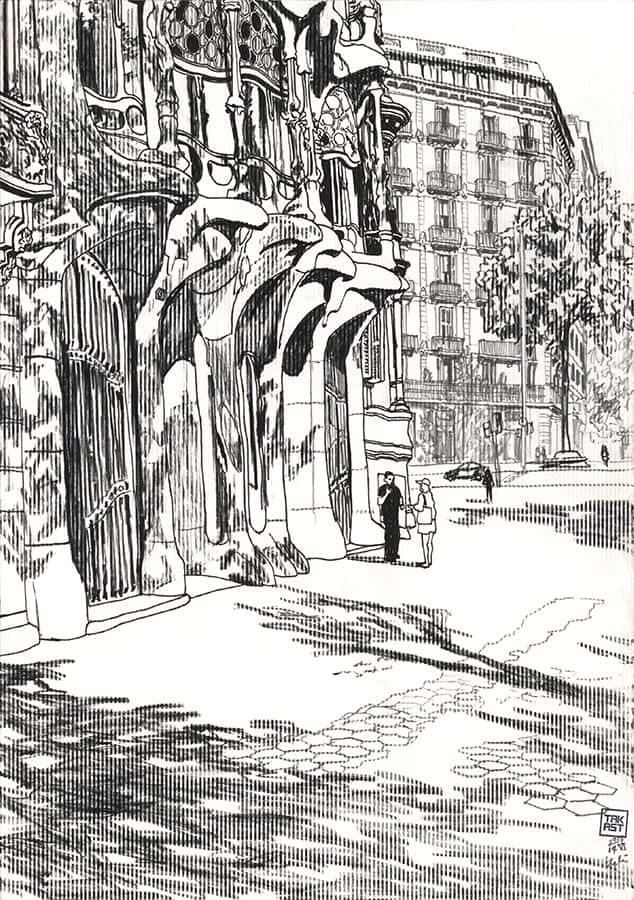 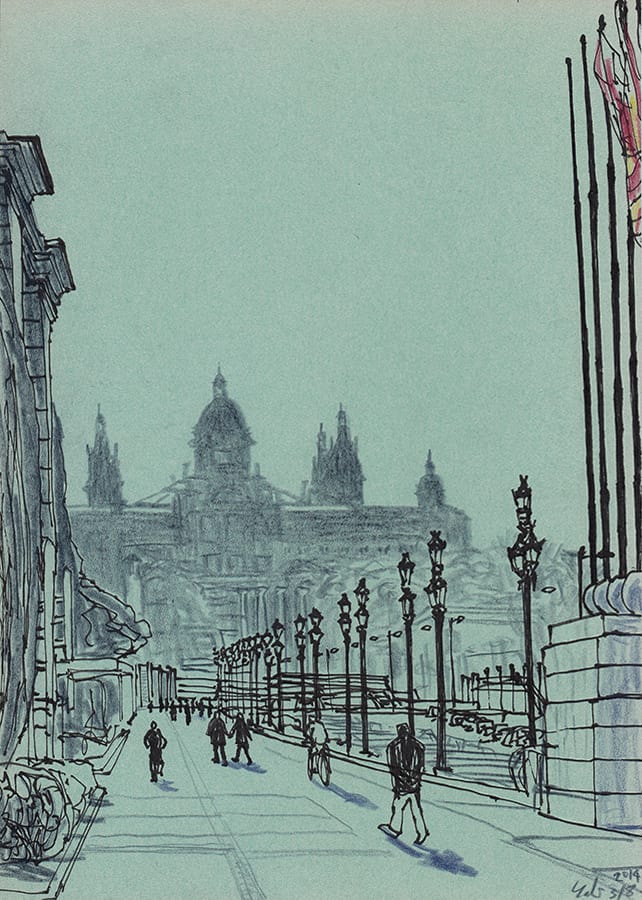