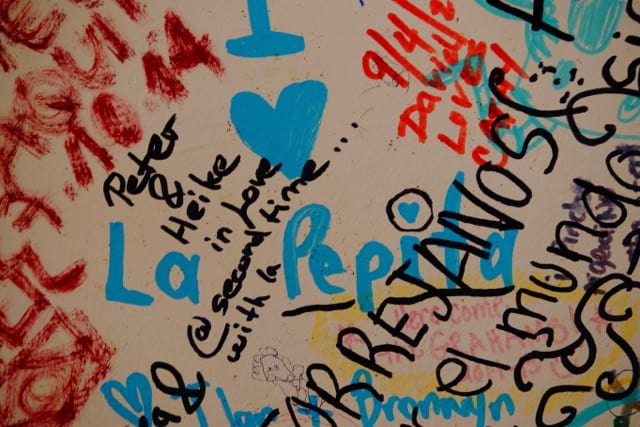 La Pepita opened in 2010 in the lower part of the Gràcia neighborhood, led by Sergio Andreu and Sofía Boixet. The pair had recently returned from Paris, where Sergio had worked for a gourmet Spanish restaurant called Fogón. The name La Pepita is derived from the pepito, a traditional Spanish steak sandwich. Their versions, called pepitas are lighter and come with a variety of fillings. Try the Pepita Napolitana with mozzarella and sun dried tomatoes or the salmon Pepita. Another specialty of the restaurant are trifásicos, consisting of two tapas and one canned-tapa. Creative tapas dishes such as the pumpkin salmorejo with Iberian ham or the sardines coca are among local favorites. The wall tiles are adorned with messages from visitors, adding to the youthful charm of the venue.