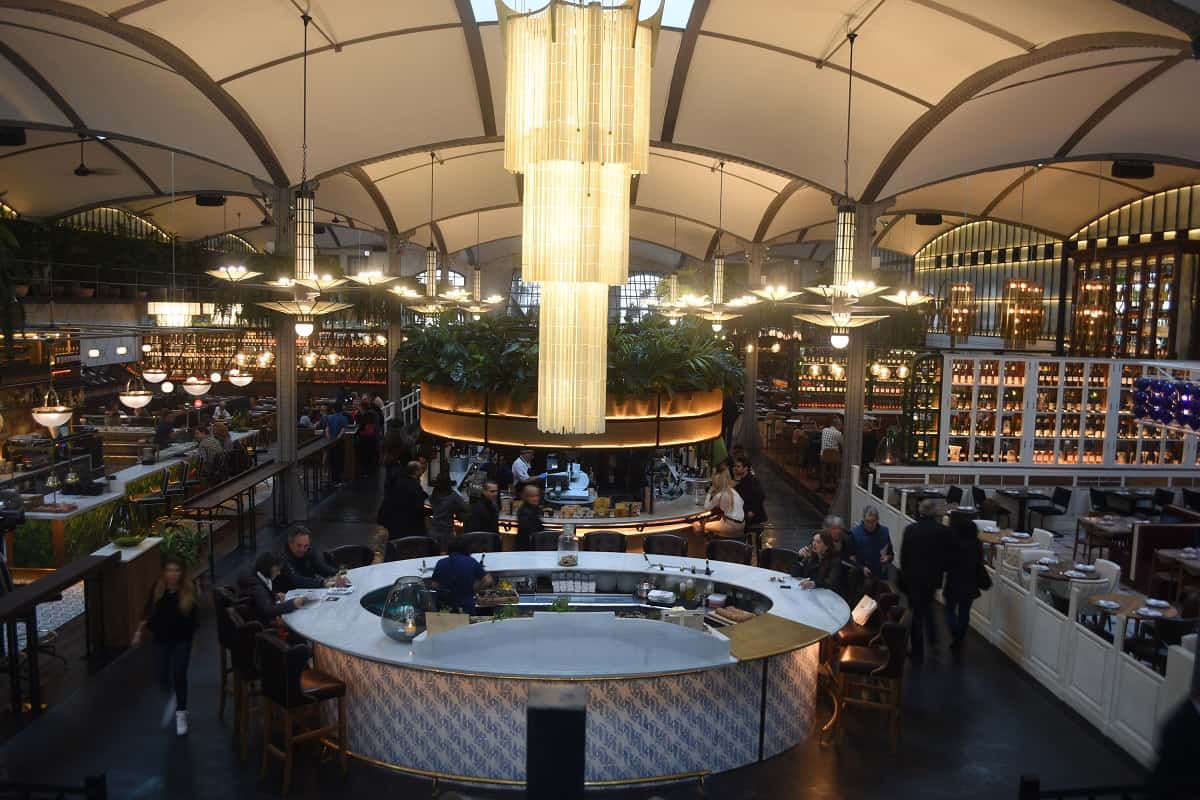 El Nacional, opened in September of 2014, is a ‘restaurant of restuarants’, located at the end of a private passage between Paseo de Gracia and Pau Claris. The multi-zone establishment of 2,600 square meters contains 4 restaurants and 4 bars offering a wide variety of fresh produce and cuisine of the Iberian peninsula.

La Braseria is focused on grilled and a la plancha meats, La Llotja specializes on fish, La Taperia covers tapas and rice dishes and La Paradeta offers fresh seafood.  El Nacional has a total of 85 chefs working in four kitchens. It seats a total of 770 customers and is open from 12 noon until three in the morning every day of the year.

The idea originally came from restaurateur Lluís Cañadell of Boca Grande. Cañadell had for a long time imagined the idea of ​​opening a space in Barcelona similar to the Mercado de San Miguel in Madrid.

The concept became a reality with the backing of SB Grup, who were keen to undertake a restoration project. The unique architectural and culinary project cost a total of six million euros.

The interior design of El Nacional was done by the Barcelona based studio of Lázaro Rosa Violán. The space has an interior that recreates the elegance of Barcelona of the late nineteen thirties and forties.

Beautiful interior design features include ceramic wall art and mosaics made in Valencia and glass lamps from Galica. Wood, ceramic, glass, wicker, granite, marble and iron are themes throughout the venue.

The ceiling, consisting of 15 lowered vaults, known as volta catalana, maintains the 19th-century industrial character of the space.

The building dates back to 1870 when it was constructed as a textile factory. Since then it has been used as a modernist café-theatre, a car dealership and a place to collect food after the Civil War.