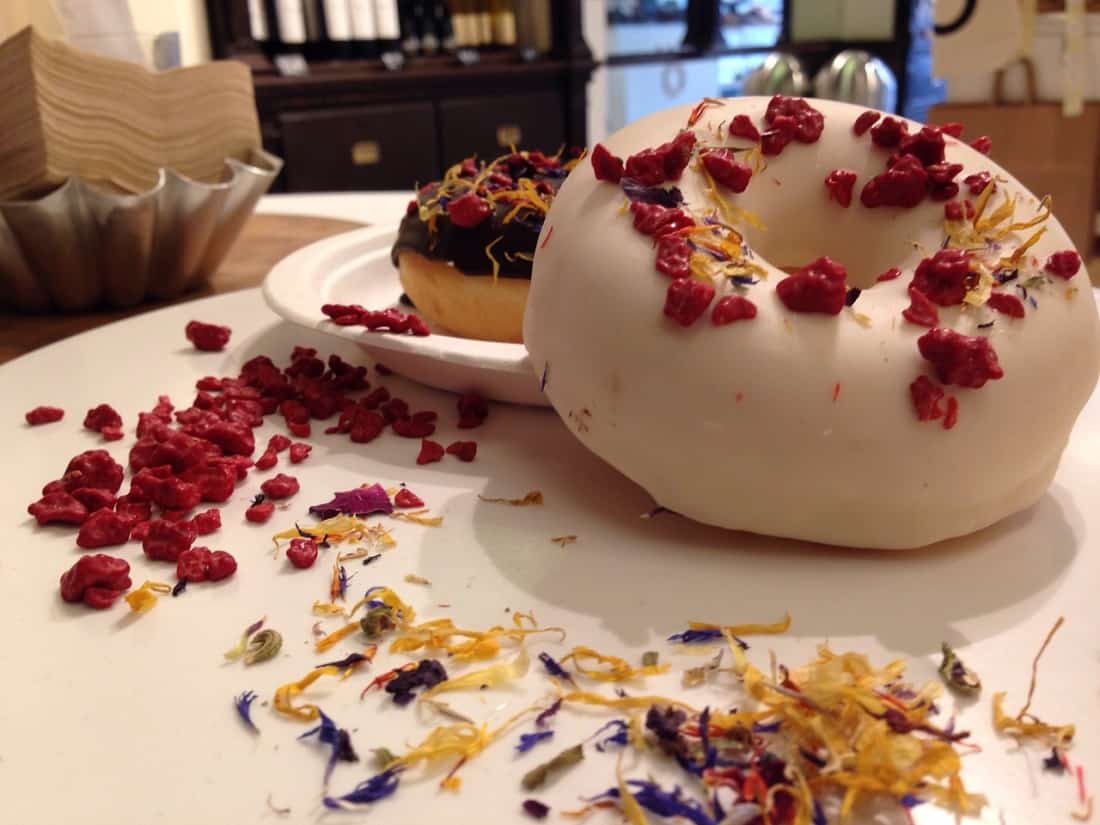 Chök, The Chocolate Kitchen opened in Barcelona in 2013, dedicated to spreading chocolate in the world of gastronomy.

Initially, the project was conceived as a home kitchen using chocolate as the main ingredient. However, luck allowed Chök to find a special establishment at Calle del Carmen #3 in Barcelona, a location which had been a chocolate factory in the nineteenth century.

Products include chökanias, crisps with chocolate, macarons, cupcakes, bonbons, churros, gourmet apples, chocolates and other delights that test the limits of chocolate.

The flagship product is the Chök, a gourmet donut made using a special recipe with less sugar, less fat and frying time. Chöks are healthier than average donuts, super light and very tasty. There are over 30 different types of Chöks produced daily with natural, fresh and high quality ingredients.

Chök includes both sweet and savory temptations such as the chocolate covered crisps and anchovies above.

The brightly lit space is characterized by a magnificent modernist wooden ceiling and original cabinets.

Salami Chök (derived from the Italian and Portuguese dessert) among other chocolate delicacies.

Chök also offers workshops for between 2 and 5 people in their kitchen, focused on experimental culinary creations using chocolate.