This hike covers part of the Camí Romeu to Montserrat on the GR 96 trail through Collserola.

To get to Vallvidrera, take the S1/S2 commuter train at Plaça de Catalunya to Peu de Funicular station. 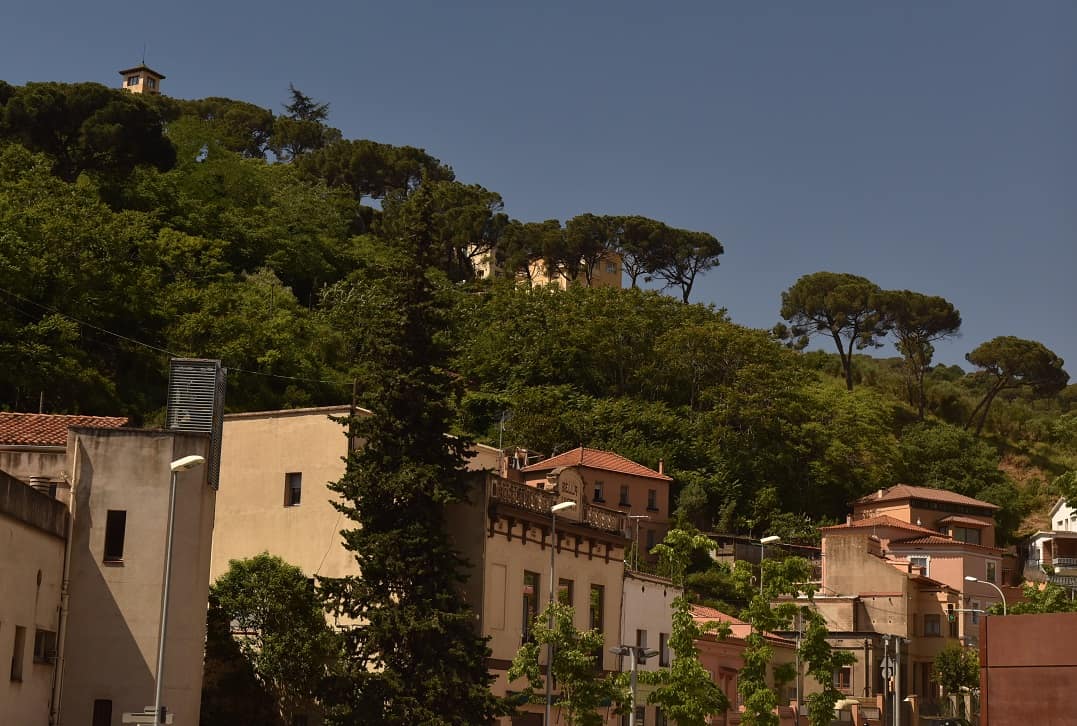 From there take the funicular to Vallvidrera Superior station. 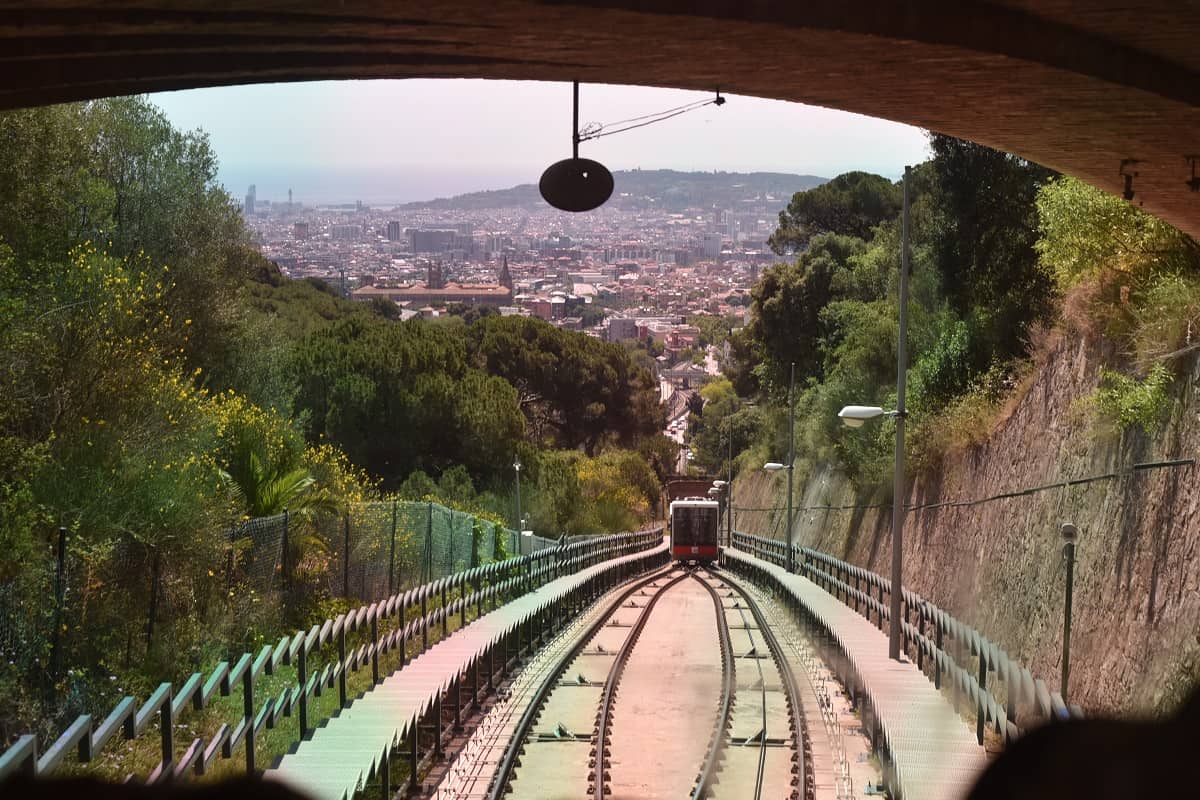 The funicular is connected to Peu de Funicular station and the ride is included in the €2.15 ticket from Catalunya. 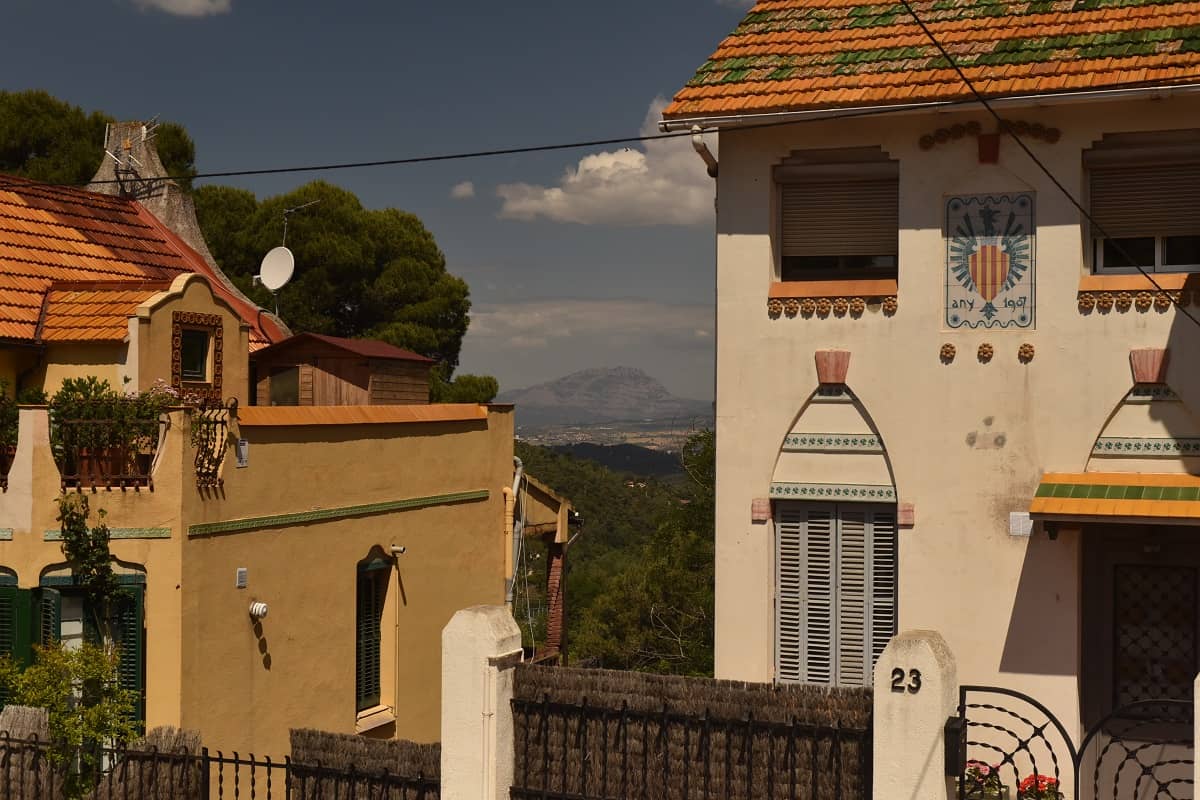 Just outside the Vallvidrera Superior station there are some pretty modernist houses with views of Montserrat to the rear. 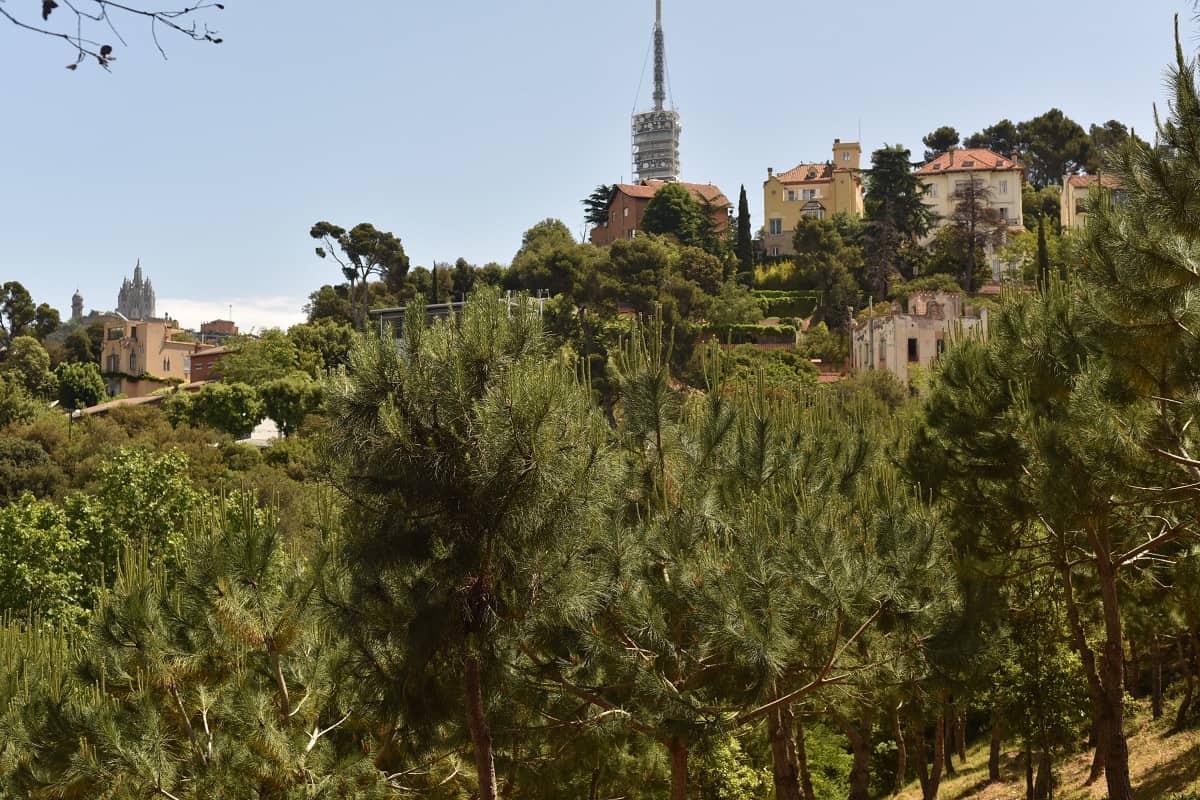 To get to the trail going into Collserola, walk to Plaça de Vallvidrera and turn on Carrer de l’Alcalde Miralles. From there walk past the market and keep going past the library and Escola Nabí. Just after that the trail begins. 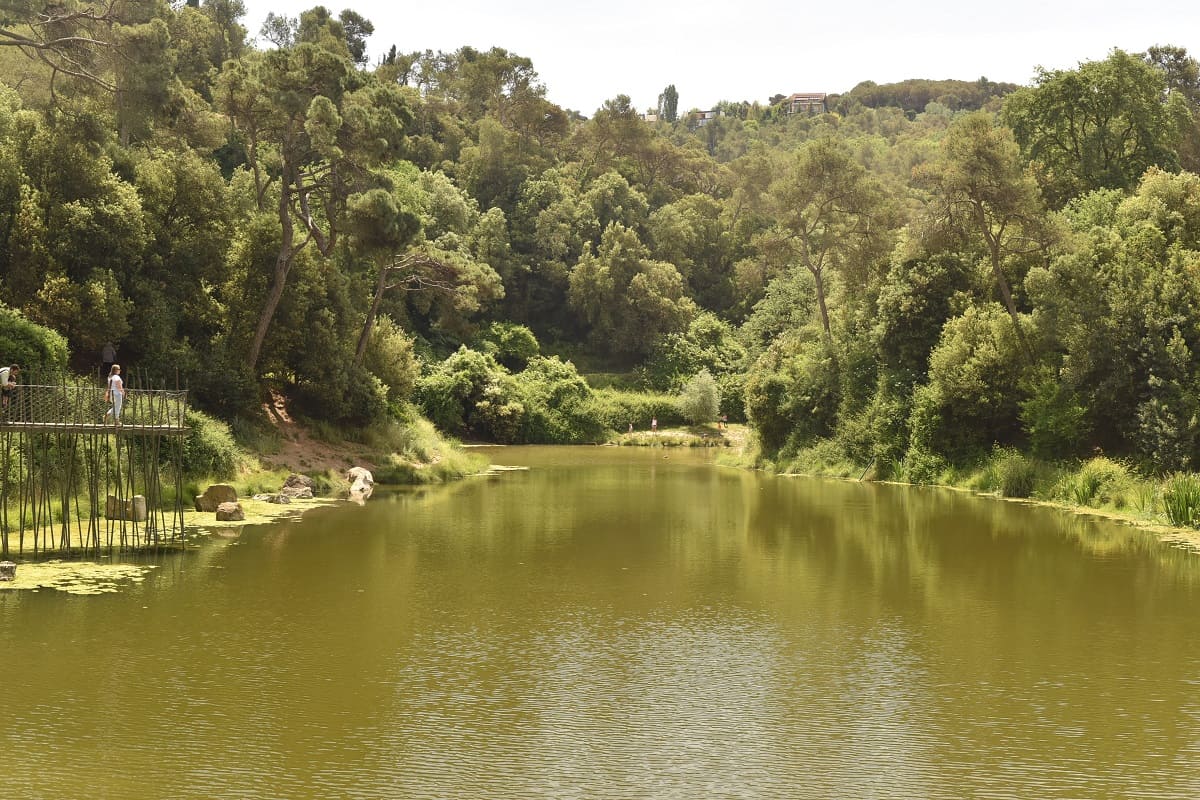 After a short walk you will reach the Vallvidrera reservoir. The reservoir provided the old town of Sarrià with drinking water until the end of the 19th century. 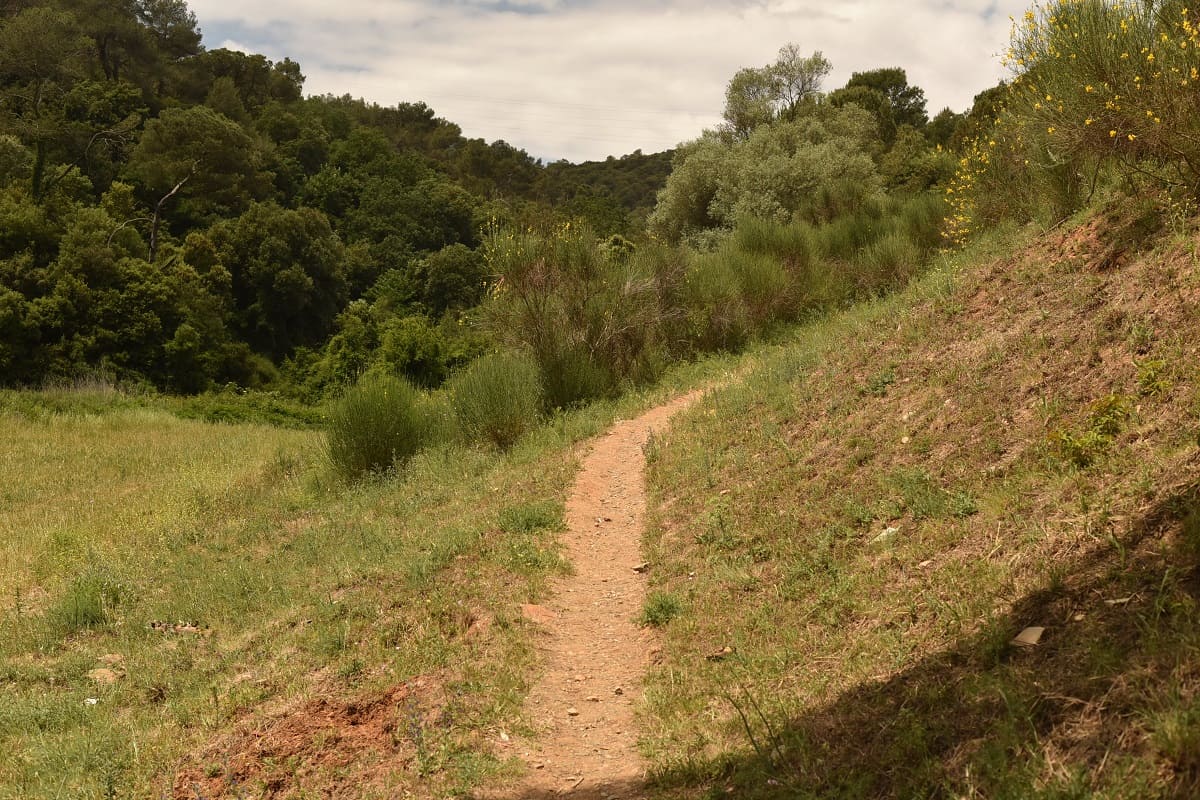 At the far end of the reservoir you can enter the GR 96 trail. 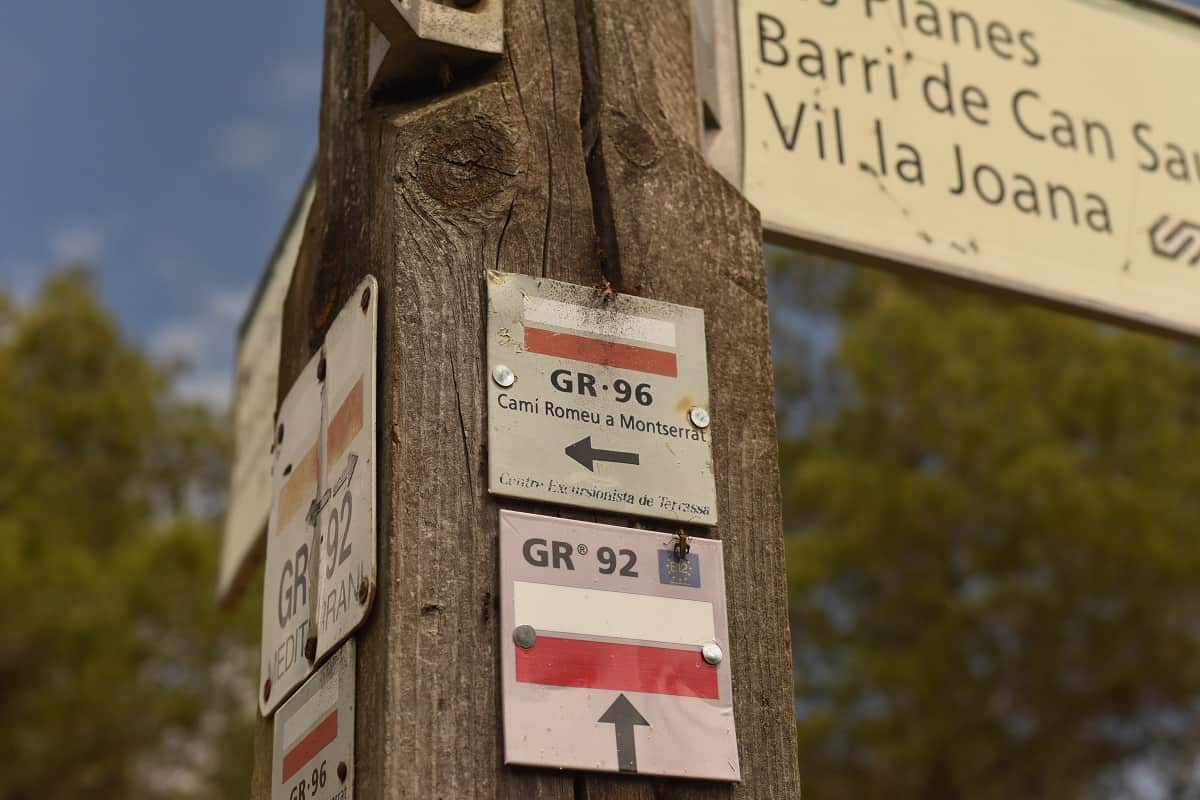 The GR 96 trail is marked with red and white at intersections.

Views of Montserrat along the way. 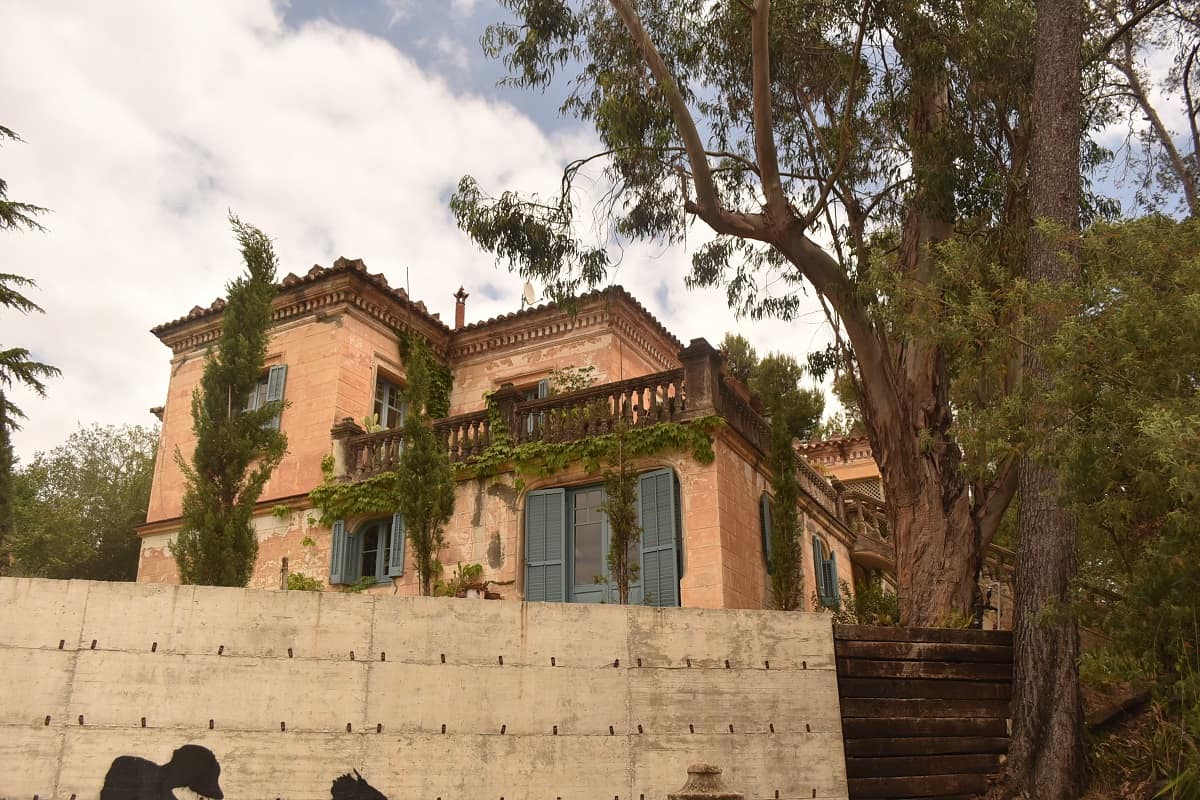 A house in La Floresta on the way to the train station.

The Plaça Miquel Ros, next to the La Floresta station, is a good place to have a drink and something to eat before heading back to Plaça de Catalunya on the train. The train ticket back is €3.