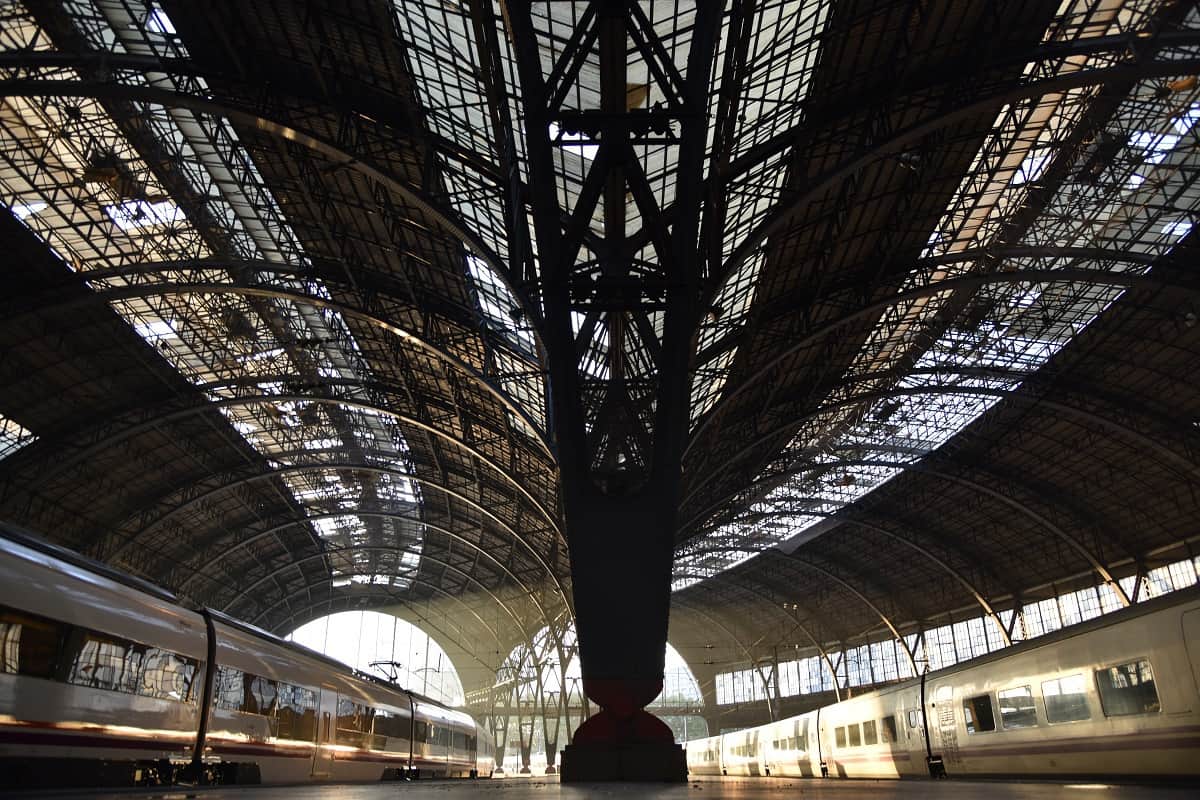 With its dazzling architecture and alluring beaches, Barcelona is one of the most popular destinations in Europe for international tourism. The number of overnight tourists in Barcelona reached over nine million in 2019.

The same year, Barcelona airport set a new record at 52.6m passengers, with 344,000 flights departing or landing. A wide range of options are available to get from the airport to the city center; including train, taxi, metro and buses.

The RENFE train takes you from El Prat airport (Aeropuerto stop) to the city center of Barcelona. Travel time is approximately 25 minutes. The train stops Barcelona Sants, Passeig de Gràcia or Clot, which are also metro stations. The T-Casual ticket can be used on the RENFE train to and from Barcelona El Prat airport. If your plane arrives to Terminal 1, there is a shuttle bus that can take you to the train station.

Where does the train arrive: Barcelona Sants, Passeig de Gràcia or Clot stations
How long does it take: About 25 minutes
How much does it cost: €4

Barcelona has 10,000 yellow and black taxis and there are ranks outside both Terminal 1 (T1) and Terminal 2 (T2) at Barcelona airport. A supplemental fee of €4.20 is applied to taxi rides to and from El Prat airport. Barcelona taxi drivers typically do not expect to be tipped. A gratuity of 5% of the total fare is considered generous.

TMB bus number 46 operates during the day from both terminal 1 and 2 of El Prat airport and goes to Plaça d’Espanya, in the city center. This bus takes much longer than Aerobús as it has many stops, however you can use the T-Casual ticket. Operating hours are between 04:50 and 23:50.

Where does the bus arrive: Plaça d’Espanya
How long does it take: About 1 hour
How much does it cost: €2.40

Metro line L9 Sud (South) takes you from terminals 1 and 2 of Barcelona El Prat airport to Barcelona in 30 minutes. Trains leave every 7 minutes. You can transfer to other metro lines from Can Tries, Gornal (L10 Sud), Torrassa (L1 and L10 Sud), Collblanc (L5 and L10 Sud) and Zona Universitària (L3). From Zona Universitària you can change lines and take the train directly to the center of the city.

What is the airport code for Barcelona Spain?

The airport code for Barcelona El Prat International is BCN.

Is Uber available in Barcelona?

Currently, Uber is not available in Barcelona in the same way that it is in the US. However, you can order metered taxis via the Uber app.

What is the distance from Barcelona city center to El Prat airport?

How long does it take to get to Barcelona airport from the city center?

It normally takes anywhere between 20 minutes to an hour depending on what form of transportation you use.

How many airports does Barcelona have?

Barcelona has only one, which is called Josep Tarradellas Barcelona-El Prat Airport. The nearest airports outside Barcelona are those of Girona and Reus.