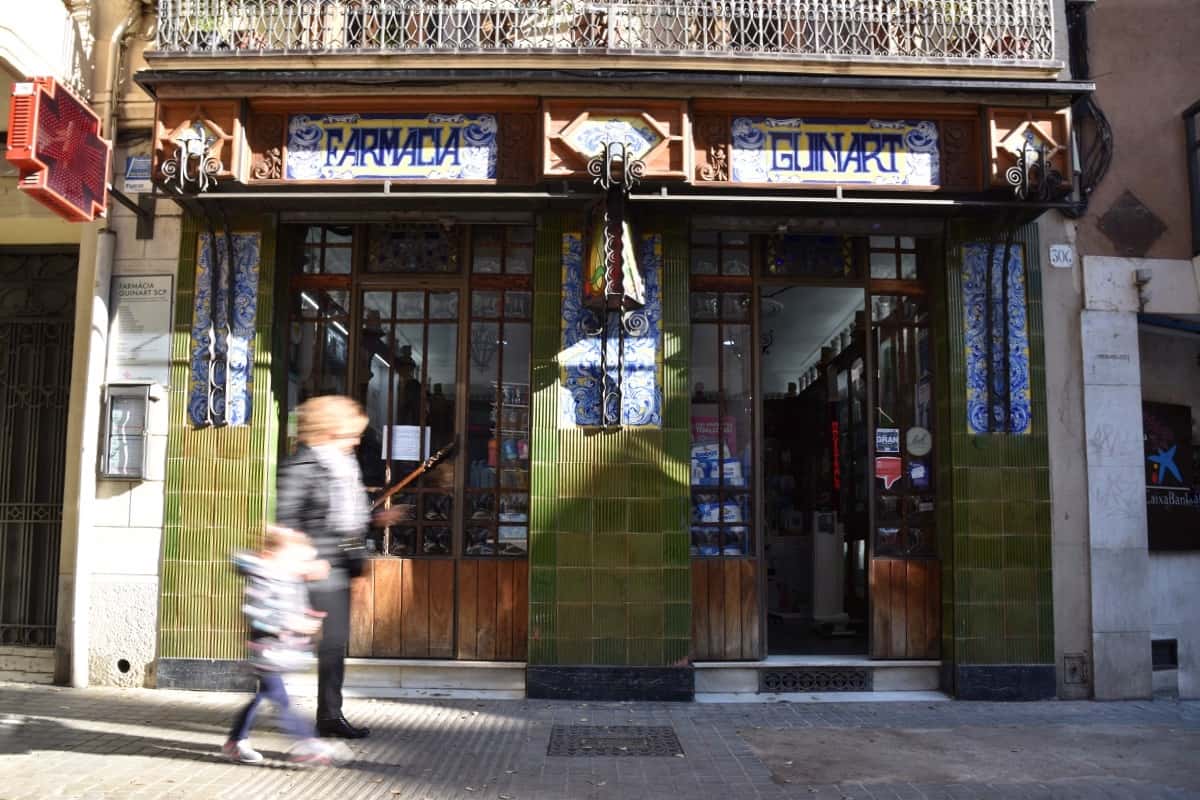 The little barrio of Sant Andreu to the northeast of the centre of Barcelona is a neighbourhood that many might not have even heard of, let alone visited. Once an independent village of its own, Sant Andreu annexed to Barcelona in 1897 and become one of its nine main districts. The neighbourhood is set around the main Plaça d’Orfila with its grand domed neo-Gothic church. Here you’ll find a mix of architectural styles, including several ornate Modernista buildings and it’s one of the few barrios where you can find houses, instead of just apartment buildings. Here’s our guide to the Sant Andreu and several compelling reasons why you should visit.

Where to eat and drink in Sant Andreu?

Forget Carrer de Petritxol, if you’re in the know, then the very best churros in the city are to be found in Sant Andreu. Simply named Xurreria Sant Andreu, this bright café serves freshly fried hot churros finos (thin and crunchy) and porras (fat and spongy), as well as a range of sandwiches and other breakfast bites. It’s always full, particularly on chilly weekend mornings and is the type of place where avi (grandpa) and iaia (grandma) take their grandkids for plates of whipped cream to be eaten with a spoon.

Sant Andreu’s best glass of beer can be found at the tiny Casa Arana, where they make their own craft cerveza in tostada (toasted) or rubia (pale) varieties. It comes in a tall glass, topped with plenty of foam looking more like an ice cream sundae than a beer, and to top it all off, it comes with a free tapa too.

Versalles takes the award for most elegant building in Sant Andreu and its interior is one of the most picturesque restaurants too. The oldest restaurant in the neighbourhood, founded in 1915, it’s housed in a stunning green modernista building replete with undulating balconies, shimmering mosaics and floral motifs. Inside it’s just as spectacular with a huge carved wooden bar in the centre, surrounded by graceful golden statues, coloured lamps and chandeliers. They offer everything from tapas and menus del dia to excellent croissants for breakfast.

This rustic little tapas bar may look like it’s been here for years, but in fact it’s one of the barrio’s newest places to dine and has already proved so popular, that it’s advisable to book a table in advance. All the ingredients are sourced locally in Sant Andreu and their offerings include everything you’d expect from a tapas bar, but with a twist. For example, croquetas come in unusual flavours such as aubergine and parmesan or escalivada and goat’s cheese, chicken wings come with Japanese-style sauce, and hummus with smoked sardines. There are lots of great options for vegetarians too.

This cute little restaurant is hidden down the back streets of Sant Andreu, so you’re unlikely to come across it, unless you know it’s there. The staff are incredibly friendly and they offer a wide range of dishes, which change with the seasons. There are Catalan classics with a modern twist such as pork cheek with lentil hummus and fig chutney, or vegetarian offerings like pear salad with walnuts and gorgonzola or candied carrots with yellow curry sauce. They also do international dishes like tempura and tasty Chinese bao buns.

This friendly family-run business is one of Sant Andreu’s favourite cafes and it’s not hard to see why. Delicious cookies, muffins, cakes and slices line the counter top and they also do a great range of speciality teas and coffees.

Go for a light lunch of focaccias, salads and soups, paired with a freshly-squeezed juice or for an afternoon slice of cake. There’s also cute little garden out the back with lots of plants, quirky signs, candles and cacti grown in old coffee pots.

Barcelona is filled with great coffee spots and Sant Andreu is no exception. This place has been roasting its own beans for more than 100 years and sells many different types of coffees from all over the world. It became so successful in fact that they opened another branch just off Plaça Sant Jaume in the centre. It’s also a cosy little spot to come and hide out in or simply enjoy a cup of coffee and a slice of cake.

What to see in Sant Andreu?

Sant Andreu might not win any awards for its tourist attractions – that’s because there aren’t many compared to other areas of the city, but if you’re interested in the different and the quirky, and perhaps something you’ve not seen in Barcelona before, then it certainly has a few gems.

Let’s begin with Gaudí, because let’s face it, everything does in Barcelona. Yes, Gaudí even managed to put his mark on little Sant Andreu. While he didn’t design a building here, he did design the mosaic found on the floor of Sant Pacià church. Note, this isn’t the main Sant Andreu church located opposite Plaça Orfila (also worth a look), but the smaller one located on Carrer Monges.

Sant Andreu’s old thread and textile factory was once one of the city’s most important factories in the 19th century. Today it’s been transformed into a huge modern arts centre, complete with a three-floor art gallery. Changing exhibitions, workshops and events spaces complete the look.

This secret little spot isn’t even known by most of the residents of Sant Andreu, let alone visitors. Hidden down a small residential street that you wouldn’t even pass unless you lived there, you will find Catalonia in Miniature. It’s not even an official site, it’s literally an attraction that someone made in their back garden (but you will find it marked on Google Maps), but having said that, it’s quite a sight to behold. Created from little ceramic tiles and mosaics, Catalunya en Petit features everything from Parc Güell and Montserrat to the Sagrada Família and Casa Batlló.

Sant Andreu’s main neighbourhood park, lies away from the centre of the barrio, towards La Sagrera. It’s big and leafy with a big pond which wraps its way around the park and is filled with water features. There may not be any grass to picnic on, but there are a couple of great attractions for kids including a small driving area, complete with mini road signs and traffic lights, as well as an amazing adventure playground.

Where to shop in Sant Andreu?

Sant Andreu prides itself on its small independent shops, most of which line Carrer Gran de Sant Andreu, which goes all the way from near the Sant Andreu metro stop towards Fabra i Puig – the neighbourhood’s very own rambla.

A great store for kids, this shop prides itself on being the home of Ratoncito Pérez – Spain’s answer to the Tooth Fairy and even has a little house for him just outside the door. It sells everything from adorable kids’ clothes, to handmade wooden toys, cute and quirky kids accessories and games.

With its name on the door decked in theatre lights, you just know this place is going to be funky. Many of its products hail from the Far East, from Buddha heads, Tibetan prayer flags and singing bowls to exotic paintings and wooden carvings.

The Maquinista may not be independent or locally-owned, but it is Barcelona’s best shopping mall. Forget Maremagnum and even Las Arenas, La Maquinista is where it’s at. An al fresco mall dotted with palm trees and fountains, it’s home to all the most popular high street stores, as well as a large Carrefour and a big Leeroy Merlin for all DIY needs. The top level features an array of international restaurants and bars and there’s also a cinema.