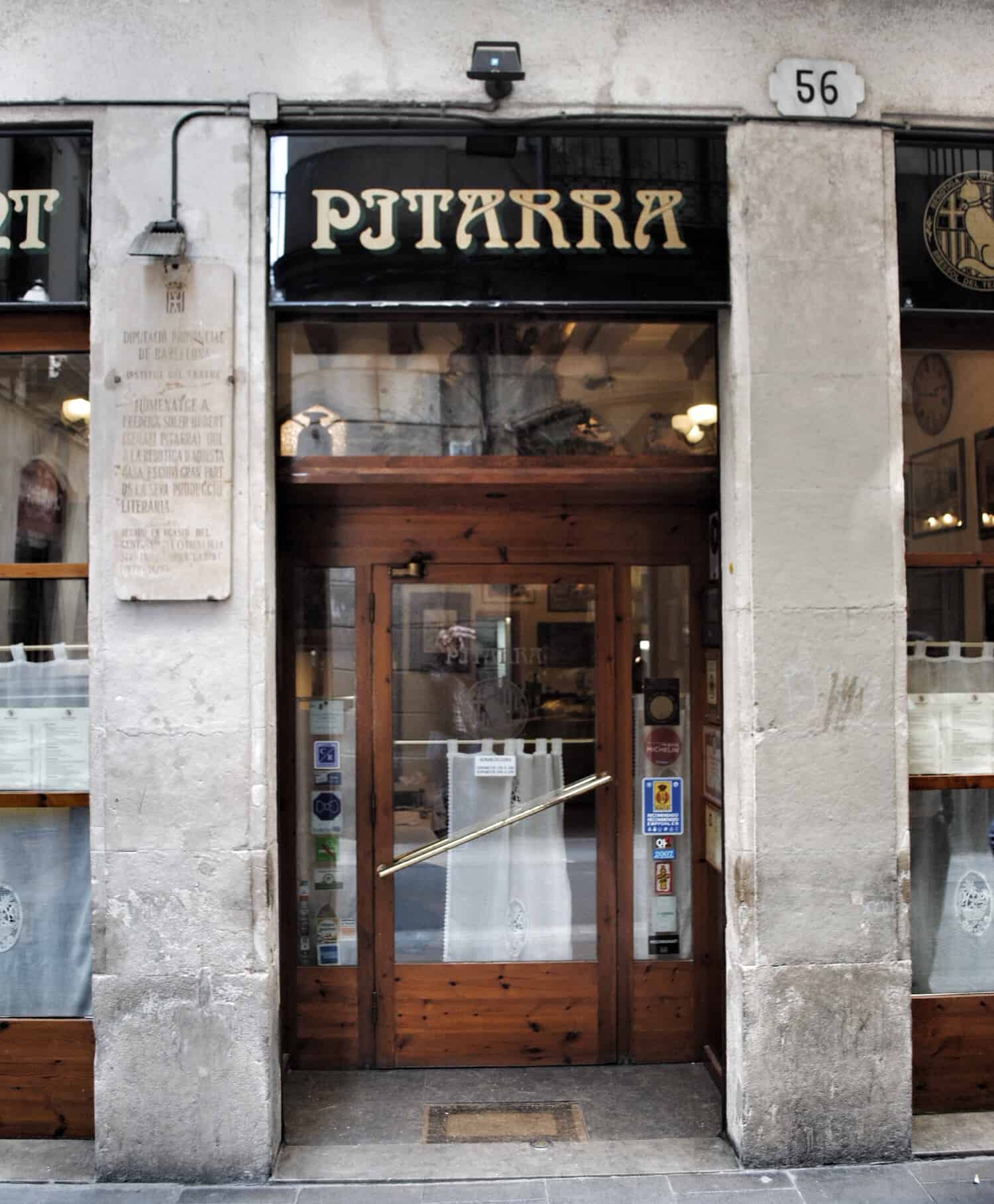 Pitarra Restaurant is named after the 19th century Catalan playwright and poet Frederic Soler i Hubert, who was also known as Pitarra. The restaurant was founded in 1890 and is in the house where Pitarra himself lived, situated in the heart of the Gothic Quarter.