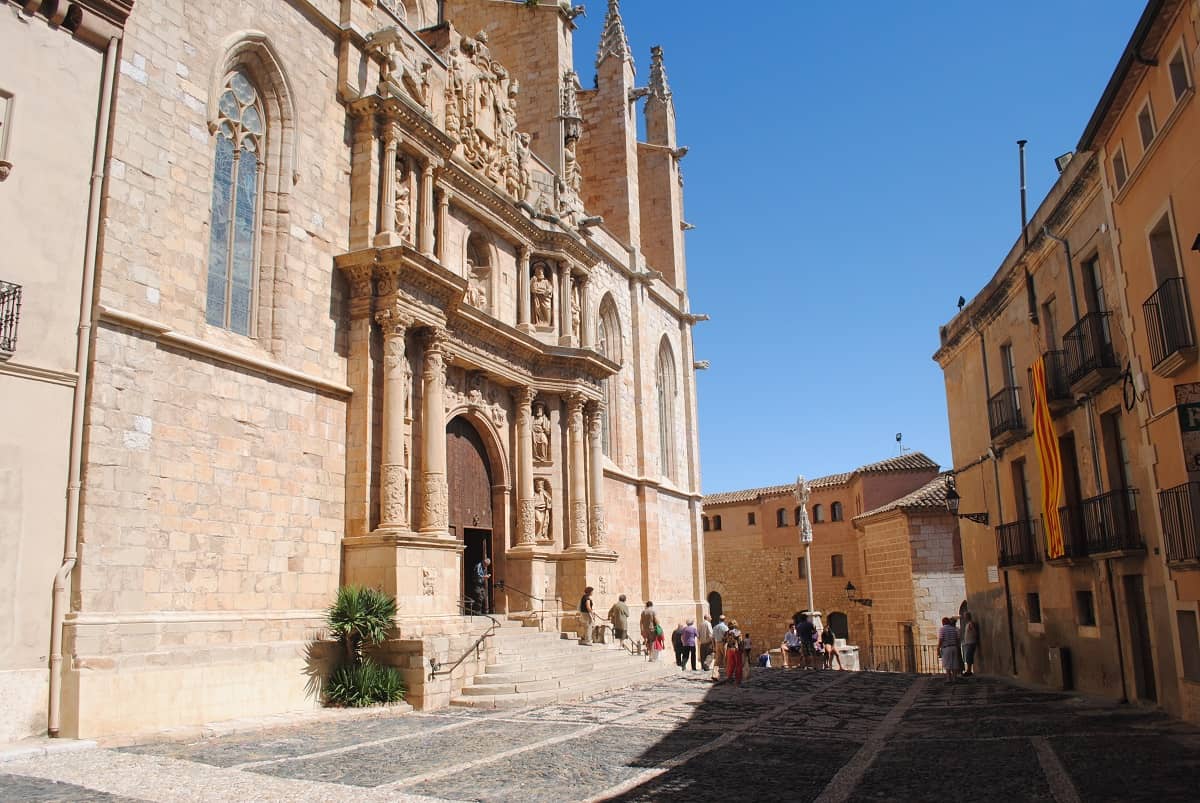 Less than two hours drive from Barcelona, Montblanc is the capital of the Catalan comarca Conca de Barberà, in the province of Tarragona. The 14th century Gothic church of Santa Maria is pictured above.

Nearby attractions include Poblet Monastery and Siurana Village. 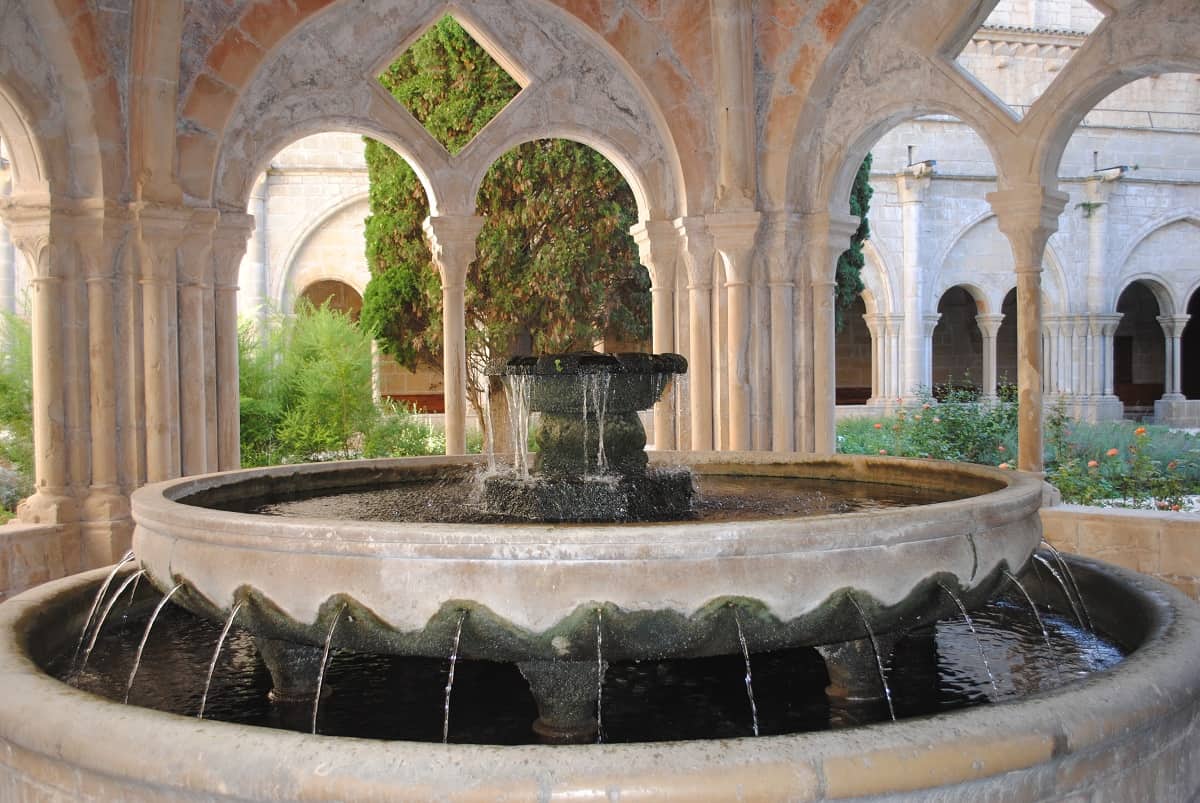 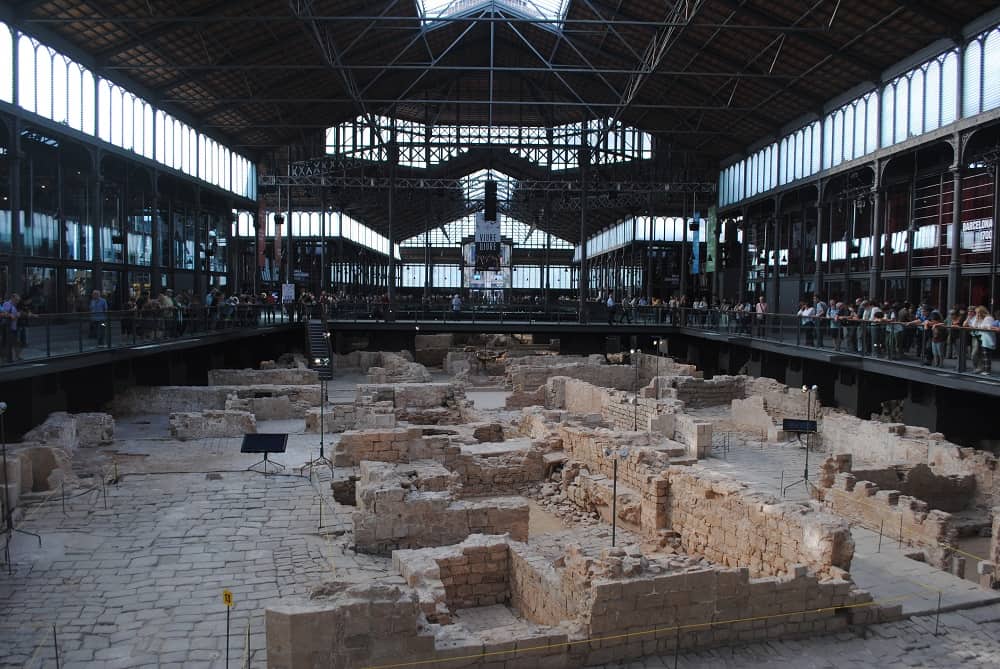 After twelve years of renovation and an investment of €84 million, the Mercat del Born has reopened to house the Born Cultural Center.

View of Platja de Sant Sebastià from the terrace of Blue Spot. 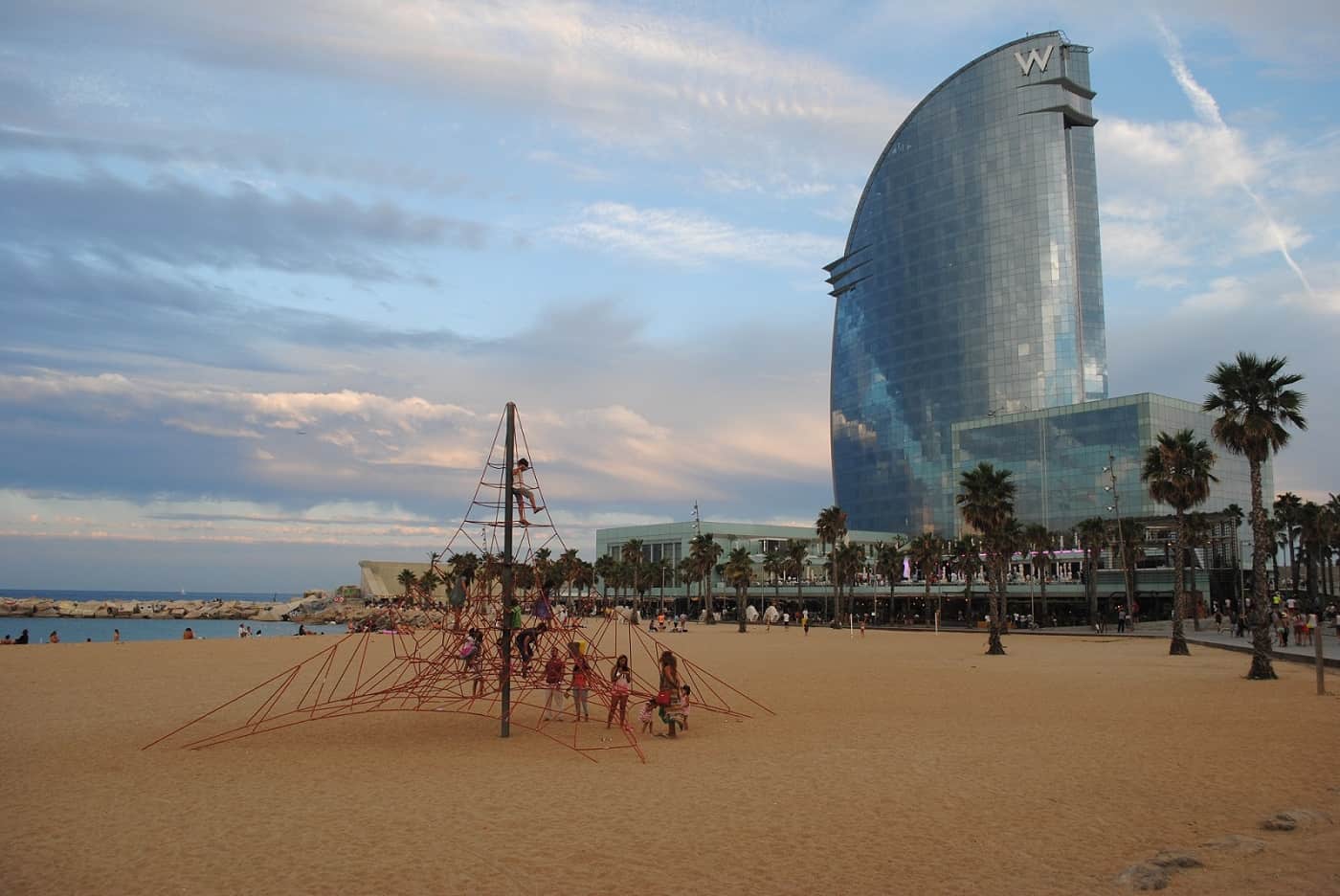 The Palau de la Música Catalana was designed in the Catalan modernista style by the architect Lluís Domènech i Montaner. 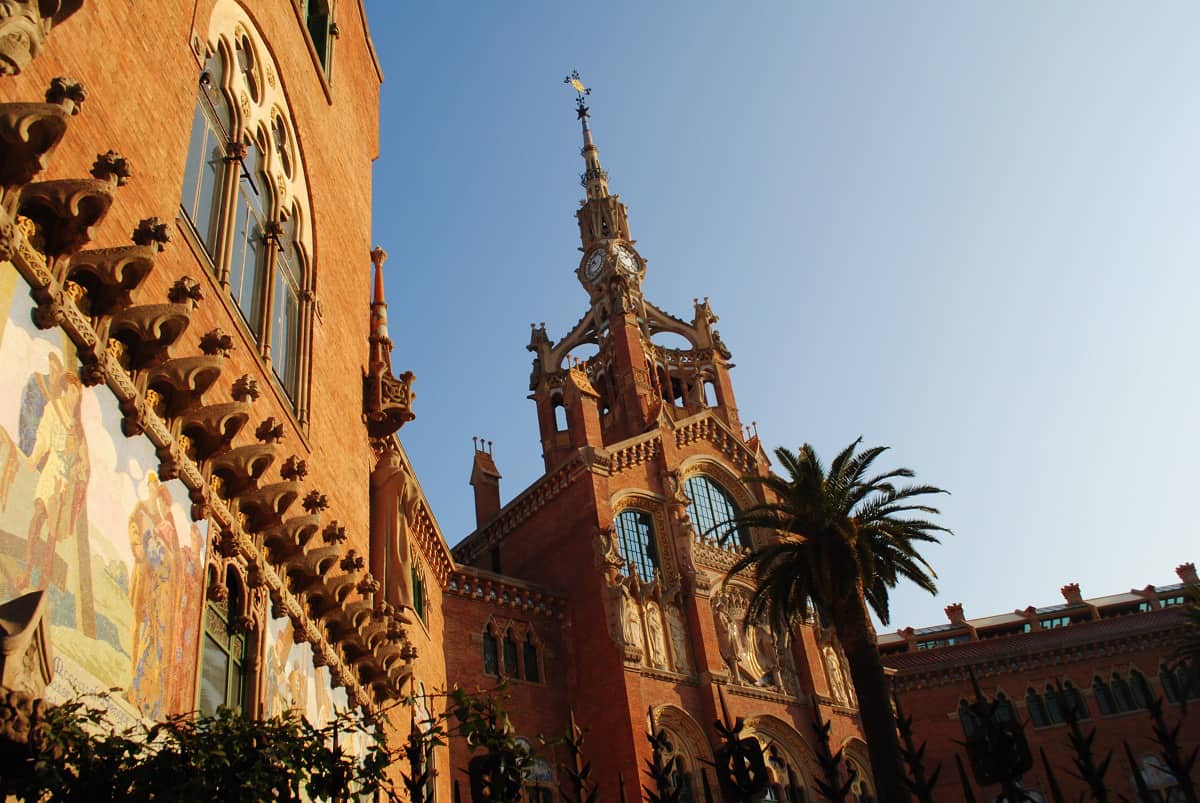 The Hospital Sant Pau by the Modernist architect Domènech i Montaner. Sant Pau is located in the Eixample neighborhood a short walk from La Sagrada Familia. The hospital took 30 years to build, from 1901 to 1930. Montaner’s work also inlcudes the Palau de la Música Catalana and Hotel Casa Fuster.