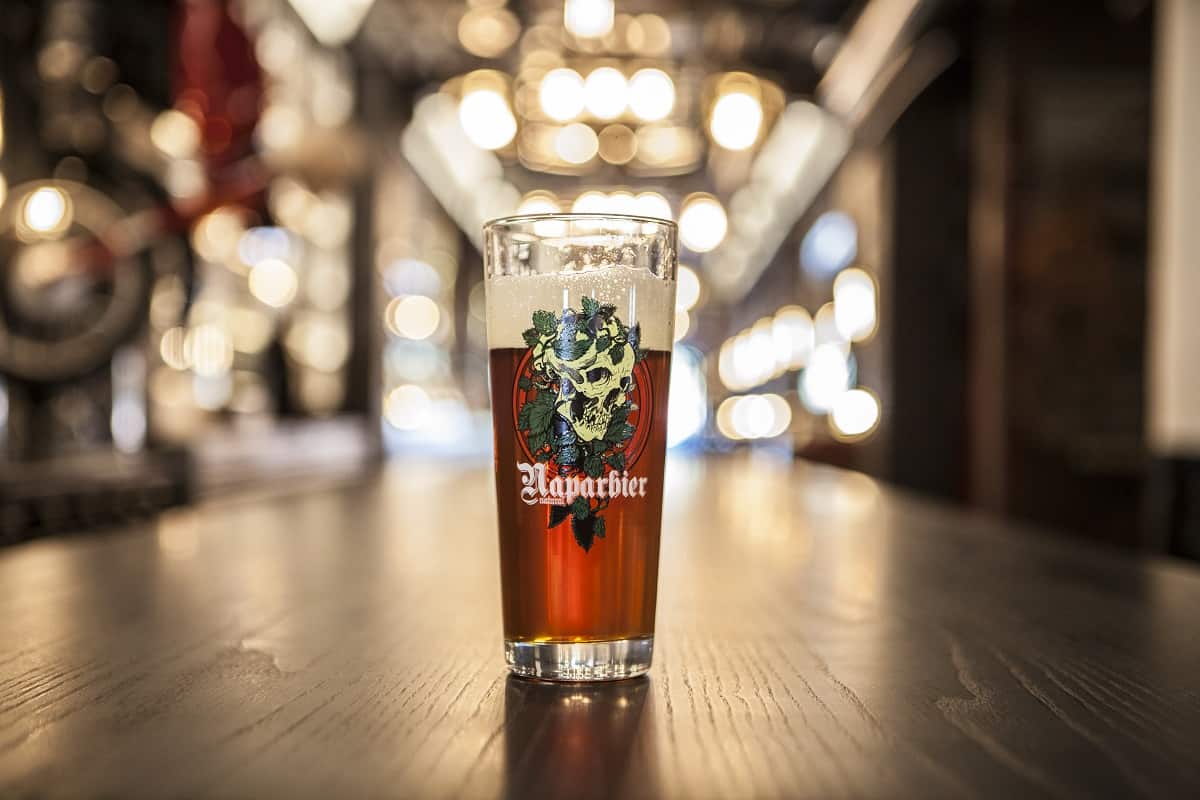 NaparBCN opened in February 2016 in the Eixample neighborhood. Led by Enric Hidalgo, the concept behind the restaurant is to combine quality craft beer with seasonal contemporary cuisine.

The kitchen is run by chef Miguel Aldana, who was awarded with a Michelin star for his restaurant Tresmacarrons, located in El Masnou.

Lázaro Rosa-Violán designed the interior of the 500 square meter space. Exposed brick and steel tanks create an industrial feel, which is combined with traditional decor. His other works in Barcelona include the H10 Cubik Hotel and Artte.

NaparBCN has its own brewery within the restaurant with its shiny tanks on display. The seven fermentation tanks are directly connected to tanks served in the bar. The brewery is managed by Beinat Gutierrez, who joined NaparBCN after working at the Naparbier factory in Pamplona.

Popular menu items include the Steak Tartar NaparBCN, the Arroz Cremoso de Gambas and the Mejillones a la ‘Gueuze’. Dishes are designed to pair with the fine ales such as the Naparbier Napar Pale Ale.