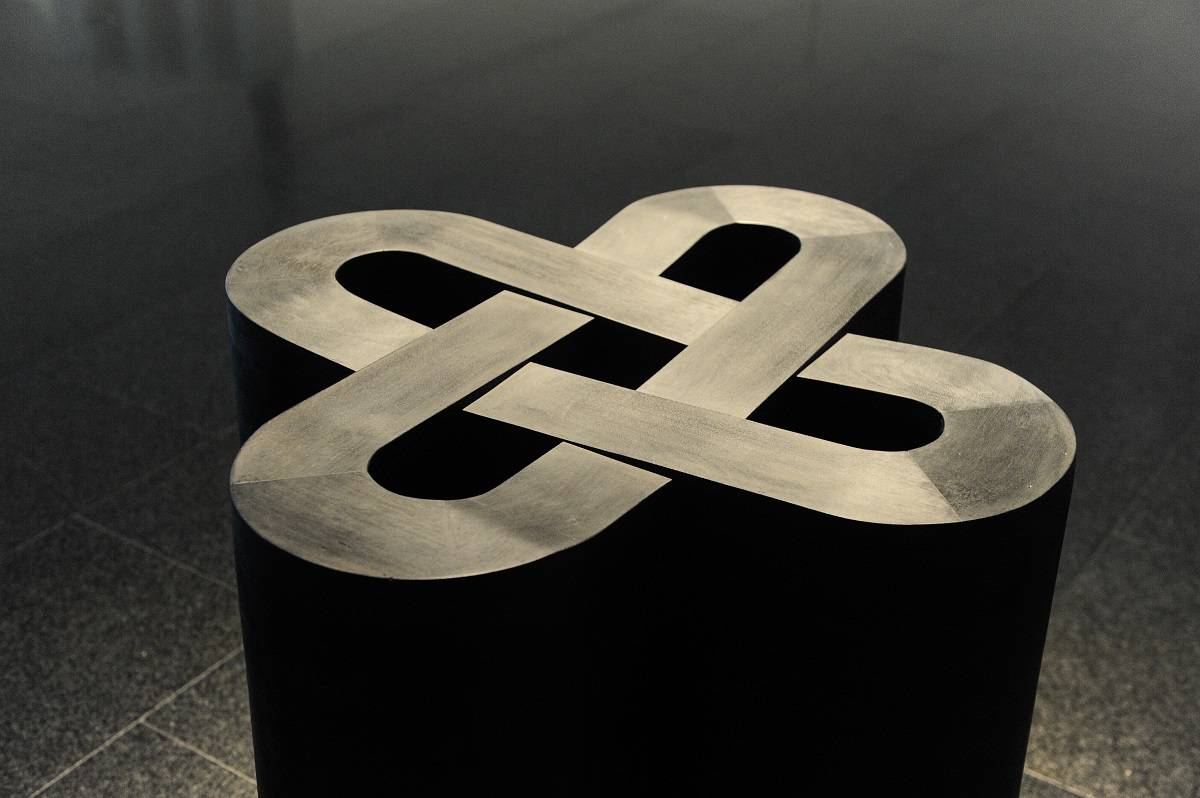 – Iman Issa presents five new works that form part of the Heritage Studies series.
– The exhibition will be open from 21 May to 28 June 2015.
– The Han Nefkens Foundation and MACBA take advantage of the opening of this first exhibition to announce the winner of the second edition of the award.

Iman Issa (Cairo, 1979) uses non-physical material in her work, relying on fiction while exacerbating the tension between objects and the words, names and adjectives used to describe them. In the words of the art critic Kaelen Wilson-Goldie: ‘In one sense, Issa’s work is about radical subtraction. Take the experience of a city, a structure, a monument, a memorial, a campaign poster, a political conflict, an open space, or an evocative story; then strip down the specificities and delete the defining details.’ Issa uses conventional museological displays such as vitrines, plinths, captions, labels and vinyl text to create frameworks for her objects and narratives that exist outside of a particular time or place. In her work, history becomes an exercise in an ahistorical storytelling that can concern us all.

Iman Issa lives and works in Cairo and New York. At the end of 2012 she won the 1st Han Nefkens Foundation – MACBA Award. The aim of this award is to help consolidate the work of artists who, despite a consistent career, are not yet recognised by the international artistic community, and to support international contemporary creation in Barcelona. Issa’s project, which was initially designed for a public space in the city, has been transformed into an exhibition representing a new phase in her series Heritage Studies.

Heritage Studies was begun in 2015. The title of this new body of sculptures comes from the interdisciplinary field of academic inquiry and applied knowledge that relates to the understanding and use of history. In this project, Issa explores historical artefacts that she feels resonate with the current moment. Paying careful attention to scale and material, her sculptures are reinterpretations of the historic artefacts alluded to in the labels: a formal means of exploring the implications of the original objects and their reverberations across time. While Issa’s forms are not replicas by any means, they seek to conjure a shared ethos or communicative potential with their initial reference points; they invite the question: How can an object serve or evade an agenda?

The exhibition also includes the audio piece The Revolutionary (2010), a work that weaves a story around the term ‘revolutionary’ and the meaning(s) it could evoke. Written by the artist and generated using text-to-speech software, the work presents a biographical and enigmatic portrait of a radical political figure.

The Han Nefkens Foundation-MACBA Award, worth 50,000 €, was created with the aim of consolidating Barcelona as an international capital of contemporary art. It is aimed at artists from all five continents, previously selected by a group of 10 artistic talent scouts. One aim of this award is to establish networks between the five continents and make visible the art generated in those countries considered ‘non-Western’.

The jury for the first edition of the Han Nefkens Foundation-MACBA Award (2012) was composed of Iwona Blazwick (London), director of the Whitechapel Art Gallery; Adriano Pedrosa (São Paulo), independent curator, writer and art critic; Christine Tohme (Beirut), curator and cultural activist; Han Nefkens (Netherlands and Barcelona), patron and collector, and Bartomeu Marí (Barcelona), director of MACBA. However, this jury will change for each edition, the only permanent members being the founder of the Han Nefkens Foundation and the director of MACBA.

‘When you share you’re not alone’: this philosophy led the writer and patron Han Nefkens, a Dutchman now living in Barcelona, to found the Han Nefkens Foundation in 2009 to promote artistic production in the fields he is most passionate about: visual arts, literature and fashion. The Foundation carries out its objectives through residency programmes, awards, scholarships and collaborative projects with other entities in Catalonia, the Netherlands and Thailand.

Besides his passion for art, what really motivates Han Nefkens is building bridges between people of different cultures and disciplines: artists, curators, audiences, institutions, organisations, scouts and jurors. ‘During the opening of an exhibition, it gives me great pleasure to see how people from around the world meet and enjoy each other. Through art and with art I want to establish dialogues and promote the exchange of experiences, knowledge and creativity,’ says Han Nefkens.