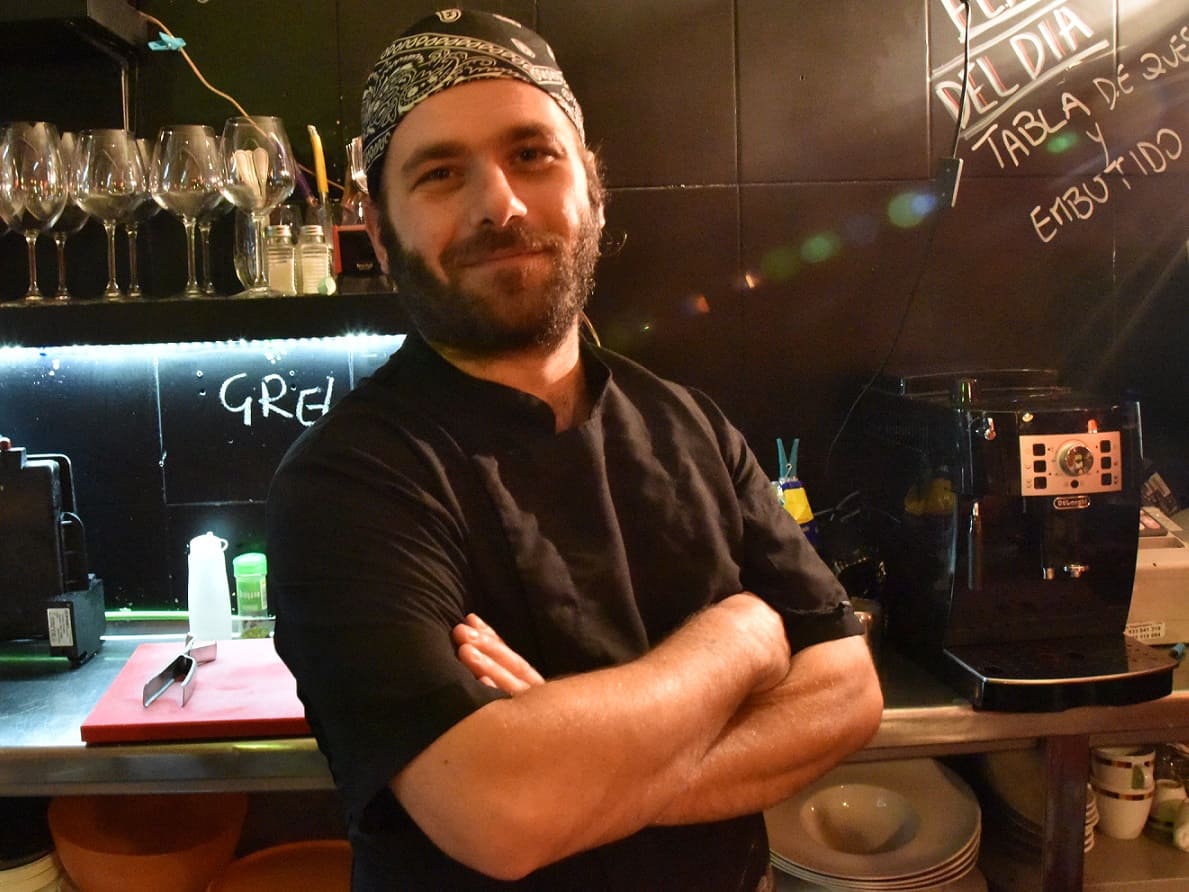 Emanuele de Angelis opened Il Birrino in November of 2016 and it has since been steadily acquiring a reputation as one of the best Italian restaurants in town. The charismatic chef from Campofilone, Italy has been in Barcelona for over 15 years now. Prior to opening his restaurant, Emanuele worked in the kitchen of Mikkeller bar in the Eixample neighborhood. He is also an alumni of Restaurant Bouquet in the Hesperia Tower.

Il Birrino specializes in authentic Italian market cuisine along with a fine selection of local craft beers. The menu draws from classic recipes of Marche, an eastern Italian region situated between the Apennine Mountains and the Adriatic Sea. Dishes are written on a blackboard from which you can select your starters, main course and dessert. The atmosphere is unpretentious and eclectic, creating a harmonious effect with the comforting food that is served.

The Burrata salad uses the creamy and delicious Burrata cheese made from Italian cow’s milk, along with vegetables freshly sourced from the local market. Homemade Focaccia bread with rosemary delightfully compliments the salad and pasta. Be sure to try the Oliva Ascolana appetizer (green olives, breaded and fried), another recipe from the Marche region.

The fresh pasta is prepared before your eyes using the classic steel Imperia machine clamped to the bar. Emanuele uses 120 grams of dough and after being passed through the Imperia it only takes two minutes to boil the threads to al dente perfection.

The house special that has earned wide acclaim is the spaghetti with clams and cherry tomatoes.

The giant wheel of Parmesan cheese, which is set on fire for the Vodka Pasta dish.

Putting the finishing touches on the spaghetti with clams: grated Bottarga (a delicacy of salted, cured fish roe).

A hearty sponge cake for dessert.

Craft beer is sourced from local breweries such as Tibidabo Brewing in Hospitalet. Their 5% Weiss beer called Blatcelona uses a mix of six malts, combining to achieve a sweet caramel flavor. Emanuele also has plans to collaborate with a brewery to make his own red strawberry inspired craft beer.

The part of Eixample where Il Birrino is situated is actually very central but slightly off the beaten path – though probably not for long. It should be noted that the prices are very modest in relation to the quality of the food, this is one of the best value restaurants you will find in Barcelona.