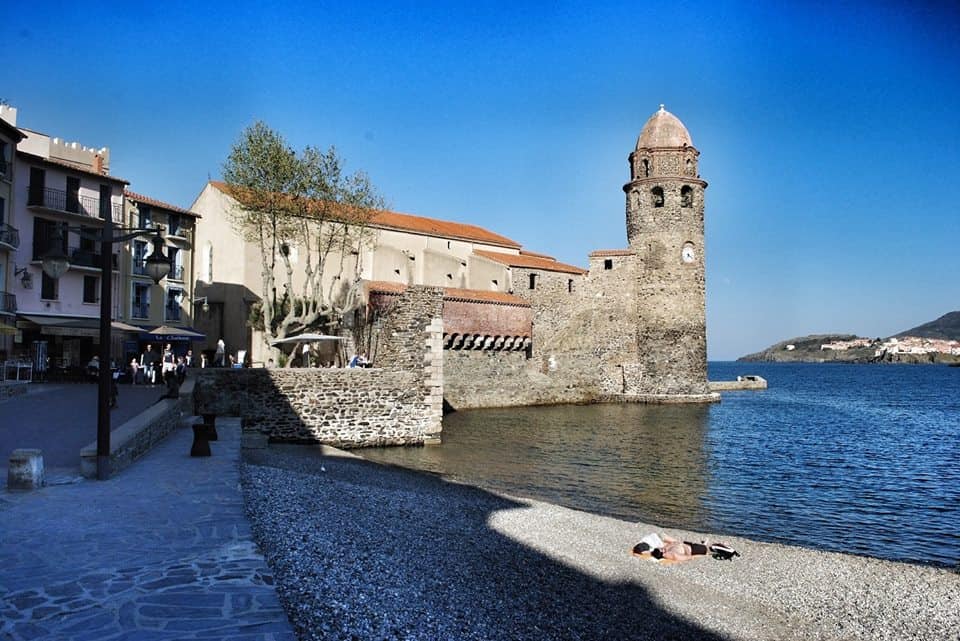 Collioure is a former Mediterranean fishing village on the border of Spain, only about three hours drive from Barcelona. The town is situated in Pyrénées-Orientales department of southern France, on the stretch of the Rousillon coast called the Côte Vermeille.

In 673, Collioure was occupied by Wamba, King of the Visigoths who named it Caucoliberis.

Fauvism traces it’s origins to 1905 when Matisse and Derain arrived in Collioure. Their bold use of color gave rise to being called ‘les Fauves’ (the wild beasts). Nearby Cadaqués on Spain’s Costa Brava was also a magnet for artists, attracting Dalí, Picasso and Miró for it’s unique light and color.