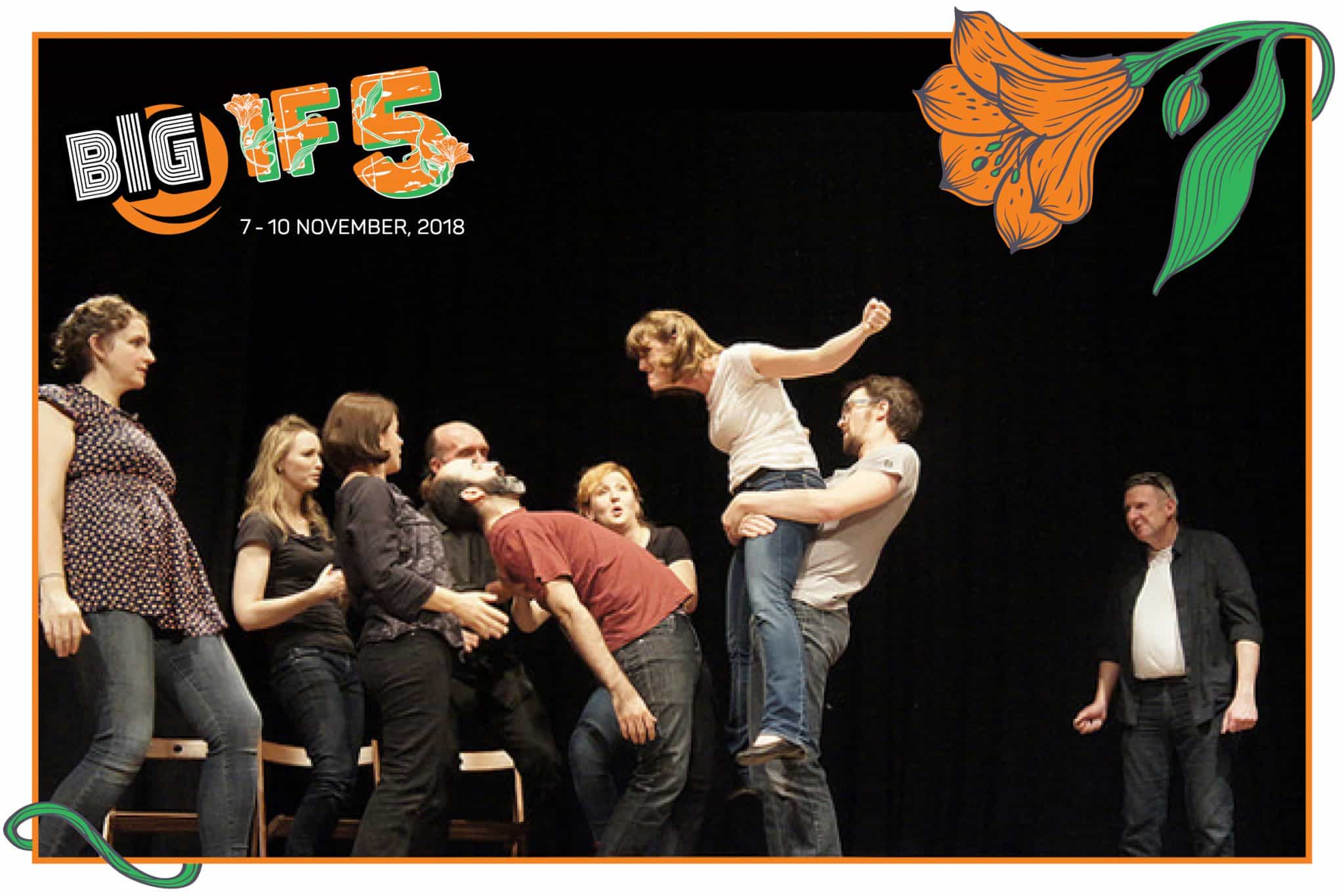 Barcelona’s biggest comedy event is back! This November 7th to 10th you will have the chance to see some of the world’s best improv comedians on stage right here in Barcelona at The BIG IF, Europe’s largest English language improv festival – now in its 5th year!

● 16 original comedy shows that are created on the spot, built around suggestions from the audience, which means that every show is a unique experience. No scripts, costumes, or sets, just fun, fast paced improv comedy
● Improvisers from a wide range of countries including the US, Canada, Spain, France, UK, Ireland, Belgium, Poland, Denmark, Germany, Turkey, Italy, Sweden, Austria, Israel, Finland, Switzerland, Netherlands, and Greece.
● World-class performers like award-winning London heavyweights Do Not Adjust Your Stage, the one man cabaret show “Phil Lunn is __”, and Strasbourg based La Carpe Haute.
● 40 workshops for those who want to learn how it’s done, featuring classes such as how to create an improvised musical, clowning and sound effects.

Why should you care?

● Last year, we attracted 250 workshop attendees and an audience of over 1,100 for the shows
● Previous festivals have been featured in El Pais, Easyjet Traveller Magazine, plus all of Barcelona’s cultural guides, including including Time Out, Barcelona Metropolitan, Barcelona Connect and MiniGuide, as well as on Barcelona City FM and Radio Kanal Barcelona.
● The festival highlights the growing number of English language theatre and comedy groups in Barcelona. Comedy in particular has experienced huge growth recently, with the introduction of more than 10 new shows in the city since 2016. It also reflects the increasing popularity of improv comedy as a genre. In Barcelona alone, there are now 12 improv groups regularly performing.
● BIG is a not-for-profit organization passionate about creating an open and welcoming community around improv, comedy and acting. They perform monthly shows and offer 3 terms of classes a year and open improv workshops every Sunday

Improv (short for “Improvised Theatre”) is an unscripted form of theatre where actors compose theatre as it is performed. Characters, dialogue, and story are created spontaneously through a collaborative effort of the performers.

BIG, short for Barcelona Improv Group has been delighting audiences for the past 7 years with monthly sell-out improv comedy shows at Tinta Roja theatre. Formed in 2011 by a group of actors and comedians, they have built an international network of performers and improv lovers, creating a space where they can all work together and make new friends, around a base of creativity, communication and collaboration.