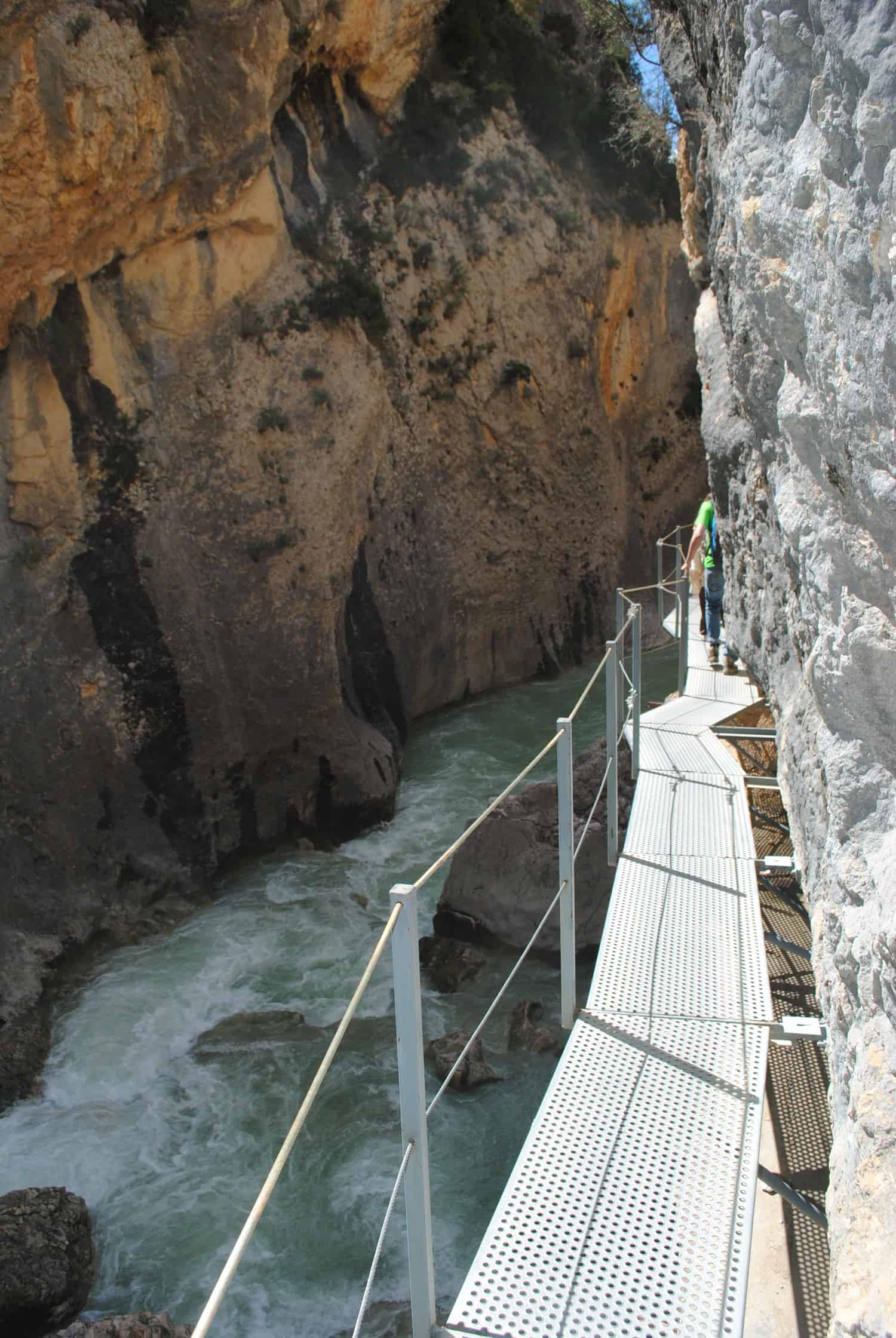 The historic village of Alquézar, originally Moorish, is perched 660 meters high in the limestone of the Sierra de Guara mountain massif, running parallel to the Pyrenees mountain range in the province of Huesca (Aragon).

The name is derived from the Arabic word al-qasr, meaning castle or palace. In 2012, Alquézar had a population of 301.

The town at first grew around a Muslim fortress built in the ninth century by Khalaf ibn Rasid amid a struggle against the Carolingians occupying Sobrarbe (predecessor to the Kingdom of Aragon).

In 1064, the fortress was taken over by Christians after King Sancho Ramírez took the nearby town of Barbastro. Thereafter, a military garrison and religious community was established. While the Gothic cloister dates from 1258, the present Collegiate church of Santa María de Alquézar was built in the first half of the 16th century by Juan de Segura.

The turquoise colored River Vero runs alongside the village, in between impressive canyons. Alquézar is known for it’s outdoor activities such as hiking, canyoning, horseback riding, mountain biking, rock climbing and camping. The area is popular with ornithologists due to the presence of eagles who nest in the Rio Vero canyon.

Within hiking distance of Alquézar, there are numerous limestone caves with prehistoric cave paintings. The region was declared a World Heritage Site by UNESCO in 1998.

The Somontano County of Huesca, in which Alquézar is situated, is also known for its outstanding wines. The trip to Alquézar from Barcelona only takes two and a half to three hours by car, making it an excellent day or weekend excursion.